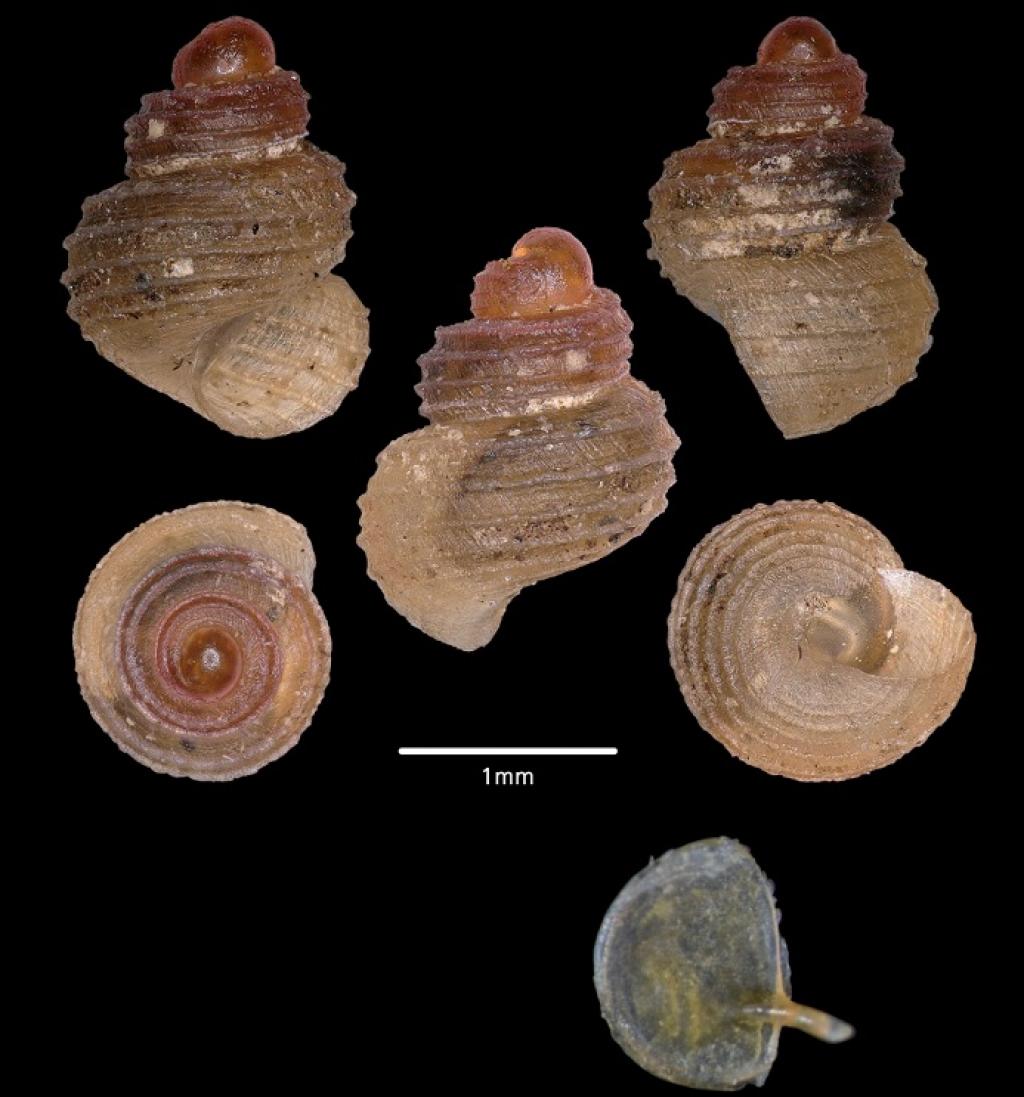 A micro snail species named Georissa mawsmaiensis has recently been discovered from Mawsmai, a limestone cave in Meghalaya, 170 years after the last such discovery was made.

It was in 1851 that Georissa saritta, a member of the same genus as the latest find, was collected and described from the Musmai (Mawsmai today) valley near Cherrapunjee by WH Benson.

The discovery this time has been reported in the Journal of Conchology. The researchers involved in the discovery are Nipu Kumar Das and NA Aravind of the Ashoka Trust for Research in Ecology and the Environment (ATREE), Bengaluru.

New species of snail discovered in Meghalaya by a team of scientists at ATREE. The new species, Georissa mawsmaiensis sp. nov. was discovered in an expidition in a limestone cave by ATREE's Nipu Kumar Das and @naaravind. pic.twitter.com/sE3q30iM6Z

The researchers, however, worry that the high tourist influx to the cave will be a major threat to the species:

The Mawsmai cave is one of the major tourist attractions in Meghalaya. Some changes have been made to increase the aesthetics of the cave, such as artificial lights and cemented floor and steps. These changes, along with the high tourist influx, may pose threat to this micro snail species including other cave faunas.

Meghalaya is known for its caves, which are visited by several tourists. According to the Meghalaya tourism website:

Some narrow, some tall and some incredibly deep, the caves of Meghalaya are carved as water meets limestone and sandstone, creating otherworldly formations and eco-systems underneath our feet hiding magnificent formations, rare species and fossils from millions of years ago.

It adds: “We are still learning about these complex cave systems and many areas have not been mapped at all. Veteran spelunkers and fully equipped adventurers have been forging into the subterranean frontiers on Meghalaya’s southern edge every year during the dry season.”

About 1,700 caves in Meghalaya have been identified till date and many more are yet to be discovered. Researchers say only the Siju cave is well-documented for its fauna and there are very limited studies conducted on other caves.

The members of the Georissa genus are widely distributed across and reported from Africa, Asia, and the Pacific. However, they are confined to microhabitats consisting of limestone caves or karst landscapes formed by the dissolution of limestone.

Georissa is found in soil or subterranean habitats in lowland tropical forest as well as high altitude evergreen forests or on rock surfaces rich in calcium.

Das and Aravind collected samples of Georissa during a field survey of Mawsmai during the first week of August 2018. Specimens were collected on the surface of moist limestone rocks approximately 4-5 metres inside the cave entrance. The cave was dark, with the exception of a few artificial lights.

They then compared their specimen with photos of G saritta Benson, 1851. Tom White from the Natural History Museum in London lent the photos to them.

Das said the species they discovered was unique from Georissa sarrita in its shell morphology, starting from shell size variation to the presence of four very prominent spiral striations on body whorls of the shell.

“These spiral striations, which are counted from the suture to aperture in apertural view, are seven in Georissa sarrita,” he added.

Das and Aravind said despite being rich in biodiversity, this region of India was underexplored. A further extensive survey of the limestone caves in Meghalaya and other parts of India might yield interesting snail fauna, including many new species of Georissa, they added.

The Mawsmai cave is situated in the small village of Mawsmai, around four kilometres from Cherrapunjee (Sohra) in the East Khasi Hills district of Meghalaya. The term ‘Mawsmai’ means ‘Oath Stone’ in the Khasi language. The Khasi people use the local term ‘Krem’ for the cave.

Mawsmai cave is located at an altitude of 1,195 metres above sea level and is indirectly influenced by the streams of the Kynshi river originating from the East Khasi Hills.