Are we ecological serial killers or benevolent conservationists? Muriel Kakani narrates some refreshing perspectives of camel herders in Rajasthan 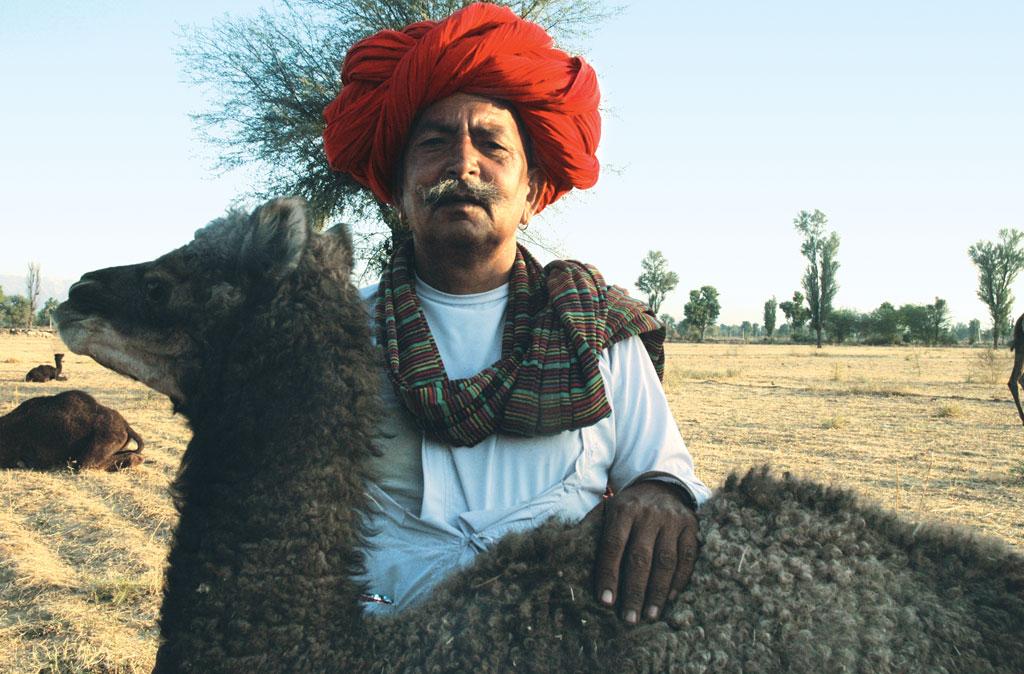 Historian yuval Harari, author of Sapiens: A Brief History of Humankind, says Homo sapiens are ecological serial killers; we have been planet Earth’s mega-predators. Anthropologist Steven LeBlanc says humans have never lived in ecological balance with nature. “Humans have not been able to control their population growth, nor have they been able to avoid overexploiting their environments.”

But there are fascinating examples of how nature has done better with Homo sapiens around. For instance, in Kenya, the movement of the Masai—who herd their cows into short-grass savannas during the wet season and bring them back to water holes when the rains stop—have literally landscaped Kenya and Tanzania to the benefit of wildlife. “They grazed their cattle and left behind woodland for elephants. In time, the elephants created the grassland again. You get a patchy mosaic of grass, woods, and shrublands. That’s the reason for the Savannah’s diversity,” says Alan Welsman, author of The World Without Us.

In India too, there are numerous examples of how humans and wildlife have coexisted in perfect symbiosis for centuries. Take the case of the Raika community in Rajasthan, who herd camels, goats and sheep. Wrongly blamed for deforestation, they are actually doing their bit to keep the phenomenon of desertification in check.

To document this, I travelled to the tropical dry deciduous Kumbalgarh forest in Pali district a few months ago. This is the grazing ground for camel herders of the Raika community since time immemorial. Sizzling with excitement on a peak summer day, I followed two members of the Raika community, Tanya Raika and Bhagwan Raika, along with nomadic Rabari herders. Their herd comprised about 50 camels, and we travelled through the rocky hills into the jungle of Kumbalgarh.

The dry forest comprises identical-looking small thorny trees—orabjio (Acacia leucophloea), khejri (Prosopis cineraria) or the desi babool (Acacia nilotica). After several hours of walking in the scorching sun, the men sat down to rest under the thin shadow of a babool tree, while the herd dispersed in the forest to graze.

“Where can I get water?” I asked the two men, pointing to my empty bottle. “No water,” they replied, looking least bothered. I looked around… in the middle of this despairingly bone dry jungle, searching for an answer, desperately.

Then Tanya Raika got up and caught one of the lactating female camels. He tied the front leg of the animal with a rope, so that it could not escape. And when the calf started suckling, he began to milk her. Once his chada (milking vessel) was filled to the brim, Tanya Raika pulled out an Aak leaf (calotropis) from his mighty red turban. Bhagwan did the same and offered me one. He then showed me how to fold it to make a non-leaking cup, and poured the milk into it. 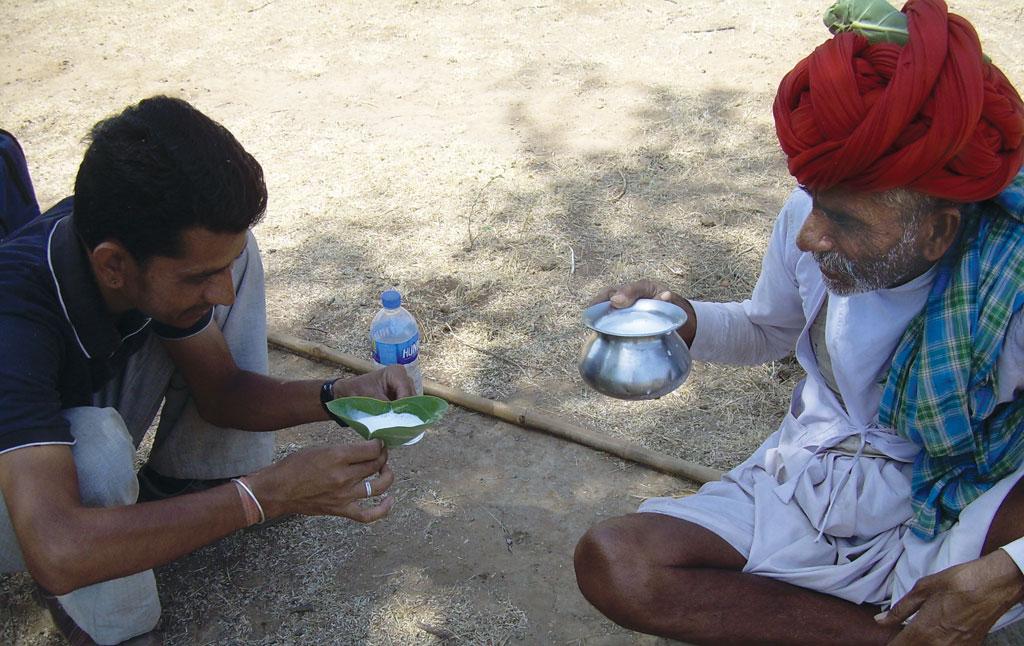 “Wow! Not bad,” I said. The camel milk tasted sweet, as if sugar had been added to it. I happily quenched my thirst by gurgling down a full litre of the warm raw nutritious organic milk, a treat for a health freak like me.

A few days later, I travelled to the National Research Centre on Camel in Bikaner to continue my research. Here too I was offered camel milk. “Just a glass,” I asked myself, looking disappointingly at the man dipping a plastic glass into a bucket of fresh milk.

To my surprise, the milk tasted bitter. How could that be? After investigating, I realised that the camels at the research centre didn’t graze the lush diverse vegetation of a natural jungle. Here, the camels were taken to the nearby degraded lands where only Prosopis juliflora, also called videshi babool grows—a tree usually avoided by animals as its bean is toxic. To compensate, the animals were also fed with processed palettes made of 65 per cent guar (Cyamopsis tetragonoloba), 20 per cent peanut grass and 15 per cent concentrate.

The animals at the research centre are certainly well-fed and healthy, but somewhere the partnership of humans and nature has been broken. In the scorched forest of Kumbalgarh, traditional Raika herders are assisting nature in wild biodiversity conservation. In return, nature has blessed the herders with a nutritious milk to survive in one of India’s harshest environments.

Unlike goats that eat plants down to the roots, camels are economical feeders who never overgraze. They take only a few bites of a plant before moving to another. In fact, it is said that camel feeding behaviour stimulates tree growth and triggers the development of new green shoots. Livestock also plays an important role in the dispersal and germination of seeds, thus contributing to plant biodiversity. It can be said that camels help conserve vegetation. Scientists studying grazing patterns of camels have concluded that they actually keep desertification in check. Homo sapiens are neither ecological serial killers nor benevolent conservationists. They are just a big bunch of unconscious humans, mostly benevolent, but at risk of turning serial killers when their survival is at stake.

Muriel is a Belgian living in India for the past 20 years. She is the author and illustrator of Ecological Tales from India and The Mystery of Blue.