Nepal’s tigers triple: India had and will continue to have a role to play, say experts 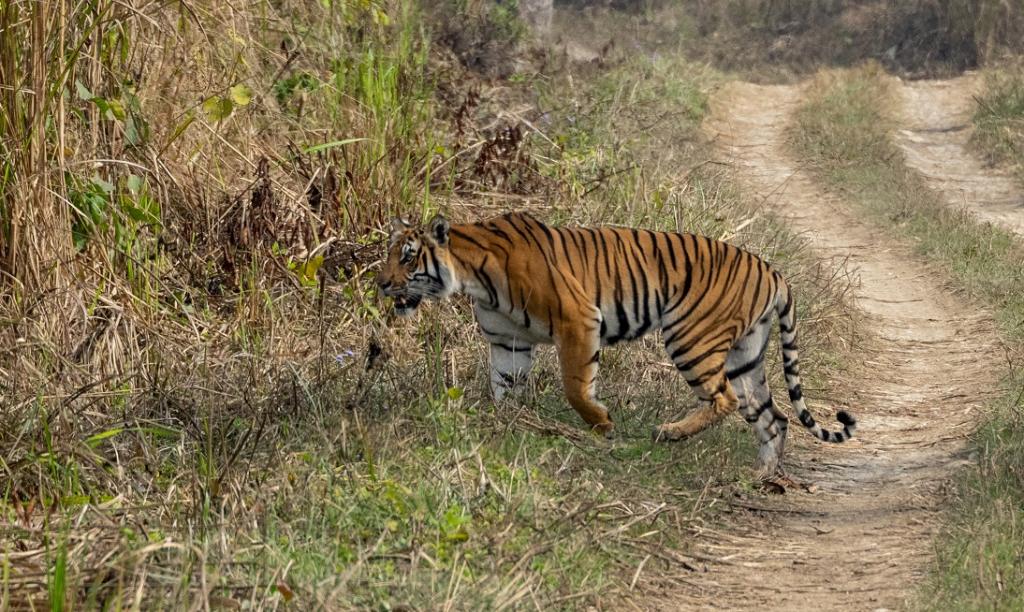 Indo-Nepalese collaboration played a significant role in tripling Nepal’s tiger numbers, which were announced by Prime Minister Sher Bahadur Deuba at a programme in Kathmandu to mark International Tiger Day July 29, experts told Down To Earth.

India will continue to play a very important role in the developing scheme of things, they added.

“Globally, Nepal has fulfilled its promise made in 2010 in St Petersburg to double its tiger numbers by 2022,” Shiv Raj Bhatta from the World Wide Fund for Nature, Nepal, said.

“But because all our protected areas border India and we have very good coordination with India on tiger conservation and management across corridors in the Terai Arc Landscape, we were able to increase our own numbers,” he added.

Samir Sinha, chief ecologist at the non-profit Wildlife Trust of India, said the development had important ramifications for India’s own tiger conservation efforts.

“We cannot look at populations in isolation in contiguous habitats. If the tiger population has increased on the Nepalese side, there is bound to be dispersal. Subsequently, the population on the Indian side too will increase,” he said.

Sinha added that if tiger numbers had increased, protection measures too would have to follow suit as animals did not recognise political boundaries, especially in contiguous areas.

“We will have to be vigilant on our side of the border in case of dispersal,” he added.

Status of Tigers and Prey in Nepal 2022, released July 29, “synthesises the findings of the fourth nationwide tigers and prey survey” in Nepal. The survey was conducted between December 2021 and April 2022.

The country has been conducting periodic assessments of tigers at intervals of four years since 2009. The first, second and third nationwide assessments carried out in 2009, 2013, 2018 estimated 121, 198, and 235 tigers, respectively.

Tigers were recorded in 16 of the 24 districts of Nepal during the survey. These are:

The survey found that the total number of tigers in Nepal was 355 animals. This is an approximate increase in the national tiger population by 51 per cent since 2018

The combined prey density (per square kilometre) in Protected Areas and adjoining forests was 75, 100, 33, 90 and 146 in Parsa, Chitwan, Banke, Bardia and Shuklaphanta National Parks, respectively.

The report credited the increase in numbers to effective implementation of periodic tiger conservation action plans on the ground, the establishment of Banke National Park, the extension of Parsa National Park and the restoration of critical corridors.

It also noted that strategic interventions would be needed in the future to maintain these tiger populations.

“These will need to be supported by further improvements in protection and management interventions, research on human-tiger conflict and tiger ecology as well as greater engagement with communities,” it added.