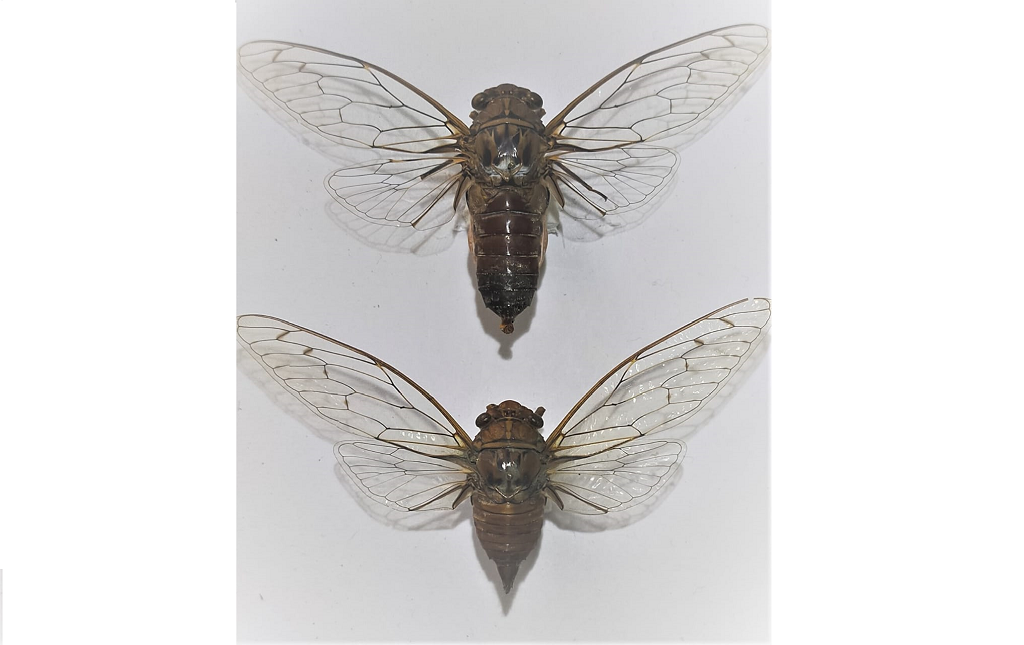 Cicadas, with their acoustic signatures, act as indicators of a healthy forest ecosystem. But unfortunately, they do not get much conservation support.

“At present, our focus is on butterflies. There are no conservation measures for cicadas,” said SR Hajong, a professor of zoology at the North-Eastern Hill University, Shillong.

Hajong had found a new cicada species Platyomia kohimaensis in the Naga Hills, Nagaland almost after a century. “No new cicada was discovered after those found by British entomologists in the Naga hills in the early 1900s,” he said.

The discovery was published in the Zootaxa journal September 28, 2021. Naga hills, which lie within the Indo-Burma biodiversity hotspot.

The collection site of Platyomia kohimaensis was a semi-disturbed forest patch, with human activities as evident nearby in the form of farming and agriculture land.

The main threat to many cicada species is their rapidly diminishing natural habitat, where they live and breed, according to experts. “In the North East, clearing of forest land and wildfires kill many nymphs underground,” he added.

Some cicadas like Savazana mirabilis and Salvazana imperalis they discovered in Meghalaya prefer only certain tree species found in undisturbed forests, according to Hajong.

Vivek Sarkar, a Phd scholar at the North Orissa University researching on taxonomy and natural history of cicadas in Meghalaya, said:

As of now, it's not even recognised as a taxa of significance. We are trying to change the scenario by producing more and more information on their ecological significance and natural history.

He and his team have documented a case of local extinction of a cicada species in 2019. “They are potentially one of the significant victims of the ‘crisis of nameless extinction’, added Sarkar.

Cicadas are hemipteran insects known for their loud, complex and species-specific acoustic signals or songs. The generic diversity of cicadas in India and Bangladesh ranks the highest in the world, followed by China. Most cicadas are canopy dwellers and are found in natural forests with large trees.

The periodical cicada Chremistica ribhoi (locally called niangtaser and popular as ‘world cup cicada’) described in 2013 is confined to areas surrounding the Nongkhyllem Wildlife Sanctuary in Meghalaya, extending north up to Jirang block in Ri Bhoi district bordering Assam. The habitat cuts through Patharkhmah and Warmasaw villages and Mawden Forest.

Earlier, the species had a much wider range, up to areas near Byrnihat and Orlong Hada in the east, bordering Assam. “However their emergence is now confined to only areas adjoining Nongkyllem Wildlife Sanctuary. We have no reports of its occurrence anywhere else,” Hajong said.

The emergence of this cicada occurs more in areas around undisturbed bamboo groves, the professor added. “We noticed emergence in areas with regenerated bamboo forests, although the areas covering bamboo groves are widespread,” he said.

Large-scale clearing of natural forest land into human settlement and agricultural fields, along with burning of forests is behind this shrinking distribution, according to Hajong.

Moreover, the species is considered a delicacy and fetches a good price, he added. “Unabated capturing and killing of this cicada species during its mass emergence also poses a threat to its survival.”

The newly discovered cicada sings only in the dusk for a few hours, according to Hajong. “The sound is like a continuous cackling...like kok..kok..kok..kok,” he added.

Hajong was resting in a farmhouse during his cicada expedition when this unique sound in between the choruses of the common and abundant Platylomia radha. Hajong initially thought it was coming from a tree frog.

Sometime after dusk, a few more of these calls were heard, isolated and never in a chorus coming from a patch of smaller trees. The cackling timbalisation from a nearby oak tree led to the discovery of the new cicada variety.

“Most cicadas call during the day. But this one calls only for a few hours window around dusk. We may miss them if we are not around the forest at that time of the day,” Hajong said.

The species was found near the village of Mitelphe within the Kohima district. ​