Scientists have discovered an entirely new species of shieldtail snake from the Western Ghats in Tamil Nadu, which differs from other members of its group as it has a broader and longer head and more number of scales on its belly, according to a recent report published in the journal Zootaxa.

Scientifically named Uropeltis bhupathyi, the new snake species is presently only known to exist in the Anaikatty hills of Tamil Nadu which is dominated by a deciduous type of vegetation. Scientists have named the newly discovered species as Bhupathy’s shieldtail snake in honor of Dr Subramanian Bhupathy who was a noted Indian herpetologist.

At present, there are 45 known species of shieldtail snakes in the world, of which 30 are endemic to India and 15 to Sri Lanka. The name ‘shieldtail’ comes from their heavily keeled tails that terminate in disk-like shields or multiple spines in most species. They are small sized snakes, typically 25 to 50 cm in length and live in loose soil among plant roots or under decaying vegetation. They are inoffensive, non-venomous, and easy-to-handle owing to their inability to bite because they have short head and mouth. They come in a variety of colors, mostly dark shades of grayish black/brown and feed on earthworms and arthropods.

“Luckily, we could locate 15 specimens of the new species between September and December of 2015, which was monsoon season, without any need for digging surveys,” said VJ Jins, a researcher at the Sálim Ali Centre for Ornithology and Natural in Coimbatore, Tamil Nadu. Jins was the one to have first discovered the new snake species. In 2016 and 2017, he found more specimens of the new species but since the snake species is known to occur in a single small locality and there is limited information about its natural history, the authors have categorised it as ‘data deficient’ in the IUCN Red list of threatened species as of now.

Although a detailed examination of physical features was sufficient to establish that their find was a new species to science, they still performed a DNA analysis to corroborate the findings further, said Jins. During his study, he located three individuals in road kills on the Anaikatty-Coimbatore state highway. He also observed that the soil in the area was increasingly being exploited by brick manufacturing industries. In addition to these threats, he observed five specimens of the new species who had severely deformed heads. “The deformation looked like a disease rather than an injury. These individuals were alive but could barely move,” Jins told Down to Earth. 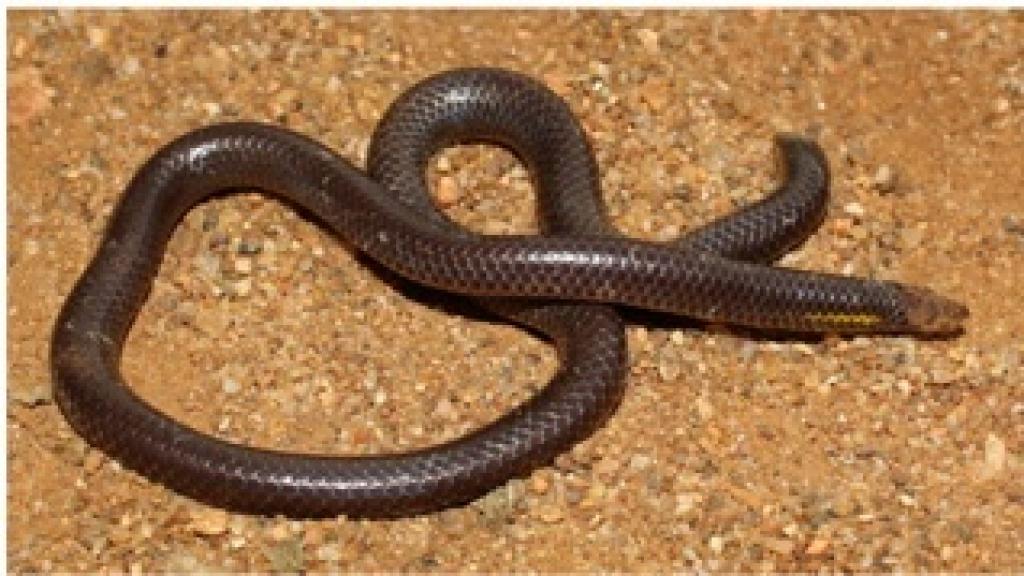 According to the authors, “The news species faces threats from road traffic, habitat loss, and a possible fungal infection that leads to deformed heads. We need to protect its habitat to conserve this species and probably others that are yet to be discovered from this region.”