New vine snake species found after a gap of 113 years 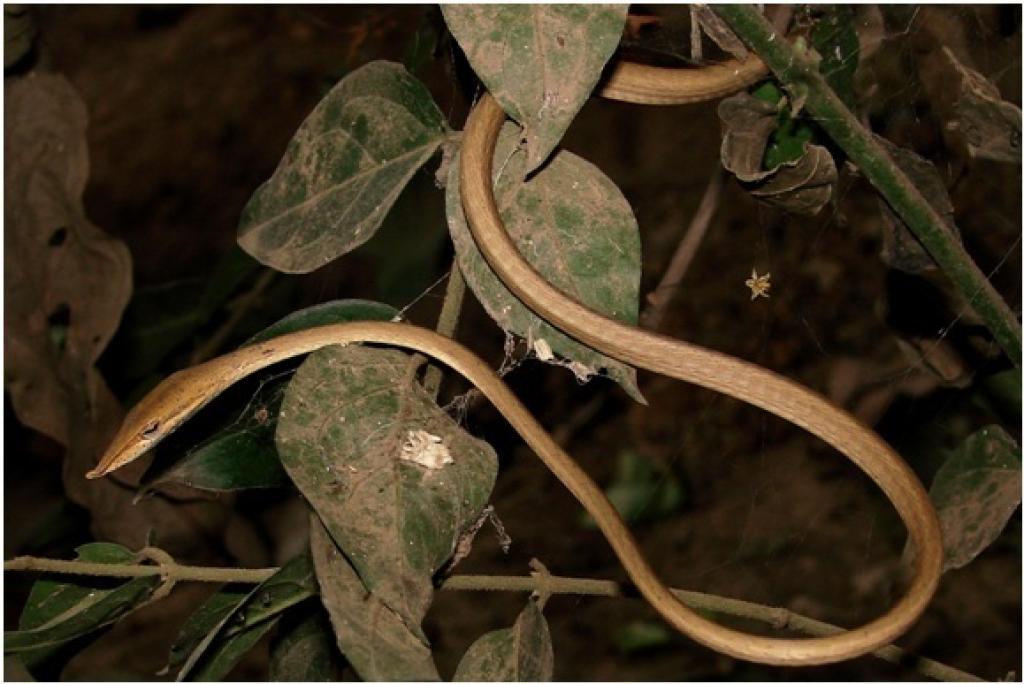 Vine snake is a slender rear-fanged snake with narrow heads, and pointed snouts. Belonging to the family Colubridae, it has three prominent genera –Oxybelisfound in American continent, Thelotornis found in Africa and Ahaetull, which is distributed through India and Southeast Asia. Seven vine snake speciesare found in India. The taxonomy of Ahaetullavine snake is not fullyunderstood and there is no consensus on species characterization. The recent advancements in molecular technology are helping to study the species.

It took about 10 years of field and laboratory work to describe the new species. Scientists have named it Ahaetulla laudankia or Laudankia vine snake since it was found in Odisha. The local name for vine snakes in the eastern State is Laudankia or Laudaka, as the snake resembles dried stems (‘danka’) of bottle gourd (‘lau’).

A discovery has an interesting story behind it. In 2009, researchers collected a brown coloured snake from Similipal Biosphere Reserve andthey initially thought it may be haetullanasutaisabellinus, a sub-species of the common vine snake found inIndia. However, after studying another brown vine snake specimen (Ahaetullapulverulenta) from Baripada also in Odisha, they noticed some variations in color between the specimens.The researchers felt that the specimen they had collected from Similipal may be a new variety. However, they came across three more specimens from Balasore district of Odisha, which further intrigued them.

A molecular analysis was conducted and it proved that theinitial specimen was indeed a unique species. Itwas genetically distinct from green vine snakes. After reviewing all the literature pertaining to the brown coloured vine snakes from India and after cross-validating with two old collections of brown vine snakes from Rajasthan, the team was convinced it had discovered of a new species. Theyhave published a report on their work in the Journal of Natural History. Theentire sequence of research took about a decade.

Speaking about future programme, Pratyush P. Mohapatra,a member of the research team the Central Zone Regional Centre of Zoological Survey of India said,“We are now trying to find the snake’sdistribution range.The immediate target is to find the original distribution range.We are mapping its presence throughout India.We are getting information about itsoccurrence from different parts of the country.”