Nilgais and wild boars frequently damage crops in the western, central and northern parts of the country 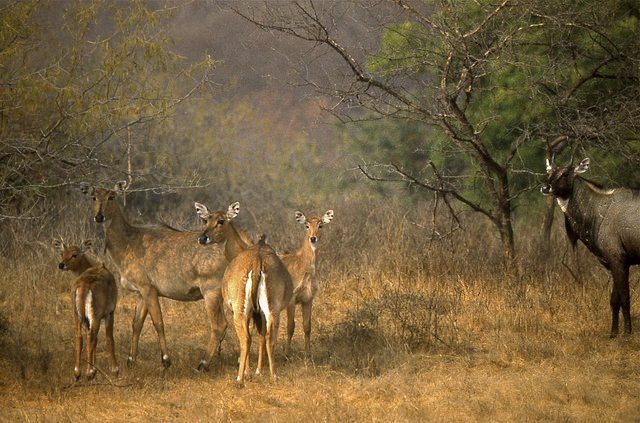 In a move that will come as a relief for farmers, two animals—the nilgai and wild boars—have been declared as vermins by the Centre in Bihar for a year. This has come into effect from December 1, 2015.

In a notification issued by the Ministry of Environment, Forests and Climate Change, nilgais and wild boars have been declared as vermins “to mitigate the damage to human life, crops and other properties in Bihar and for ensuring conservation”.

Nilgais (Boselaphus tragocamelus) and wild boars (Sus scrofa) both fall under Schedule III of The Indian Wildlife (Protection) Act, 1972 (amendments were made to the Act in 1993 and 2002). Section 62 of the Act, says the Centre can declare any animal a vermin for a specified period of time.