The numbers are much more than previous years, implying that the adult breeding population is increasing 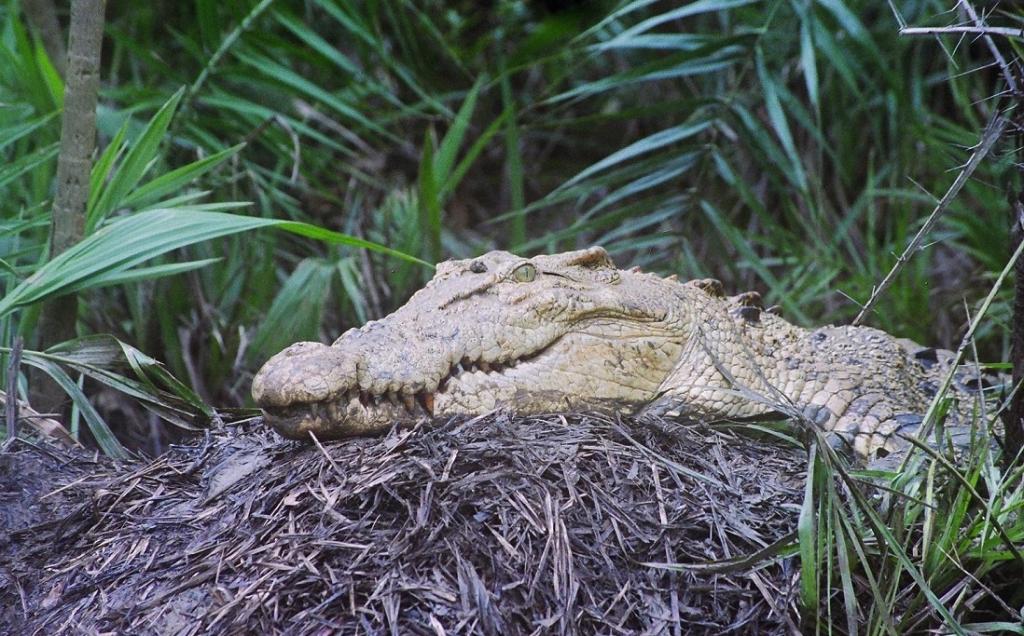 A record number of saltwater crocodiles laid eggs during the nesting season this year in Bhitarkanika National Park situated in Odisha’s Kendrapara district, with forest officials counting 122 nests from May 1-June 24, 2022.

“Last year, we counted only 84 nests in Bhitarkanika due to inundation and tidal waves associated with Cyclone Yaas in May 2021,” JD Pati, the divisional forest officer of the park, told this reporter.

“The number of crocodile nests has increased this year due to good weather. The nests are usually prepared with mangrove twigs, leaves, mud, etc,” Sudhakar Kar, a noted crocodile researcher and a former forest official, said.

The nests are usually made on high ground to protect them from inundation during high tide in the rainy season. The high ground also enables the nests to get direct sunlight, Kar added.

A female crocodile lays 50-60 eggs in a nest. One out of 500 crocodile hatchlings in the wild turns adult. The female guards the eggs from predators like jackals, wild dogs, fishing cats, vultures, water monitors, wild boars and other animals.

“The crocodiles also cover the eggs with leaves to prevent their exposure to rainwater during the rainy season,” Kar said.

The Odisha forest department bans the entry of people into the park from May 1-July 31 every year, during the mating and breeding of crocodiles.

The then ministry of forest and environment had, in 1975, started a crocodile breeding and rearing project in Dangamala within Bhitarkanika, in collaboration with the United Nations Development Programme.

Thanks to the success of the project, the crocodile population started increasing in the creeks, river and other water bodies of the park and its nearby areas.