The chick has been spotted in the Desert National Park in Rajasthan’s Jaisalmer district, the last major stronghold of the imperiled bird 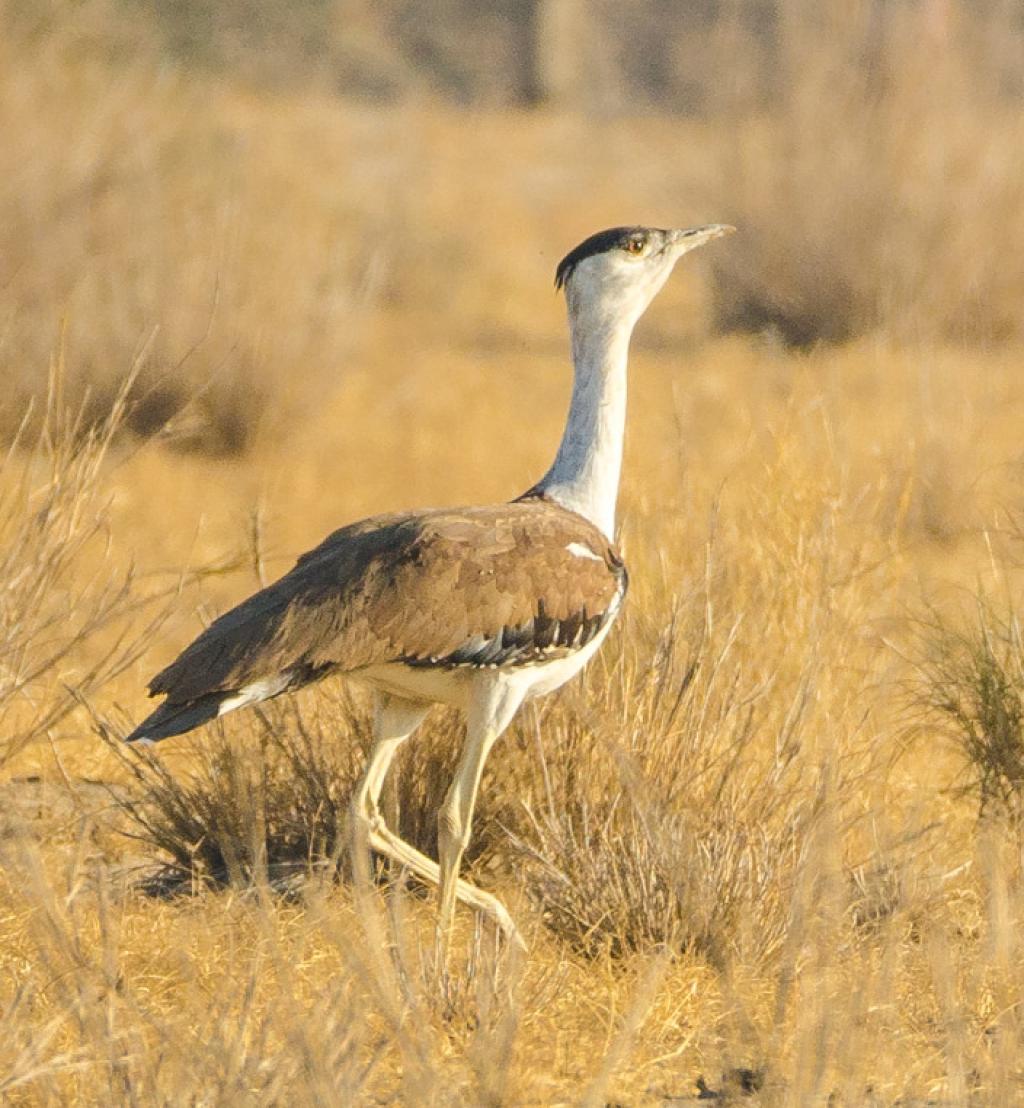 In some good news for Indian conservation, one of the first Great Indian Bustard (GIB) chicks from this year’s breeding season has been sighted in Jaisalmer’s Desert National Park (DNP), the last major stronghold of the species in the world.

The chick was spotted near an enclosure built by the Rajasthan Forest Department in the Sudasari area of the DNP. “GIBs are usually found between a place called Ramdevra, a satellite enclosure of DNP, which is also located in the district, and the Sam and Sudasari areas of the DNP. It is 150-180 km as the crow flies, between these two areas,” says Sumit Dookia, Assistant Professor, the Delhi-based Guru Gobind Singh Indraprastha University, who provides guidance to the Ecology and Rural Development Society, a local non-profit that works with locals on conservation measures for GIBs in the area. It was the members of this organisation that spotted the chick.

“The chick has been seen near the enclosure and we have shared the information about the location only with the Forest Department. We have not given it to anybody else because it can harm the chick,” says Dookia.

The “enclosures” are in fact, kraal or boma-type of structures meant to keep predators including wild boar, foxes and feral dogs away from the GIBs as they are known to kill adults and young alike. The Desert National Park has a series of enclosures exclusively for in situ conservation of the GIB. “Since GIBs are a mixed-habitat species, they use both, the enclosure as well as nearby grasslands and agricultural fields in villages within the park. This is after all, an effort to breed the bird in an in situ manner rather than captive breeding,” says Dookia.

He explains the breeding season of the GIB. “The season begins a week before the monsoon and lasts till September and October. Usually, there is one male, who has a harem of several females. As a courtship ritual, the male displays its feathers before the female and then proceeds to mount her. Like all birds, female GIBs too have a uro-genital opening called the cloaca. During intercourse, the female opens it and the male drops in his semen. The male continues its display until it has mated with all the females in its harem.”

Each female will lay only one egg each season on average. “If the egg is eaten by a predator, the birds will have to wait till next season to sire another offspring,” says Dookia.

“The volunteers are making sure that they keep an eye on the activities of all birds, including the newest arrival. In collaboration with forest department, they keep a lookout for poachers and also discourage tourists from visiting the area where the chick has been spotted,” he added

When asked as to how many new arrivals could be expected this season, Dookia said, “Difficult to say. But one is thing is for sure. It will be more than one.”