Sea cucumbers most frequently trafficked marine species in India between 2015 and 2021: Analysis

Tamil Nadu recorded the highest number of marine wildlife seizures between 2015 and 2021, according to an analysis by Wildlife Conservation Society-India 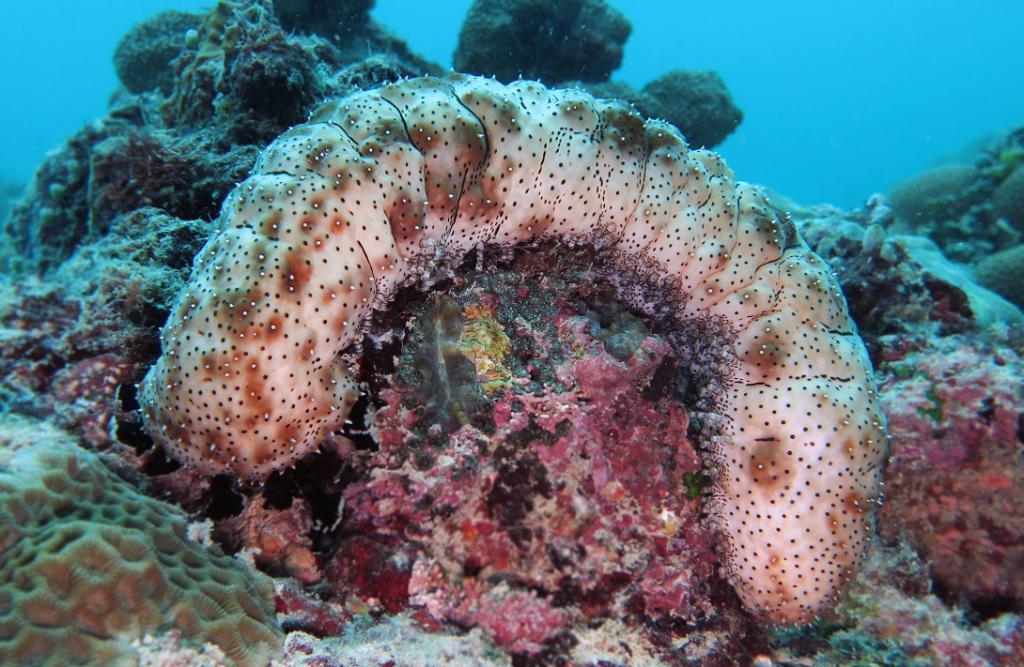 Sea cucumbers were the most frequently trafficked marine species in India between 2015 and 2021, a new analysis by the Wildlife Conservation Society-India (WCS-India) has shown.

Tamil Nadu recorded the highest number of marine wildlife seizures during this period, the analysis added. The state was followed by Maharashtra, Lakshadweep and Karnataka.

The analysis, titled Illegal trade in marine species in India 2015-2021 is based on the assessment of 187 media reports about marine wildlife seizures in India between 2015 and 2021. It recorded illegal marine trade in seven species groups — sea cucumber, coral, seahorse and pipefish, shark and ray, seashell, sea fan and sea turtle.

The WLPA provides these species with varying levels of protection across four schedules (I, II, III and IV). Yet, poaching and illegal trade persist, threatening the local population of such species and subsequently the coastal habitats they thrive in, the analysis noted.

The researchers found that 64,172 kilograms plus 988 individuals (unweighted) of sea cucumbers were seized by enforcement agencies in Tamil Nadu, Lakshadweep Islands and the Andaman Islands.

At least 11 incidents involving sea cucumber seizures were reported each year, with 2020 recording the most number of incidents (21 incidents), followed by 2016 and 2017 (20 incidents).

Out of the 122 sea cucumber incidents recorded between 2015 and 2021, 34 incidents either mentioned attempts to illicitly export sea cucumbers to neighbouring countries or countries with established markets for trade.

Sri Lanka (26 incidents), China (six incidents) and Malaysia (two incidents) were recorded as countries that are either transit locations or destinations of the intended trade.

Consignments meant to be exported to Sri Lanka were documented to be originating from Tamil Nadu in 24 incidents and Lakshadweep in two incidents.

Sri Lanka was recorded as the most common international location. But it was intended to be a transit location for further transport towards destination countries in southeast Asia.

Sea fans (20 incidents) and Syngnathidae, ie, sea horses and pipefshes (18 incidents) were the second- and third-most commonly traded groups. Trade in sea fans was not recorded during 2015-2016. Similarly, no seahorse and pipefsh incidents were recorded in 2020.

International routes with domestic transits recorded were from:

Consignments recorded to be directly transported internationally were from

Some 15 incidents were reported from 2017 to 2021 of attempts to trade meat, fins, gill rakers, dried skin and teeth belonging to sharks and rays protected under WLPA and the Convention on International Trade in Endangered Species (CITES).

Shark fins were the most commonly recorded product, reporting a total of 14,188 kg of processed and dried fins across eight incidents.

Media articles reporting incidents of corals and seashells combined for a total of 25 incidents across 10 different states, including land-locked states such as Delhi, Madhya Pradesh, Andhra Pradesh and Uttar Pradesh.

Other seashell species seized, which do not have protected status in India included Queen conches (Strombus gigas), Cowrie shells (Cypraea spp.) and unidentifed shells belonging to the families Tegulidae and Arcidae.

The authors of the analysis noted that 80 per cent of the incidents reported trade in marine wildlife contraband that did not have commercial markets in India. For instance, sea cucumbers and their associated products are not sold within India, while sea fans and seashells are recorded as being sold locally in markets.

The analysis noted that there were fewer seizure incidents in April, May and November than other months of the year. The researchers did not attribute a specific reason for this.

“Illegal marine trade, although common, often goes unreported due to the nature of the trade and as a result, civil society, policymakers and local communities are left in the dark about the instances and scale of the problem, making it hard to investigate, report and analyse,” Vardhan Patankar from WCS-India told Down To Earth.

Reporting and synthesising information on the trade would go a long way in conserving top traded and vulnerable marine species. “The challenge is to build the capacity of decision-makers and enforcement bodies and be able to be responsive when given access to real-time illegal activity,” Patankar added.