More roads will be built in the years to come and can wreak havoc on top predators worldwide, study warns 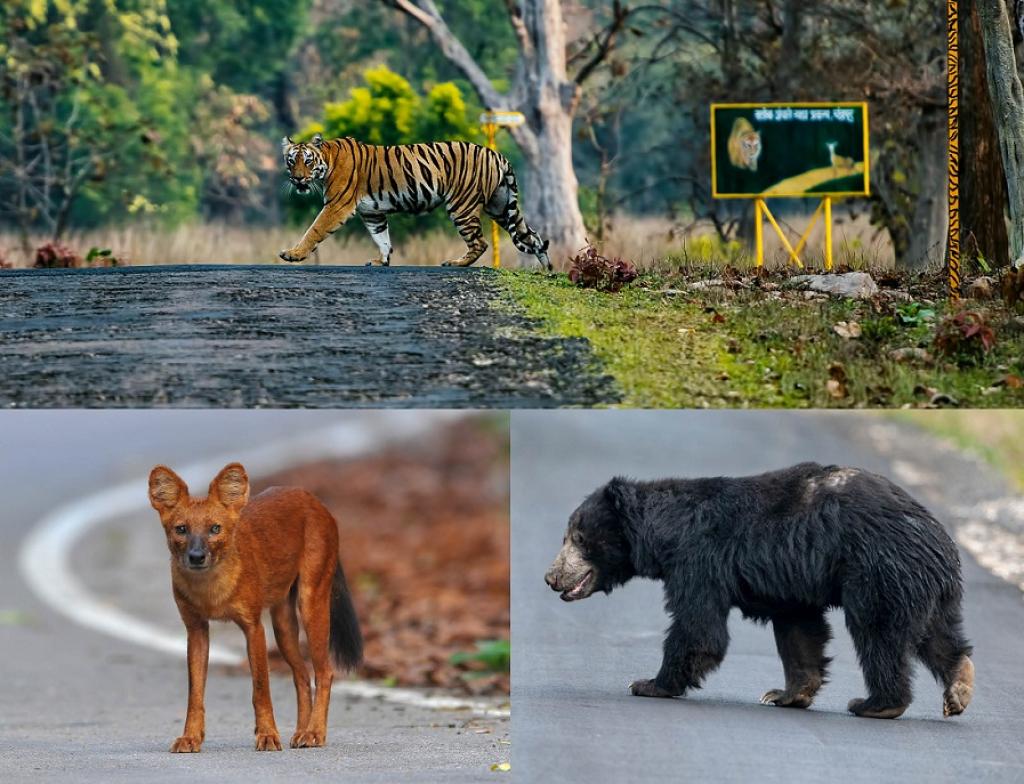 The sloth bear, tiger and dhole are among 36 apex predators worldwide affected the most due to road construction in their native habitats, a study published February 21, 2022, in the journal Nature, has stated.

The sloth bear was the most affected predator as its habitat was in the Indian subcontinent, “where roadless areas are almost non-existent,” the study said.

Some 97 per cent of its area of distribution was covered by roads, which led to several instances of roadkills, or deaths due to collisions with vehicles.

“From 2012 to 2017, 15 sloth bear roadkills were recorded in India. This level of mortality presents a serious threat for this species,” the study said.

Severe conservation risks of roads on apex predators was published by a team of scientists in Nature Scientific Reports.

The scientists “conducted a systematic literature review and curated a global database of wildlife vehicle collisions to present the state of knowledge of the impact of roads on apex predators.”

They also “evaluated the risk to roads of 36 apex predators globally, considering the level of road exposure and the vulnerability of predators.”

Lastly, they predicted the level of impact of three future road developments by overlying the risk to roads of predators and protected areas.

Eight of the top 10 apex predators most affected due to roads running through their habitat are from Asia. The researchers said Asiatic predators, especially in south Asia, were more exposed to roads.

Other important predators affected by roads across continents include:

Roads are especially harmful for apex predators because their home ranges are large and their population densities and reproductive rates are low, according to the study.

But apex poredators are very important as they regulate large herbivore populations and provide services such as carbon sequestration, water provision and food security, it added.

The scientists also cast an eye on the future. They estimated that over 25 million km of newly paved roads would be constructed globally by 2050.

Around 90 per cent of these roads would be built in developing countries which host rich populations of apex predators.

The scientists identified three areas where roads would cause the maximum damage to apex predators. These are the Brazilian Amazon, Africa and Nepal.

“Roughly 500 protected areas will be intersected by roads across our three case studies, threatening core habitats for apex predators,” the scientists wrote.

Besides deaths due to roadkills, roads can fragment apex predator habitat, genetically isolate their populations resulting in inbreeding and help poachers to increase their activities.

The authors prescribed a four-phase process to mitigate the effect of roads on apex predators: Avoidance, minimisation, rehabilitation and biodiversity offsetting.

Pristine regions of the Amazon rainforest and African wilderness areas, should remain road-free, they said.

“Future roads should simultaneously avoid rich areas of co-occurring apex predators and areas with low richness where ecosystem function is dependent on one apex predator species. When road construction is unavoidable, the full suite of mitigation measures must be implemented with long-term monitoring to assess their effectiveness,” they wrote

They also recommended a combination of over- and under-passes and roadside fencing to minimise the impact of roads.

“Finally, biodiversity offsetting should only be used as a last resort to complement the initial three phases of the mitigation hierarchy and not to justify road development,” they said.