Tagged Oliver Ridleys return to Gahirmatha after a decade

Around 4.6 lakh turtles have already laid eggs at Gahirmatha marine sanctuary, while their mass nesting started in February 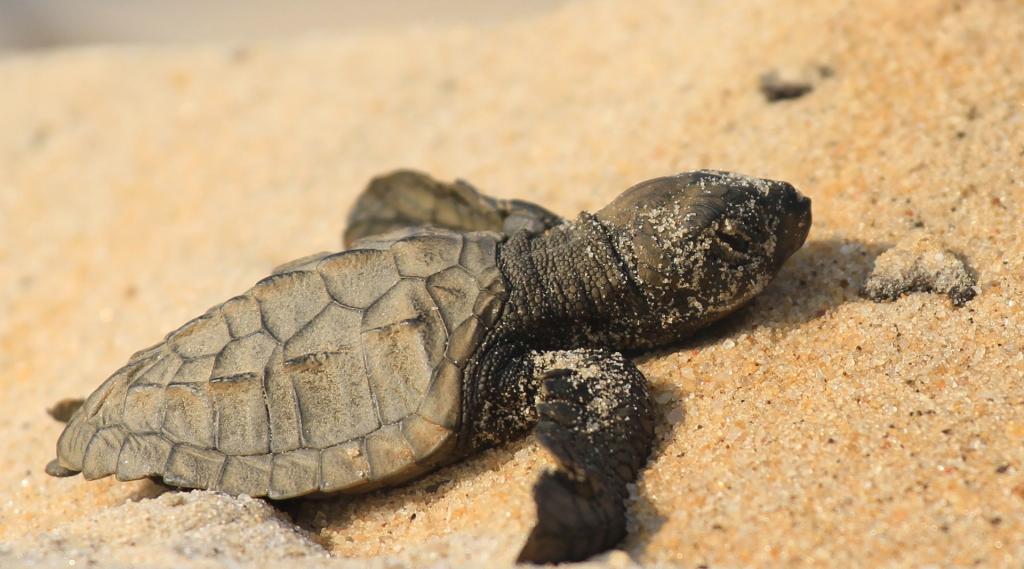 Around 40 Olive Ridley Sea turtles which were tagged at Gahirmatha marine sanctuary in Odisha’s Kendrapara district more than a decade ago recently returned to the sanctuary to lay eggs.

This proves that tagged female turtles are finding their way to Gahirmatha, where they were born more than a decade ago. Around 4.6 lakh turtles have already laid eggs at Gahirmatha marine sanctuary — known as the world’s largest rookery of sea turtles — while their mass nesting started on February 27, 2019.

“We have already spotted around 40 turtles with metallic flipper tags which were fitted on them more than a decade ago. It is not possible for us to encounter all the tagged turtles as the beach is littered with thousands of nesting turtles," said Arabinda Mishra, forest range officer of the Sanctuary.

The state forest department in collaboration with Wildlife Institute of India (WII), Dehradun, fitted tags on the flippers between 1998 and 2010. Sea turtles are also tagged to recognise individuals or cohorts for research purposes. Tagging is most often done to obtain information on their reproductive biology, movements and growth rates.

Sea turtles throughout the world are known to migrate thousands of kilometres between their nesting beaches and feeding grounds. The tagging helps researchers study the turtle's migratory route and areas of foraging. Tagging data also shows how the turtles navigate waters across different areas.

“There was a lack of information about turtles after they leave the coast of Odisha. Hence, there was a need for tagging and satellite telemetry to track their movements and enhance the protection of their habitats. We fitted tags on around 30,000 turtles in the past years in all the three major nesting sites — Gahiramatha, Rushikulya and Devi beach. In the past, we also sighted many tagged turtles on the same beach,” said Basudev Tripathy, a noted turtle biologist and the deputy director of Zoological Survey of India.

“In April, 2001 for the first time, the Odisha Forest Department and the  Wildlife Institute of India (WII)  along with turtle biologist, Jack Frazier of the Smithsonian Institution, had also fitted four turtles with Platform Transmitter Terminals (PTTs), at Devi beach, permitting an online monitoring of migratory routes. The PTT-fitted turtles circled the waters, and only one was seen to migrate south towards Sri Lanka. Unfortunately, all four turtles stopped transmitting within two to four months, either due to some technical problems or trawler-related mortality,” added Tripathy.

There is significant genetic difference between the Olive Ridley sea turtles of India with the turtles of Costa Rica, Mexico, Australia etc. Large numbers of sea turtles that lay eggs at Gahiramatha marine sanctuary are isolated populations that live in the Bay of Bengal and its nearby sea, and these turtles have no link with turtles of the Pacific Ocean and Atlantic Ocean.

“Our research demolished the myth that the Olive Ridley sea turtles come from Australia, Coast Rica and other countries from Pacific Ocean to lay eggs at Gahirmatha,” added Tripathy.

Every year, as the mass nesting takes place, the state government imposes a ban on fishing activities near the Gahirmatha Marine Sanctuary between November 1 and May 31 to protect the turtles.