India’s wildlife law has not incorporated new scientific discoveries and understandings, which is leading to confusion and chaos in wildlife management 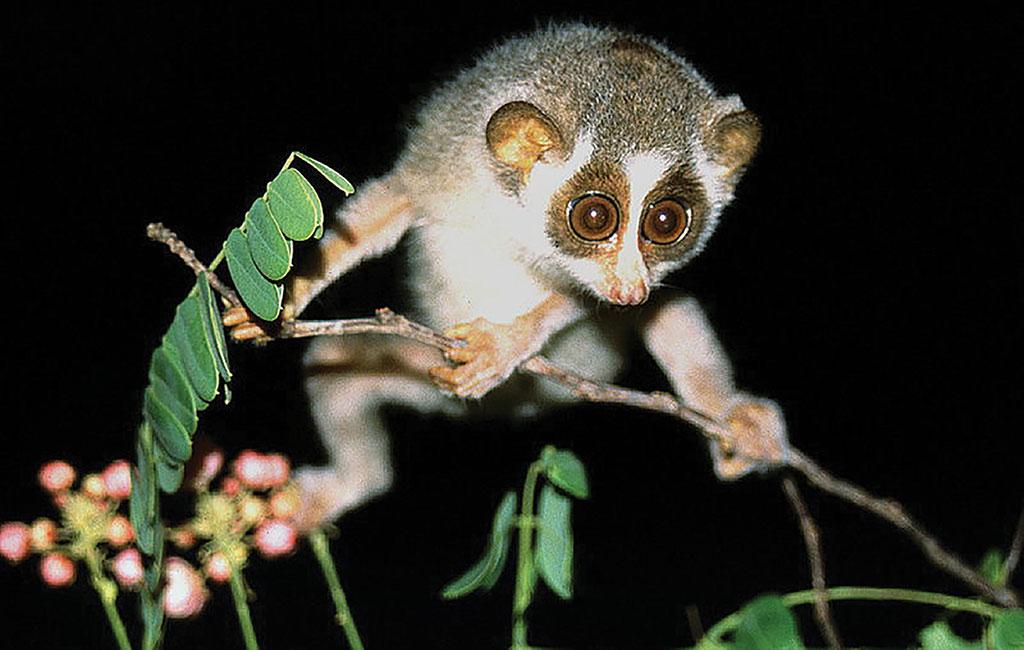 The scientific name of this species is Loris tardigradus in India’s wildlife act. But it was revised in 1998 as Loris lydekkerianus. However, this has not been updated in the law (Photograph: KAI Nekaris; istock photo)

A unique problem of sorts has developed in the fight against wildlife crime in India with the reason being a lack of evolution in its premier wildlife law.

On July 25, 2016, the forest department of Kerala’s Pathanamthitta district seized a turtle from George Kurian. Investigations identified the species as the Indian Flapshell, whose scientific name is Lissemys punctata. The district court ordered that the turtle be freed the next day and Kurian was charged under the Wild Life (Protection) Act, 1972, (WLPA). But the law incorrectly lists Lissemys punctata’s common name as the Indian Softshell turtle.

Kurian challenged the charges in the Kerala High Court on the grounds that since the Indian Flapshell turtle does not find a mention in the schedules of WLPA, the charges against him should be quashed.

On March 16, 2018, the court quashed the charges against Kurian. The Kerala forest department then approached the Supreme Court, which on December 9, 2020, arrived at the same conclusion. “In the facts of the present case, on the face of it, the Turtle seized is not included in Schedule I Part II,” the apex court said.

“The common name of a species, say in Karnataka, will be different from the one used in Uttar Pradesh. That’s why scientific names are considered more stable,” says Aravind Madhyastha, a fellow at the Centre for Biodiversity and Conservation, Ashoka Trust for Research in Ecology and the Environment (ATREE), a Bengaluru-based research institute.

Scientific names are also revised whenever a new understanding of the species emerges. However, there has been no revision in names under WLPA since it came into force in 1972. In fact, progress made by science in terms of both naming a species as well as identifying new species within a genus is not reflected in WLPA.

Catching up to do

The science of identifying and naming species has changed over the decades. In the 1970s, the identification was based on the morphological attributes of the species.

Now, it is based on DNA technology. This, along with more researchers studying species on the ground, has led to a more rigorous identification and naming process.

While there have been multiple amendments to WLPA, none of them have looked at scientific names. “I have been a part of the plant and animal committees — set up by the Ministry of Environment, Forest, and Climate Change — and have raised this issue of updating the scientific names many times, but it has not happened,” says Karthikeyan Vasudevan, a herpetologist and senior principal scientist, CSIR-Centre for Cellular and Molecular Biology, New Delhi.

Vasudevan says the universal language of species is the binominal nomenclature system — two-part Latin names comprising the genus and species.

“I do not know why the schedules bother with the English common names since most of them are not even used in the languages of the region where the species are found.”

Species in a flux

“We have seen a lot of scientific progress in recent years and new knowledge produced by DNA evidence and molecular analysis have not just led to the discovery of new species, but led to the revision of the names of existent species,” says Madhyastha.

One such species is loris, a small, nocturnal strepsirrhine primate. The scientific name of the species mentioned in Schedule I of WLPA is Loris tardigradus.

However, its scientific name was revised in 1988, when Loris tardigradus was recognised as a separate species: Red slender loris which is restricted to Sri Lanka and loris, found in India— this was revised to Loris lydekkerianus. The species found in India isn’t in the schedule. 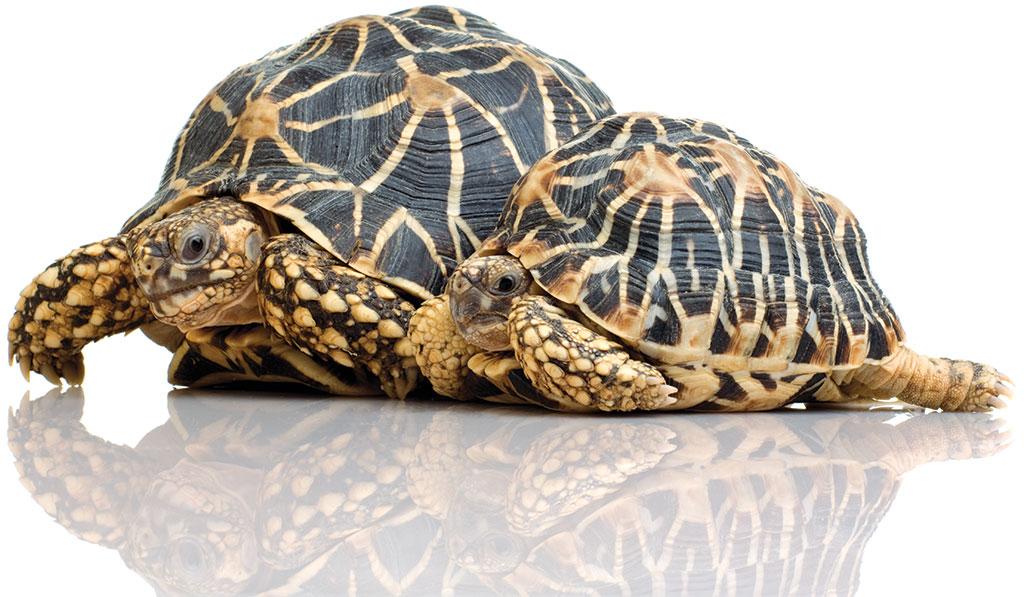 Apart from this, WLPA also lists the entire genus of some species like tortoise (Testudinidae, Tryonychidae) under Schedule IV. “This is hugely unfair to species such as the star tortoise, which is severely exploited in trade. Several thousands are traded every year, but as they are included in Schedule IV, the protection accorded to them under the Act is minimial compared to what needs to be done,” says Sumanth Bindumadhav of Humane Society International, an animal welfare organisation.

Then there are new species which have been discovered under a genus, but find no mention in WLPA. This is especially true in the case of smaller wildlife such as geckos, frogs, birds and various insects, as there is little scope for large discoveries in the mammalian space for now, says Bindumadhav.

“New geckos described under the Cnemaspis genus or the Geckoelle genus failed to find a place in the Act. Since they are found the wild in India and are endemic to the country, they should be given some form of protection lest they become victims of pet trade and are exploited like the Tokay gecko in parts of Northeast India,” he says.

This taxonomical lacuna in the schedules of WLPA has led to problems in wildlife protection and created new grey areas for the criminal justice system.

“When law enforcement agencies find that a species is not listed or is listed as something else, there is fear that they would be sued for wrongful seizure,” Bindumadhav says. “Many times, local forest staff record a species using its common name, but then it becomes very difficult to maintain that in the courts,” says Saket Badola, head, TRAFFIC India, a wildlife trade monitoring group. 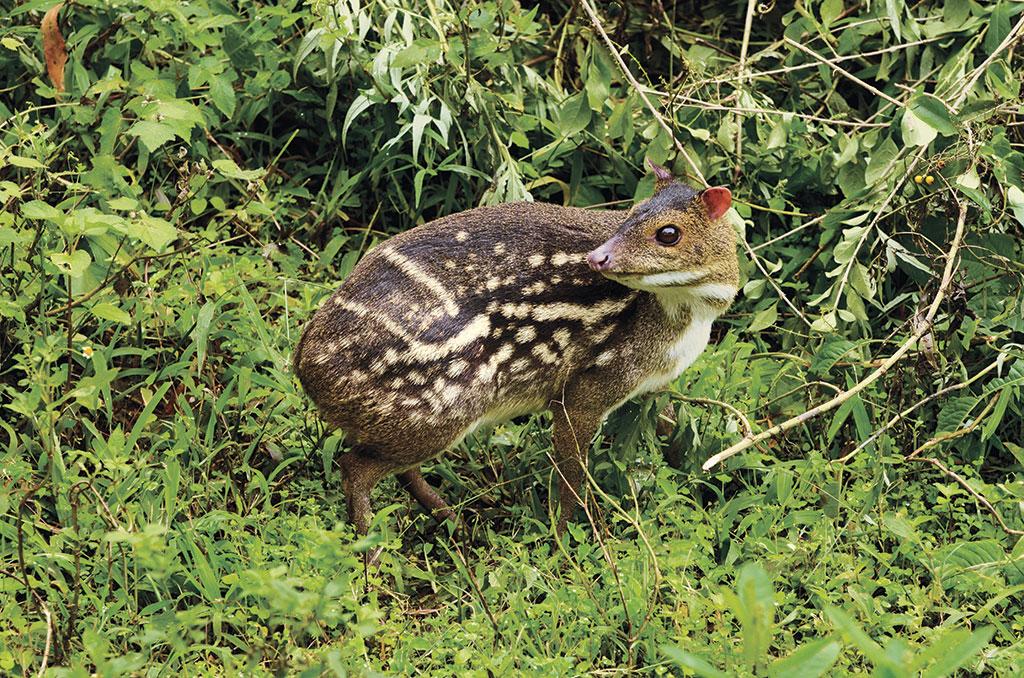 While there is an urgent need to revise scientific names in the schedules, the fact remains that scientific discoveries and revisions happen too frequently for the law to be amended. “We need a systemic solution to incorporate changes made in the dynamic scientific field,” says Badola.

Experts point out that the problem is unique to WLPA, as it is the only law which has a legal arm on one hand, and a scientific arm on the other, which is evolving with discoveries in science.

“The government should delink the legal part of WLPA from science,” says Vasudevan. While the legal arm of the law dealing with the permissions, offences and powers should be kept as a part of WLPA, schedules should be delinked and turned into a National Red List of species.

“The Act can mention the schedules, but the species in these schedules should be listed as a live scientific document where experts can make revisions and updates, without having to change the law every time,” he says. It is time to think about the creation of a National Red List Authority to oversee this process!