The tomistoma does not usually attack humans but that is happening now; here is why

Attacks on humans in Indonesia may be increasing due to increasing intrusion in their habitat, study suggests 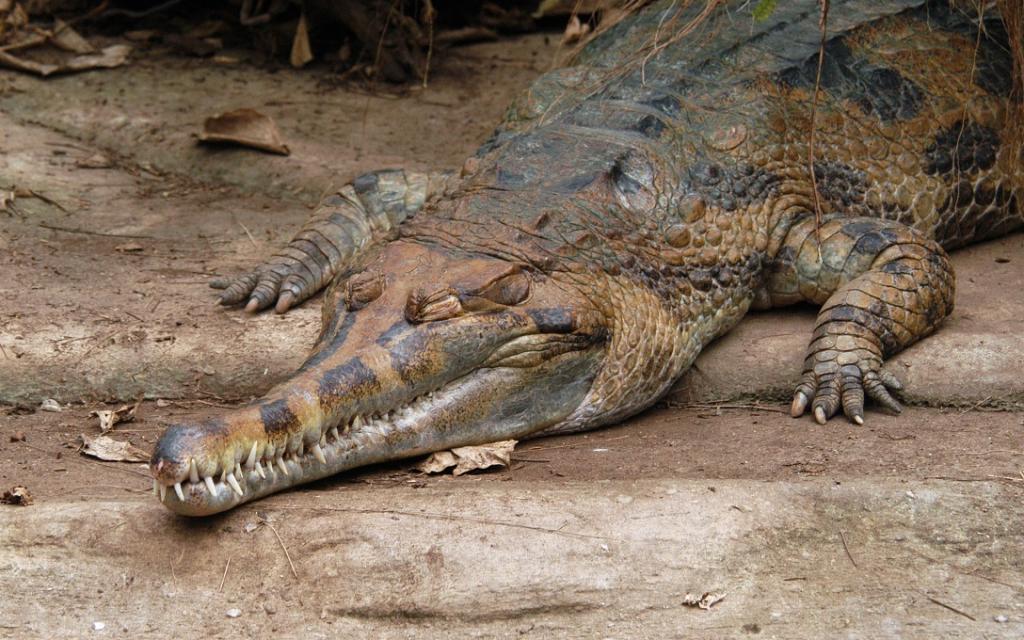 The tomistoma (Tomistoma schlegelii) is a shy and reclusive species that typically retreats from areas with a high degree of human activity, according to most studies. However, increasing human intrusion into its habitat may be causing it to attack people, a new study has suggested.

The study cited authorities and locals in tomistoma habitat in Indonesia blaming human activities such as oil palm plantations, settlements and illegal gold mining for the rise in attacks. The researchers also noted that at least one research in the past had talked about tomistomas becoming accustomed to human presence.

Such behaviour was noted in all the attacks that the present study analysed. Also, nearly half of all victims of attacks that the study covered were fully submerged in water at the time of attack. Local inquiries had also suggested that tomistoma had never attacked boats or people on shore.

The authors of the study collected reports of crocodilian attacks in Indonesia using media reports and communication with local authorities.

They analysed the data to confirm whether the species involved in the attack was a tomistoma or not. This is because the tomistoma shares its habitat with two other types of crocodilians — the saltwater crocodile and the Siamese crocodile.

“From January 2010 to December 2019, we recorded 31 attacks resulting in 10 deaths (fatality rate of 32.3 per cent) for which a tomistoma was either confirmed to have been involved or was deemed to be the most likely culprit,” the authors wrote.

They found all attacks to be reported from either Kalimantan (Indonesian Borneo) or the island of Sumatra in Indonesia, specifically the provinces of Central Kalimantan, Jambi, Riau and West Sumatra.

The period from November to April had the highest proportion of fatal attacks. At least 44.4 per cent of victims were fully submerged in water at the time of attack. Most of the victims were male and in the 31-40 age group.

The authors noted that there was no evidence in most cases to indicate that saltwater crocodiles were present in the area.

Indonesia’s population is growing at a fast pace, something which is agreed upon by most.

The website worldpopulationreview.com notes that based on current projections, the country’s current population is expected to reach its peak of 337.38 million by 2067 and decrease in the following decades. It also says that Indonesia currently grows by about 2.73 million people per year.

Another website statista.com says that Indonesia’s population is predicted to still experience substantial population growth by 2030, with an increase of 25 million from its current total population.

The tomistoma is a large, slender-snouted crocodilian species native to southeast Asia. It is distributed across part of Borneo (divided between Indonesia, Malaysia and Brunei), peninsular Malaysia and Sumatra.

It is a freshwater species and is frequently associated with peat swamp forest. It is currently listed as Endangered on the International Union for the Conservation of Nature Red List of Threatened Species.

“Although long believed to be primarily piscivorous (fish eating) due to its slender snout, in recent decades it has been found that the species has a much broader diet and is likely more of an opportunistic predator.

“In addition to fish, adult tomistoma also prey on birds, monitor lizards, monkeys and deer, as well as one record of attempted predation upon cattle,” the study said.

Increasing conflict with humans could be grave for the tomistoma which has specialised habitat requirements and a limited distribution, according to the researchers.

Unlike human-saltwater crocodile conflict, human-tomistoma conflict was relatively rare and mitigation of conflict should be possible without the need for removing animals or creating exclusion zones, the authors added.

The study urged cooperation with local communities, the creation of crocodile exclusion enclosures and further investigation into the causes of human-tomistoma conflict.