These animals and plants of India could have become 'possibly extinct' : IUCN

A number of fish, birds, crustaceans and plants could have died out according to the IUCN’s latest Red List of Threatened Species 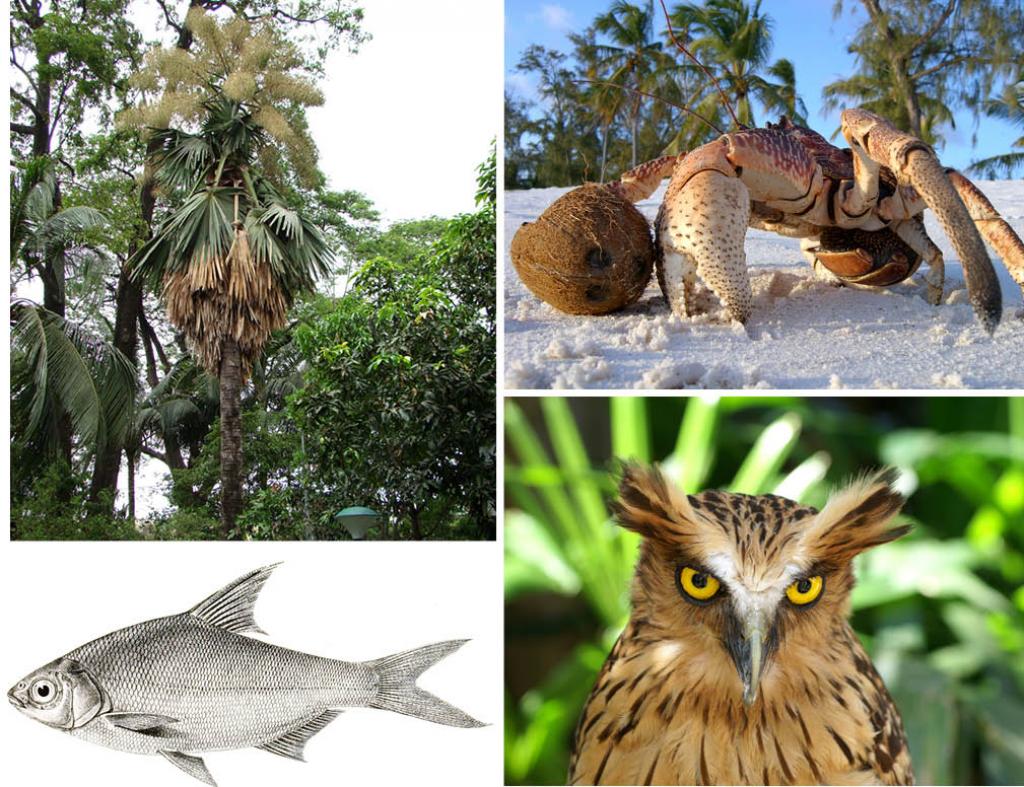 (Clockwise from left), Corypha taliera, a species of palm, the Coconut Crab, the Buffy fish-owl and the Osteobrama belangeri

A number of animals and plants have been listed as ‘possibly extinct’ in the latest edition of the International Union for the Conservation of Nature (IUCN)’s Red List of Threatened Species.

The latest edition of the Red List was released at the recently-concluded World Conservation Congress organised by the IUCN at Marseille, France. Among animals, there is the coconut crab, the largest terrestrial arthropod in the world. There are also fish species such as bovany barb, native to the Cauvery river system.

Other fish that have been declared as possibly extinct include the Deolali minnow, the Deccan barb and the Nilgiri mystus, all of which are found in the Deccan.

Birds include the Pink-headed duck, which has been feared to be extinct since the 1950s, the Siberian crane, that once famously drew crowds to Keoladeo National Park as well as the Buffy fish-owl or Malay owl.

The Tentacled butterfly ray, a type of ray and the Dwarf sawfish are two other animal species that are feared to be possibly extinct. The Millepora boschmai or fire coral is also possibly extinct.

There are also species that have been marked as ‘Extinct Post-1500’.

According to the IUCN’s criteria:

The term is taken as a marker to estimate after when the presence / population of the species has declined. Species marked thus have been last assessed in the 1900s post which their presence and updates to their population has not been found.

For more on the IUCN event at Marseille, click here

Those marked ‘Extinct Post-1500’ include Green peafowl, Cheetah, Hairy-nosed Otter, Banteng, a bovid found today in southeast Asia, the Sumatran and Javan rhino and the Osteobrama belangeri, a fish species endemic to Manipur.

Plants that are possibly extinct include:

Hopea shingkeng, that is endemic to the Eastern Himalayas and Aldrovanda vesiculosa or the Waterwheel plant have been categorised as 'Extinct Post-1500'.

A total of 30 species from India were up listed or moved to a higher category. Six were down listed.