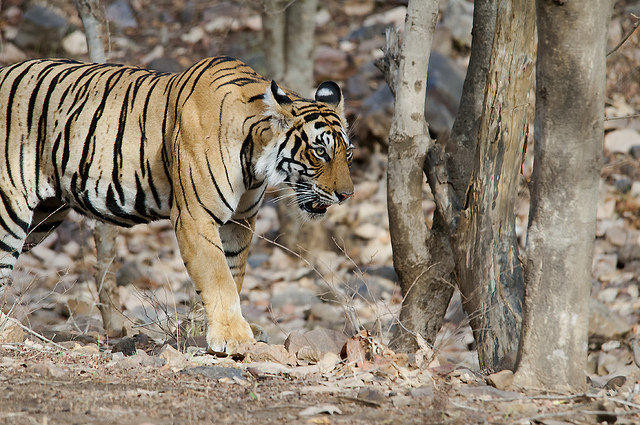 A recent study by Survival International, a non-profit working for tribal rights, has revealed that tiger numbers have increased rapidly in the Biligiri Rangaswamy Temple (BRT) Tiger Reserve in south eastern Karnataka. This is the first tiger reserve in India where local tribes were allowed the right to stay.

According to the study, between 2010 and 2014, the tiger population in the BRT Tiger Reserve almost doubled, from 35 to 68. This increase is far higher than the national rate at which the tiger population is growing. Unlike elsewhere in India, local Soliga tribespeople have been allowed to continue living alongside tigers, even in the core of the reserve.

“The information, which the National Tiger Conservation Authority originally tried to suppress, discredits government’s policy to remove the many tribes whose lands have been turned into tiger reserves,” says the study.

The Soliga have a highly developed relationship with their natural environment, and venerate the tiger. Madegowda, a Soliga man, said, “We worship tigers as gods. There hasn’t been a single incident of hunting or conflict between tigers and Soligas here."

The trend of tribal communities being evicted from the forests under the garb of tiger conservation is nothing new. As recently as 2014, hundreds of Baiga tribals were evicted from Kanha Tiger Reserve, while over a hundred thousand tourists are welcomed into the reserve every year, the report further stated.

“These figures expose that the policy to remove tribal people from tiger reserves as not only immoral but also counterproductive. Tigers tend to do well when tribal communities remain – they have, after all, lived together for generations. Unlike tribal people, the thousands of tourists who drive in every day bring a huge amount of money to the conservation industry. They also, of course, get the tigers used to close human presence – something poachers find useful,” said Stephen Corry, Director, Survival International.

“The best way to save the tiger is to leave the tribes that have protected their forests alone. We will continue to fight and expose the forced evictions that the conservation industry has tried hard to keep hidden,” added Corry.