An initiative driven by fishing communities in Odisha has not only given the endangered Olive Ridley turtles a new lease of life, but has also halted the construction of ports in the nesting areas 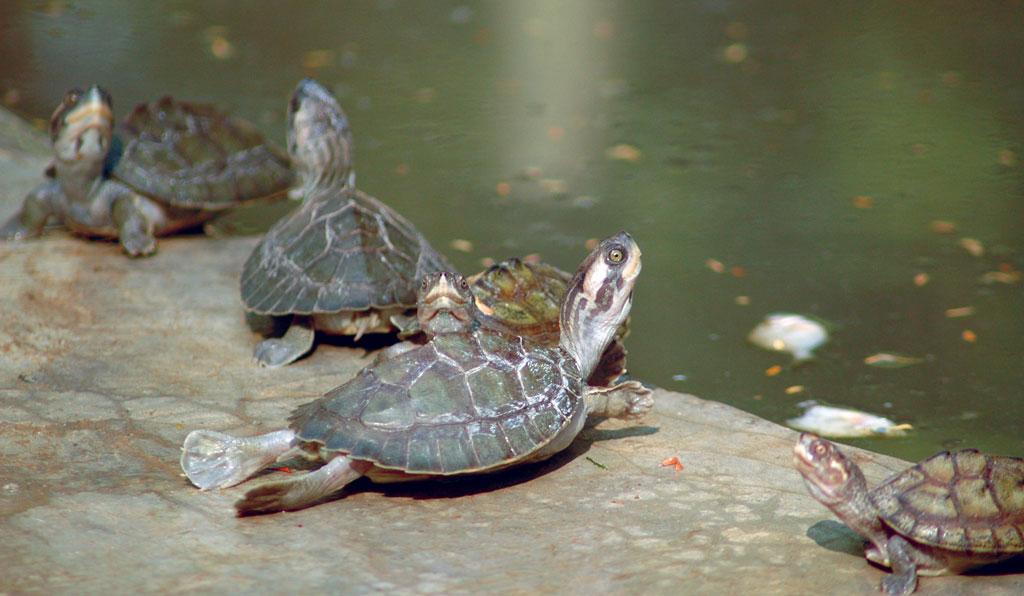 The initiative has given Olive Ridley turtles a new nesting ground on the Astaranga coast (Photo: Agnimirh Basu)

Worldwide, the most successful conservation efforts have been those where local communities were made active stakeholders in conservation programmes. In Astaranga, 60 km east of Puri in Odisha, a communityled initiative has provided the endangered Olive Ridley turtles a new nesting ground. In 2016, the Forest and Environment Department of Odisha counted more than 87,000 Olive Ridley turtle eggs between February and October. “We have witnessed the best numbers in the last 10 years,” admits Chittaranjan Mishra, the district forest officer of Puri.

The turtle nesting at Astaranga is significant as turtle deaths have occurred with alarming regularity in Odisha. For instance, in 2003, nearly 6,000 Olive Ridleys were found dead, of which more than 4,600 died outside the Gahirmatha Marine Sanctuary, about 114 km from Astaranga.

The record nesting of turtle eggs at Astaranga is due to the efforts of Green Light Rural Association (GLRA), a non-profit based in Astaranga, which has also managed to stall a state government move to acquire land for proposed ports in the fragile nesting area. Though the Gahirmatha Marine Sanctuary has traditionally been the most preferred nesting site for turtles, the nesting at Astaranga has opened new vistas to secure Olive Ridley numbers.

Threads of the campaign

Formed in 1993 by a group of 13 teenagers, who were then working on a Wildlife Institute of India’s sea turtle project, GLRA’s activities are focused in the region around the mouth of the river Devi, which is a distributary of the Mahanadi. “Though Devi was designated as a rookery or a mass breeding ground in 1981, little attention was paid to this area as the mass nesting beaches of Gahirmatha in the north and Rushikulya in the south hogged the limelight,” says Sovakar Behara, who heads GLRA.

In 1994, they undertook a rigorous seven-month-long tour to various nesting sites to monitor turtle nesting and documented the various factors that were leading to turtle deaths.

In 2002, GLRA started a project called “Turtle Friends” to identify strategic sites and fishing communities along the coastline. They then generated awareness among the fishing communities about protecting the turtles. To garner their support, GLRA members set up self-help groups so that they could start part-time business ventures. They also imparted training on the hygienic preparation of dried fish and built market networks.

In 2007, GLRA started a programme to control the stray dog population in the Devi mass nesting area with the help of the Blue Cross of Hyderabad and the Odisha government’s department of animal husbandry, as stray dogs often consume turtle eggs from the nesting sites. GLRA also distributed fruit trees such as mango, coconut and lemon to over 1,000 fishing families to equip them with alternative sources of livelihood. As a result of these community-building exercises, thousands of villagers became full-time members of GLRA.

In 2009-10, GLRA built an artificial reef with the help of fishing communities and funding support from the Orissa Marine Resources Conservation Consortium. This artificial reef of concrete blocks stopped net fishing and helped create new fishing areas. Fisherfolk were encouraged to catch fish only by the hook technique, instead of using trawlers or boats.

Due to GLRA’s efforts, forest guards have now been posted for the first time along the Astaranga coast to keep a check on smuggling rings involved in selling the turtles in the international market. GLRA members say it is impossible to stop villagers from working with these illegal trawlers. “Earlier, GLRA members used to receive threats of physical violence from some fisherfolk, who did not wish to adhere to the no-fishing regulation that has been in place since 2006. Some trawlers come all the way from Thailand and Myanmar and use smaller boats to smuggle turtles,” says Behara.

Among the other challenges is the threat from cyclones. “Phailin in 2013 and Hud-hud in 2014 significantly contributed to a loss in the breeding grounds. The nesting went down in these years. It is only since 2015 that their numbers have increased,” says Mishra.

GLRA members are also worried about the ports being planned along Odisha’s co-astline. Conservationists say that even minor ports, such as the proposed Astaranga Port, which was announced by the state government in 2010, could endanger turtle nesting. Though the land acquisition process is yet to begin, villages are unanimously opposing the move. “At a time when everyone was suspicious of the fishing community involved in the illegal trade of turtles, we have set an example of community-driven conservation,” says Behara.