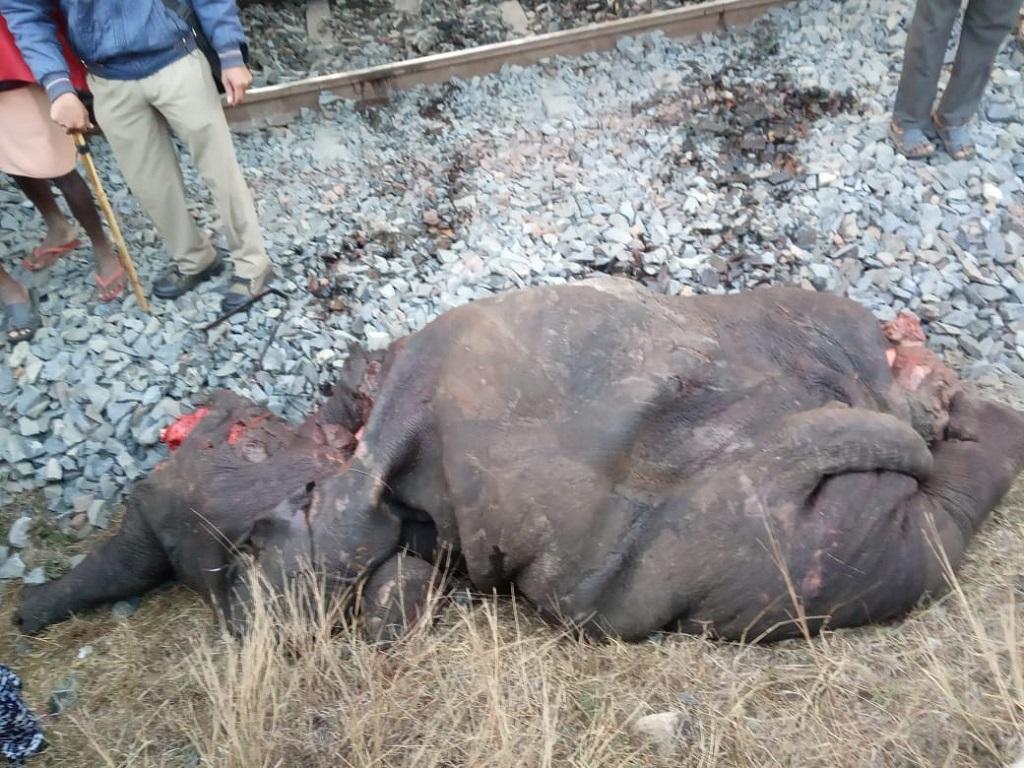 The Odisha forest department suspended two forest officials on February 8, 2021 over the deaths of two female elephants in a train accident on February 3.

"We suspended Radhagobinda Bahidar, a forester and Gurudev Bhoi, a forest guard of Bishra forest range under Rourkela forest division in Sundargarh district in connection with the deaths of two elephants who were hit by a goods train. During investigation, we found both of them guilty of negligence of duty," said Bhanja Kishor Swain, regional chief conservator of forests (RCCF) of Rourkela.

The animals were mowed down by a speeding goods train going to Nashik from Howrah through the elephant corridor in Odisha. The driver was booked on February 5.

Many environmentalists criticised the state forest department for taking action against low-rank forest officials. “Not a single range officer or divisional forest officer has faced any flak though it is the duty of district forest officers and range officers to oversee squads that track elephants 24 hours a day. Crores of public money is being spent on them,” said Jayakrushna Panigraphi, secretary of Odisha Environmental Society.

He added that within a decade, 31 elephants died in train accidents. Elephants are migratory by nature and move from one forest to another for food through wildlife corridors.

“The incidents of elephants crossing railway tracks are increasing in the state as the forest department is now fencing off hundreds of acres of dense forest elephant habitat with barbed wires. This prevents easy elephant movement in Keonjhar, Angul, Dhenkanal, Sambalpur and Sundargarh districts leading to serious conflict with villagers,” added Panigrahi.

“Fourteen elephant corridors were officially identified by the Odisha government in January 2010 over 870 square kilometres. It included three inter-state corridors with West Bengal, Chhattisgarh and Jharkhand. Rs 20 crore was spent on the development of these corridors. It is the duty of drivers taking these routes to restrict the train speed to 30 km per hour, which is the designated speed limit within wildlife corridors,” said L A K Singh, a former wildlife researcher of Odisha Forest Department.