Ustad redux? Ranthambore ‘mankiller’ T-104 could be shifted to a cage in Mukundara 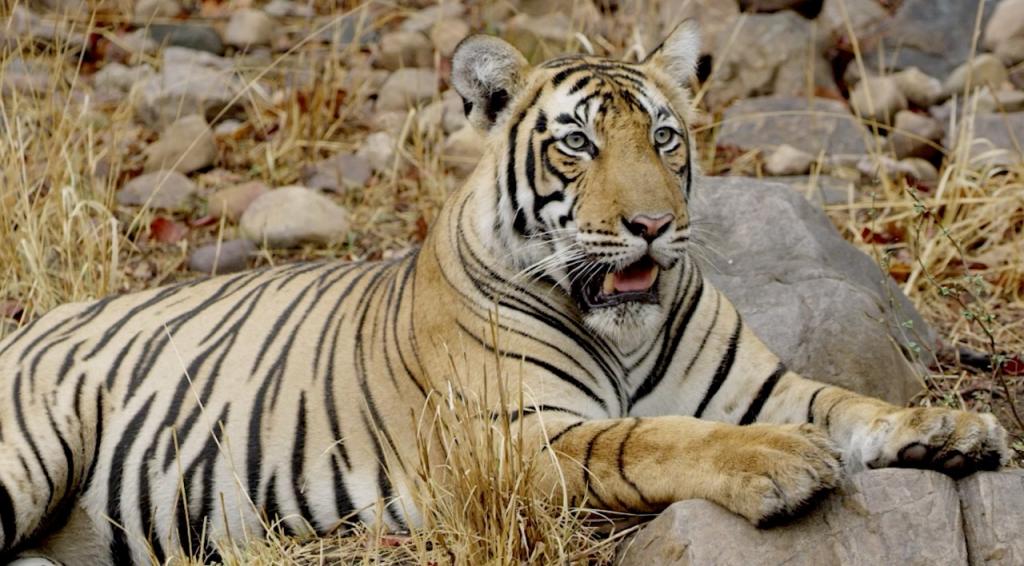 A male tiger in the Ranthambore Tiger Reserve called T-104, who killed three people in 2019, could be transferred to a cage in the Mukundara Tiger Reserve near Kota, where he would spend the rest of his life, a conservation biologist working in the area has told Down To Earth.

T-104, also called ‘Chikoo’ and ‘Hammir’, after Hammiradeva, the last Chauhan ruler of Ranthambore, will be the second tiger to be caged for life after ‘Ustad’ or T24, whose capture and subsequent captivity in 2015 had set off a wave of protests on social media in India and abroad.

Read A roar in captivity

Dharmendra Khandal, who works with non-profit Tiger Watch, also said the appropriate course of action would be to transfer T-104 to a zoo or rescue centre.

“The officials in Ranthambore were rattled by the Ustad case and the social media tumult. They do not want a repeat. Hence, they are thinking on these lines,” Khandal told DTE.

He however noted that if T-104 was to be caged, a zoo would be a much better deal since it would have a regular supply of food, better hygiene and trained veterinarians.

But T-104 gained notoriety in 2019 when he killed three people in and around Ranthambore in the Sawai Madhopur and Karauli districts.

The first victim was a woman who had gone to defecate in a field near her house in the wee hours just before dawn. “T-104 dragged her to a mustard field-cum-guava orchard after having killed her,” Khandal said.

Forest department officials tracked T-104 on the evening of that very day (February 3, 2019) and fired multiple darts at him, succeeding in tranquilising him. They radio-collared him and released him in the core area of the reserve.

But the tiger got rid of the collar the very next day and moved out of the core area, reaching the very same area where he had been tranquilised.

The department again tranquilised T-104 and relocated him. But the tiger did another Houdini and reached Kailadevi National Park, the buffer zone of Ranthambore. From Kaildevi, T-104 moved further and reached the forests of Karauli district. Here, he killed a man on August 2, 2019.

T-104 then set out again, with personnel in hot pursuit. He was tracked down to a spot and tranquilised again, after which he was taken to Ranthambore.

Khandal said his organisation had urged that T-104 be taken away to a zoo since he was a threat to human life. But given the Ustad affair, officials decided to release him back in the wild. He was released in the Sawai Man Singh Sanctuary.

T-104 again did a Houdini. He crossed the swollen Banas river and killed a third man in Karauli September 12. He was again tranquilised and captured. This time, T-104 was taken to Ranthambore’s core area, where an enclosure spread over 5 bighas awaited him.

“In the last three years, the territorial male who patrols the area where the enclosure is located, has regularly attacked T-104. He shows marks of injury every now and then. He is also aroused whenever he senses a female in oestrous nearby,” Khandal said.

It would be best to lodge T-104 in a zoo or a rescue centre, he stressed again.