Web of relationships: How pumas hold together America ecosystems 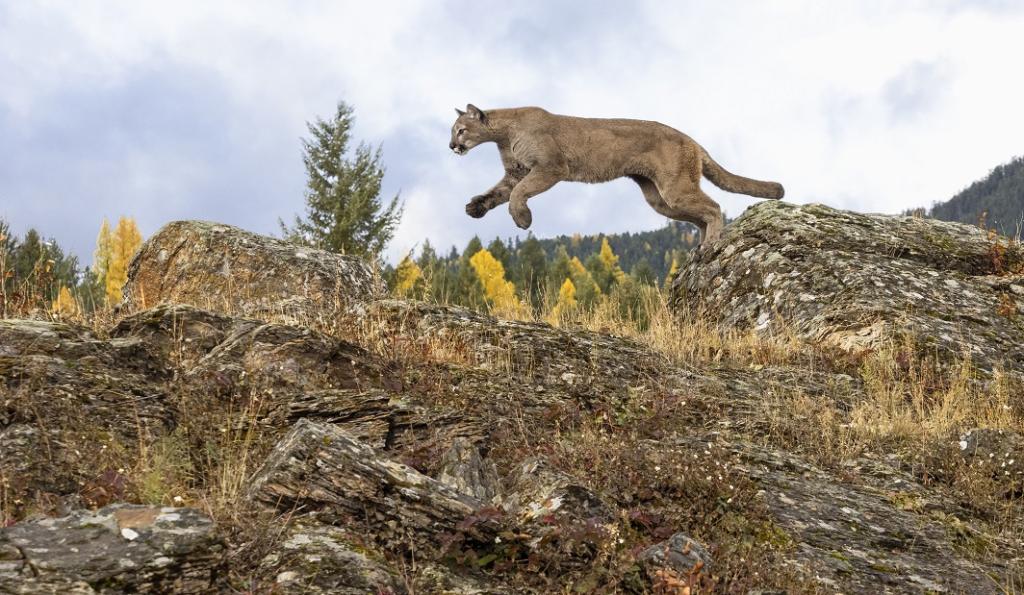 A puma (mountain lion or cougar) prepares to jump from a rock in Montana, United States. Photo: iStock

Pumas, found throughout the Americas, maintain relationships with an astounding 485 living species and play a critical role in holding ecosystems together throughout the Western Hemisphere, according to a new study.

The study titled Pumas as ecological brokers: a review of their biotic relationships by non-profits Defenders of Wildlife and Panthera, the global wild cat conservation organisation, was published January 18, 2022 in the journal Mammal Review.

The research documented 543 distinct interactions with other species — from elk that pumas prey upon to beetles that feed on puma prey to wolves who pumas compete — likely representing the most diverse number of relationships recorded for any carnivore in the world.

The team of scientists reviewed thousands of studies, ultimately identifying 162 published between 1950 and 2020 that focused on puma interactions and their impact on ecosystems.

It also found pumas maintain a ‘fear effect’ on 40 species, such as vicuña and white-tailed deer. In these cases, the presence of pumas frightens herbivores from certain landscapes, preventing them from overgrazing plant communities.

Ecosystem services that pumas provide, defined as benefits supporting human economies, health and well-being, are often inconspicuous, according to the study.

Examples could include feeding on prey that ultimately mitigates collisions with vehicles and reduces human injuries, fatalities and associated economic costs.

The recolonisation of pumas in North Dakota in the United States is estimated to have reduced costs of deer-vehicle collisions by over $1 billion.

Scientists estimate a recolonisation of the eastern United States by pumas could reduce deer-vehicle collisions by 22 per cent over 30 years, averting 21,400 human injuries, 155 human fatalities and over $2 billion in costs.

Puma prey, or carrion in particular, support food webs of hundreds of species. Scientists have estimated conservatively that pumas contribute 1,507,348 kg of meat per day to scavenger communities across North and South America.

Researchers believe the interactions described in the paper represent just the tip of the iceberg, with pumas likely maintaining hundreds to thousands of unconfirmed relationships with other species.

Though pumas range across 28 countries in the Americas, they are poorly understood and thought to be declining overall.

The species is elusive and often mischaracterised as a vicious, solitary predator, leading to persecution and fuelling human-puma conflict.

In the United States, pumas are threatened by habitat loss and fragmentation, road mortality and disease; some populations are further impacted by legal hunting as well.

In Latin America, the species faces the same threats, along with illegal hunting, which is generally retaliatory killing by ranchers over livestock and loss of prey.

Scientists hope the study supports more strategic investment in the protection and restoration of puma habitats and populations, as well as greater public appreciation for how the species benefits human and wildlife communities across its range.

Laura LaBarge lead author of the study and postdoctoral researcher with the Max Planck Institute of Animal Behavior, said: “Hopefully, this knowledge will also help to demonstrate the importance of conserving pumas because so many other species depend on and benefit from their presence.”