Whale shark caught in fishing net in Odisha, released into Bay of Bengal 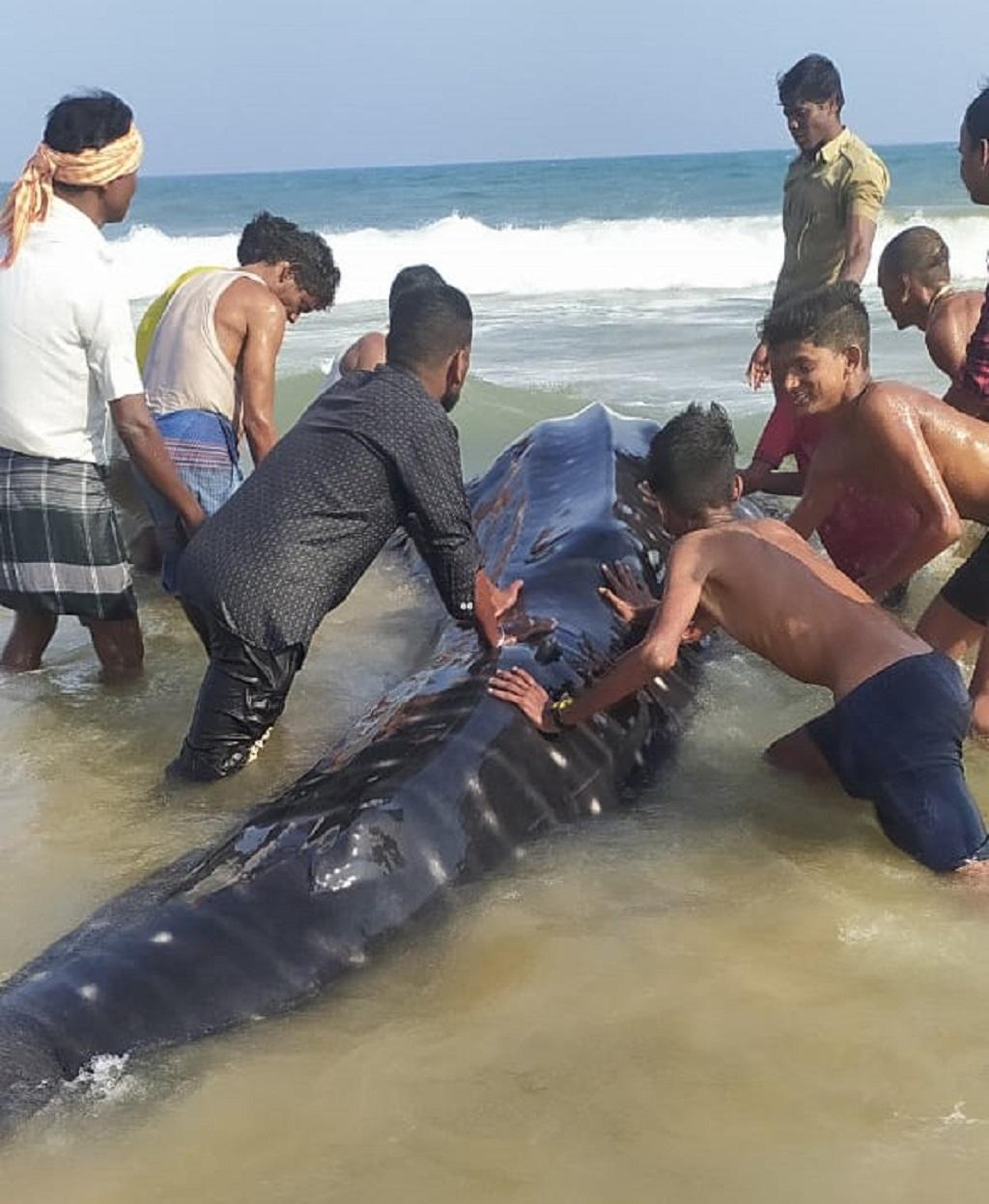 A whale shark of about 15 feet in length was caught in the net of fishermen near Pati Sonepur in Odisha’s Ganjam district on February 25, 2021. Locals and forest officials pushed the beached 1,500-kilogram sea creature into Bay of Bengal and helped it swim away.

“The fish suffered some injuries while in the net but was alive,” said Gadadhar Behera, a local fisherman.

The whale shark is the largest living species of fish and is endangered, according to the International Union for Conservation of Nature. It is protected under the Wildlife Protection Act.

Forest officials, who were informed by the villagers about the whale shark, will continue to keep an eye on the beach area to ensure the fish managed to swim into its habitat in the deep sea. “We will deploy forest personnel on the beach in the night hours to track any development,” said DK Martha, forest range officer, Berhampur.

If the sea creature dies, it will wash ashore again with the tidal waves, he said.

In 2020, at least four whale sharks died on the Odisha coast, including three in Gopalpur town, Pati Sonepur and Kantiagada villages in Ganjam district and one more in Balasore district, sources said.

According to experts, whale sharks deviate from their migratory route and swim into shallow coastal waters in search of planktons and fish eggs. When the animal comes in contact with sand, it cannot go back to the deep sea.

They usually travel towards the beaches in Odisha between February and May every year and some even die after being stranded, said Anil Mohapatra, in-charge of the regional centre of Zoological Survey of India, Gopalpur, Odisha.

The whale shark has a lifespan of around 130 years and has a unique pattern of dots on its body. It can grow up to 10 metres in length and weigh around 20 tonnes.