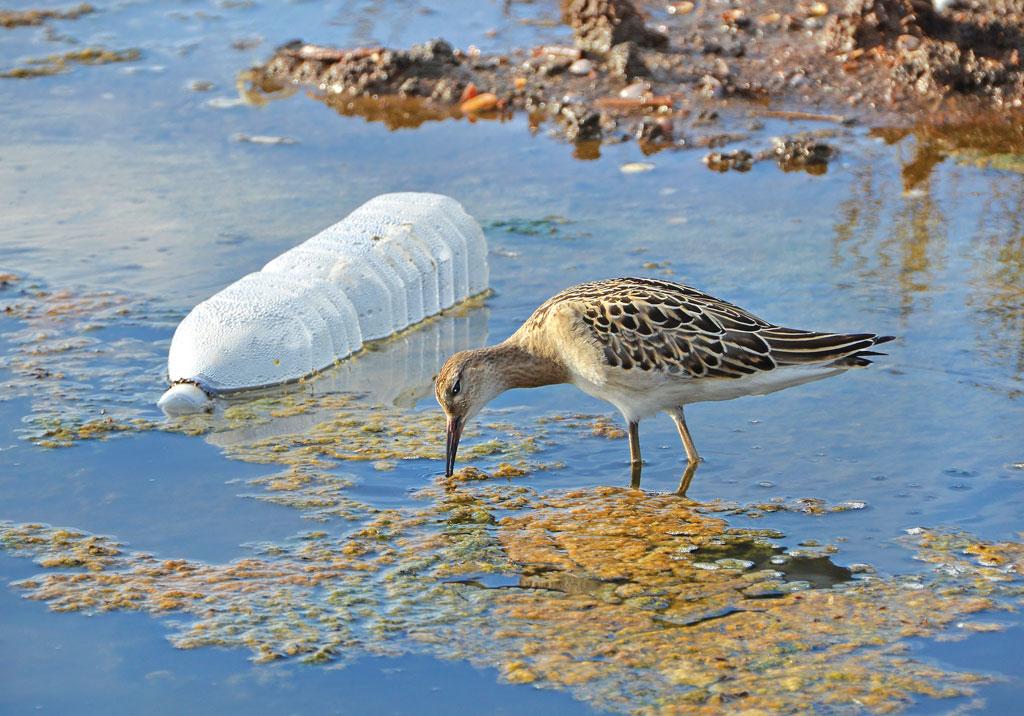 Plastic debris has been always acknowledged as a serious threat to seabird populations. Ingestion of plastic debris harms birds by blocking their intestinal tracts or causing cuts and ulcerations to their stomach linings or by releasing toxic chemicals into their bodies. It has also been observed that the debris stay in their stomachs for extended periods of time, lessening their feeding drive. Birds weakened by this ingestion are more prone to predation and are highly susceptible to diseases.

It is often assumed that birds could be visually mistaking plastic waste for food. But new research indicates that the real reason could be that birds might be deceived by the smell of plastics. A recent study by the University of California reveals that tube nosed birds of the order Procellariiform, which includes prions, petrels and albatrosses, are highly dependent on their sense of smell to forage for food. One of the key chemicals they sniff for is DMS, or dimethyl sulfide, which is produced by the breakdown of algae. DMS is produced by microbial action on dimethylsuphoniopropionate, a chemical naturally produced by marine algae. DMS acts as an infochemical for these birds, and usually, its scent indicates the presence of organisms that feed off the algae, such as krill. The study indicates that plastic waste in the oceans might be giving off the smell of the same chemical and are thus ingested by the birds.

The research team, led by Matthew Savoca, placed clean samples of plastic debris—high-density polyethylene and low-density polyethylene. The plastic pellets were left in mesh bags anchored to buoy off the coast of California. In less than a month, the plastic pellets acquired a sulfur signature that, to certain marine birds, would signal the presence of food. The strength of the DMS signature was much higher than that detectable by these birds. Further, the authors analysed data from 55 studies on plastic ingestion by Procellariiform, covering 13,350 specimen and 25 species. It was found that DMS responsive birds were five times more likely to ingest plastic than those that did not respond to DMS.

Hunting for food is complicated process for these birds. They spend most part of a year foraging for prey that is found only in certain patches of the vast oceans. Their sensitivity to DMS, particularly in the case of the smaller birds, not only enables them to locate these food patches, but also to locate it before other, larger competing bird species can. Jennifer Lavers of the Institute of Marine and Antarctic Studies, Tasmania, says: “For many years it has been hypothesised that wildlife, particularly seabirds, mistakenly consume plastic debris while foraging at sea because it physically resembles their natural prey.” For example, flesh-footed Shearwaters of Australia consume significant quantities of white plastic (sometimes hundreds of pieces per bird).

This may be due to the fact that white plastic is similar in colour to the shearwater’s preferred prey, which is squid. She says that plastic may smell like prey, or that it may be covered in biological materials, such as fish eggs. “Together, these factors work to disguise or camouflage plastic,” adds Lavers.

These findings contradict the long-held belief that birds have a less developed sense of smell. It was only as recently as the 1990s that it was proved that birds, in fact, rely on smell for foraging, particularly in the case of seabirds sniffing for DMS.

Field studies are now being validated by evidence from genomic studies of birds. Genomic sequencing and a study of the olfactory receptor genes of certain birds has revealed that smell is much more significant factor than has been assumed. 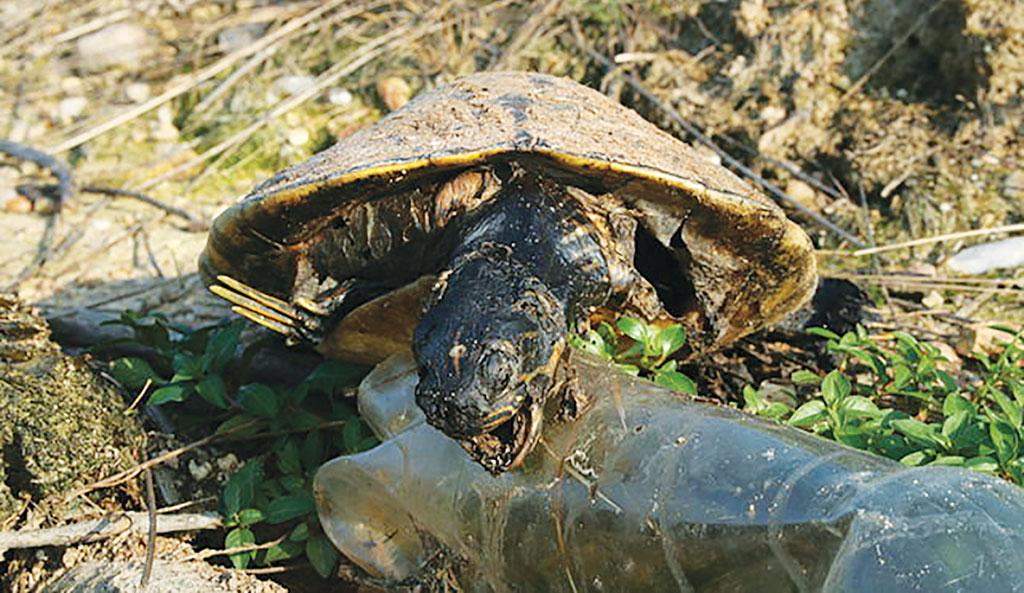 The problem of plastic ingestion isn’t limited to seabirds. Animals such as turtles and porpoises are also known to be deceived similarly by the visual appearance of the debris. Rubber, particularly from balloons, is a common find in the stomachs of marine turtles. This is because helium balloons, once let loose, rise to a certain height and then burst into thin ribbons, which makes them look strikingly similar to the tentacled structure of the Scyphomedusae squid, a prey common to all turtle species. Unlike seabirds, turtles are highly dependent on visuals when it comes to hunting. So plastic that more closely resembles prey, such as clear, flexible plastic, that resemble gelatinous prey organisms such as jellyfish in the water, is more likely to get ingested, as compared to say, blue plastic, which is more likely to blend in with the water.

The research, published in Science Advances, is one of the few studies on burrow nesting seabirds. Savoca’s team also found a correlation between DMS sensitivity and burrow nesting behaviour. The frequency of plastic ingestion was 25 per cent for burrow nesters as compared to only eight per cent for surface nesting birds. Evidence points towards the coevolution of the two traits. Birds with smaller or more vulnerable chicks tend to make burrows to nest. These chicks have very little exposure to light in the first stage of their lives, as compared to chicks of larger birds such as the albatross.

Unfortunately, burrow nesting birds tend to be smaller, more shy and less “glamorous” as compared to their surface nesting counterparts such as the albatross, and therefore, are not as extensively studied. Hopefully this research will direct scientific attention towards these species so their foraging habits can be better understood.

“Making people even aware that these species exist, and are incredibly important in marine ecosystems, are important steps to get more conservation effort directed their way,” says Savoca. He believes that one of the solutions could be to increase the anti-fouling properties of plastic, adding that the best way to solve this problem is through better waste management, since most plastic at sea originates from land.

Lavers suggests reducing plastic waste may be the real key to the problem. “We can do little to prevent seabirds and animals to consume plastic as DMS is hard-wired into the biological mechanisms,” she says. Preventing plastic’s entry into the marine environment may be the only way to limit the extent of the harm we are causing to our oceans and to bird and animal species.

This story was published in the February 1-15, 2017 issue of Down To Earth magazine.