Why Zambia halts culling of hippos but South Africa goes for the kill?

While Zambia adopts a wait-and-watch policy on animal culling, South Africa plans to kill at least 100 hippos later this year 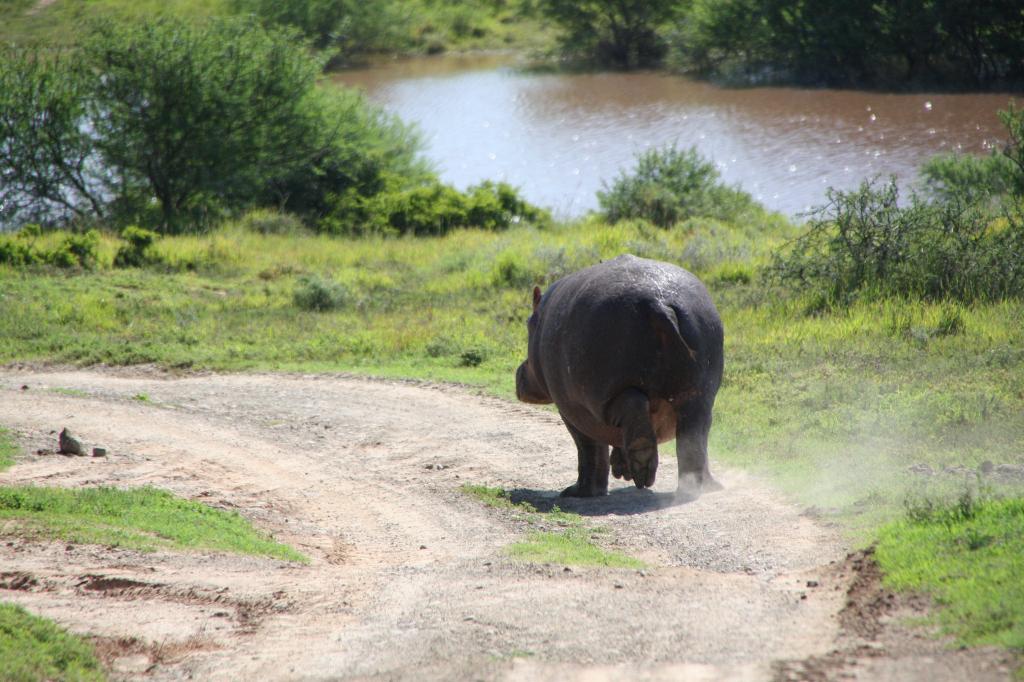 Zambia had decided to go for controlled slaughter of up to 2,000 hippos over the next five years Credit: Steve Elliott /Flicker

Reacting to concerns raised by the animal activists, the Department of National Parks and Wildlife (DNPW), Zambia decided to suspend the controlled slaughter of up to 2,000 hippos over the next five years. Zambia had planned to kill 400 hippopotamuses a year over the next five years in the Luangwa River Valley as part of a culling programme aimed at managing the hippo population along the Luangwa River in the south.

According to news reports, a five-year hunting contract was awarded to Theo De Marillac of the South African hunting company called De Marillac Safaris. But the leaked images showing SA professional hunter Theo De Marillac of De Marillac Safaris standing over the body of a slain hippo angered the animal activists resulting in wide-scale opposition and outrage. The activists warned of the possible slaughter of up to 2,000 hippos along the Luangwa River by the South African professional hunter.

The images were posted by a whistleblower called “Friend of Wildlife” who downloaded them from the Facebook page of Kamisa Malipita, an employee of the Zambian Department of National Parks and Wildlife (DNPW) that awarded the South African hunter a five-year hippo cull/trophy hunting licence.

DNPW had approved this as a ‘wildlife management tool’ to prevent the future spread of anthrax among wild animals along a 250-km stretch of riverine forest between Chikwa in North Luangwa and Lusangazi in South Luangwa.

But, wildlife activists question the legality

Bornfree Foundation, a UK-based wildlife conservation group, suspects the underlying motive behind this action and strongly condemns it. According to the group, local stakeholders were only informed about the cull four days before it started. They were also advised that the killing would be open to non-Zambian trophy hunters, raising questions about the legality of the hunt and its motivations. In a statement, Will Travers, president and co-founder of Born Free, questioned the scientific rationale behind the culling.

He said, “At a time when wildlife populations of multiple species are under extreme pressure across much of Africa, many, including Born Free and our supporters around the world, fundamentally question the logic of killing thousands of hippo, and turning the flood plains of the Luangwa River Valley into ‘killing fields’. I am sure the hippo cull, along with Zambia’s decision to re-instate trophy hunting of lions, will cause many to question whether Zambia is the right wildlife safari destination for them. I urge the authorities to call a halt to the killing with immediate effect.”

According to DNPW, the dry season due to drought was a key reason behind this decision. Zambia has between 42,000 and 50,000 hippos but the water levels in Luangwa River, where most of the animals are located, were "low and insufficient to support the hippo population, especially in the dry season." Water levels in Zambia's rivers and lakes have dropped following a prolonged drought. This was necessary to curb over-population of the wild animals, said the authorities.

According to Sakabilo Kalembwe, Ministry of Tourism and Arts Public Relations Officer, culling is a wildlife management measure usually taken in situations where the population of a particular species exceeds the carrying capacity of the habitat, thereby rendering the habitat incapable of supporting the given species. “So, this decision will be evaluated further to provide a way forward,” he said.

The Kruger National Park decided to kill hippos to save people from drought and give the meat to neighbouring communities. There have been complains about man-animal conflicts due to animals coming out of the park and feeding on the crops and livestock like goat and cattle.

It was feared that due to drought, the grazing land inside the park will be reduced and more animals will escape from the park to feed on community crops, leading to man-animal conflicts in the region.

According to William Mabasa, the spokesman for South African National Parks, Kruger National Park, one of the largest game reserves in Africa, received rain in March, but there is not enough food for animals. So, 59 hippos had been culled and another 100 were in the firing line for later this year. Around 200 buffaloes, too, are in the pipeline.

As the environment authorities and animal activists continue to argue “for and against” animal culling, a larger debate around “the science of culling and wildlife conservation” is needed.