In 2019, five elephants had died within 33 days in Odisha after testing positive for herpes 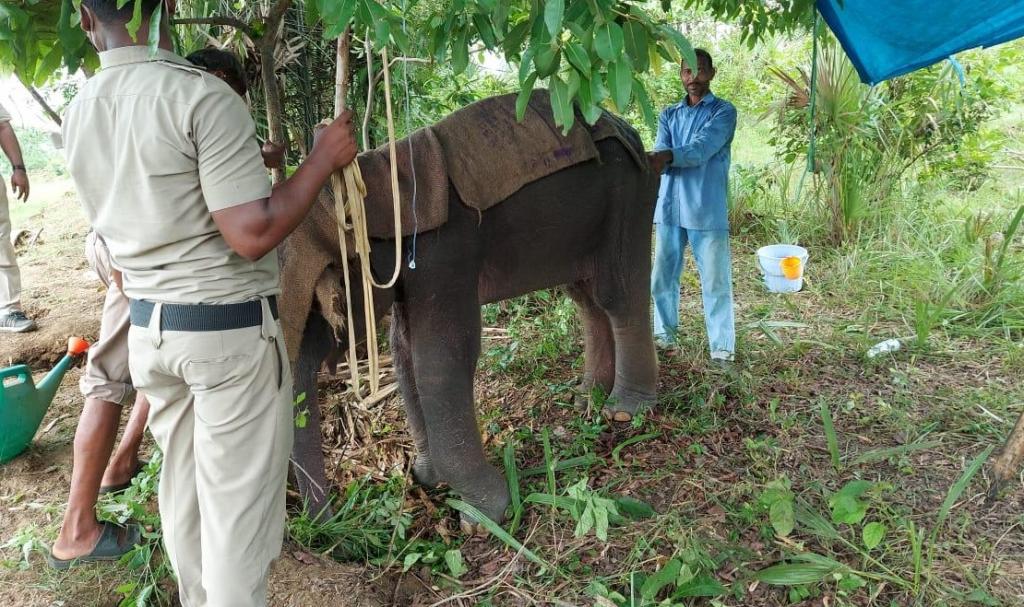 A male elephant in an Odisha forest tested positive for the herpes virus recently, after the death of another wild elephant suffering from the same pathogen July 22, 2021 officials said.

The animals was found in the forest near the village of Sereneabeda, bordering Dhenkanal and Angul districts. Later, a team of officials accompanied by veterinary doctors reached the spot to treat the elephant, which is around seven years of age.

The herpes virus was detected in the elephant’s blood August 7 through testing for which the veterinary teams began administering antiviral treatments immediately. Treatments and 24/7 monitoring will continue until its virus levels decline.

The male elephant had been responding well to treatment since being diagnosed. The early detection of the virus in the elephant’s blood and the current antiviral medical treatment were the best-known way to help the animal overcome the naturally occurring virus, Swain said.

Earlier, an eight-year-old female elephant had died July 22 at the Thenga village under the Hindol forest range in Odisha’s Dhenkanal reserve forest after testing positive for herpes.

The autopsy was conducted by veterinary officials from the Centre for Wildlife Health (CWH) of Orissa University of Agriculture and Technology (OUAT), Bhubaneswar.

The autopsy report revealed that the death was due to acute haemorrhagic disease caused by the elephant endotheliotropic herpesvirus (EEHV), a fatal infection found in captive as well as wild elephants.

EEHV is a type of herpes virus that can cause fatal haemorrhagic disease in elephants. It is one of the most deadly viral infections in elephants worldwide but is most commonly found in Asian elephants. EEHV can strike without warning, Swain added.

When infected with the virus, elephants usually show symptoms of sudden illness which include reduced appetite, swollen glands on both sides of the face and nasal discharge.

Unlike the common herpes-simplex viruses, which attacks the skin and lies latent in nerve cells, the elephant virus attacks endothelial cells — the cells that line blood vessels, the heart and other organs

In 2019, five elephants had died within 33 days in Odisha, including four at the Nandankanan zoo near Bhubaneswar, after testing positive for the herpes virus.