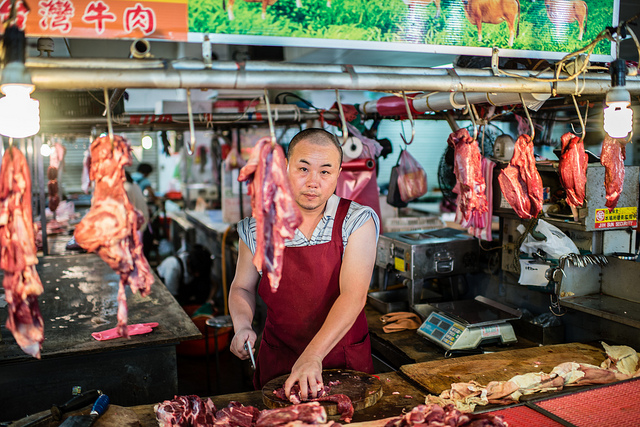 The study titled ‘Wildlife Trade and Human Health in Lao PDR: An Assessment of the Zoonotic Disease Risk in Markets’ was conducted by conservation biologists, public health experts and veterinary officials in Laos and released on March 23.

The authors observed more than a tonne of living and/or recently killed mammals were offered for human consumption in seven markets that were surveyed thrice to include a sample of 1,937 mammals.

The authors of the study include researchers from Wildlife Conservation Society, officials from Laos’ National Animal Health Laboratory and north-Carolina-based FHI 360 —a non-profit human development organisation.

On average, 92 individual mammals per day were observed in conditions that support frequent wildlife/human contact—and ultimately could facilitate pathogen spillover.

In addition, researchers observed a lack of bio-security practices in seven markets, further indicating the potential for pathogen transmission from infected wildlife to humans. “Only one of 11 vendors handling and butchering wildlife practiced hand-washing and running water was not present in all markets. Furthermore, vegetable or other fresh-food products were frequently in contact with wildlife products, providing a route for cross-contamination,” says the study.

According to Sarah Olson, co-lead author of the study with WCS's Wildlife Health and Health Policy Program, "Human disease-causing pathogens clearly lurk in wildlife markets. The danger to your health is just less visible than the dangers to conservation. You can usually observe endangered species illegally on sale, but a range of largely invisible pathogens are likely there as well."

There has been a growing domestic demand for illegal wildlife meat in Laos, which the local media reports, is driven from affluent politicians and urban residents who seek animal parts and meat for personal consumption.

Radio Free Asia’s Lao Service reports that officials with the Lao PDR Ministry of Agriculture and Forestry have seized more than 800 wildlife species being sold in the markets of the capital Vientiane since 2013. “The wildlife seized in Vientiane comes mainly from the forest just outside the capital, which is why the animals tend to be smaller, while larger one such as deer, tigers and bears, are confiscated in the provinces,” says the official on condition of anonymity.

The authors of the paper further analysed 375 daily surveys conducted across 93 wildlife markets to understand the conservation threats. “A total of 238 individual animals (found in the market) were classified as ‘threatened with extinction’ according to the globally recognised IUCN Red List. Nationally, all wildlife sold in the markets are protected under the Lao PDR Wildlife and Aquatic Law,” the authors observed.

In another report released by London-based activist group Environmental Investigation Agency (EIA) on March 19, it was stated that the Golden Triangle Special Economic Zone (SEZ) housed a Chinese-owned casino and resort complex, where wildlife was kept in captivity for patrons to eat. “One restaurant in the complex offered bear's paws, monitor lizards, pangolins, Tokay gecko, snakes and turtles on its menu. Laos has become a lawless playground catering to the desires of visiting Chinese gamblers and tourists who can openly purchase and consume illegal wildlife products and parts, including those of endangered tigers,” said the report.

Laos is a signatory to the Convention on International Trade in Endangered Species (CITES), a multilateral treaty which seeks to ensure that international trade in specimens of wild animal and plants does not threaten the survival of the species in the wild. EIA has urged the parties to the CITES to impose trade suspensions on Laos for not cracking down on illegal wildlife trade.