Windhoek to Jaipur: It is jet set go time for cheetahs

Three Namibian male and five female adult cheetahs, all between two to five-and-a-half-years-old, will make the 11-hour, transcontinental journey to Kuno September 16 and 17 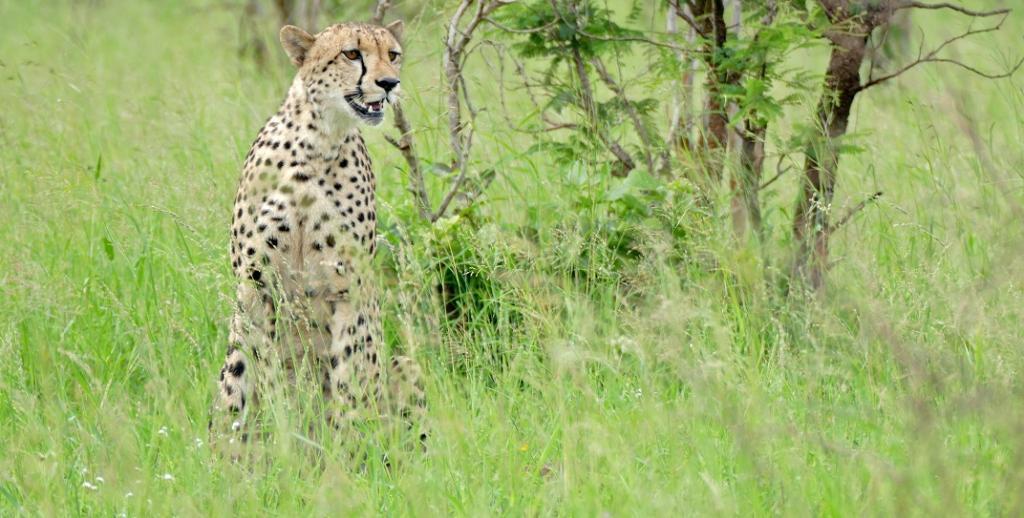 Eight African cheetahs from Namibia will start their India-bound journey September 16, 2022, from Windhoek, Namibia’s capital, to reach Jaipur the next day on Prime Minister Narendra Modi’s birthday. These cheetahs will be the first of the few in the founder-population that will be reintroduced in the Kuno-Palpur National Park of Madhya Pradesh.

India aims to have a wild metapopulation of cheetahs in the next 15 years.

Three Namibian male and five female adult cheetahs, all between two to five-and-a-half-years-old, will make the 11-hour, transcontinental journey to Kuno September 16 and 17.

An official statement by the Cheetah Conservation Fund (CCF) non-profit confirmed that the process to move the cheetahs will begin on the afternoon of September 16.

The cats will be transferred from the CCF Centre to the Hosea Kutako International Airport in Windhoek. The cheetahs will be loaded onto a private B747 jet.

The plane will fly overnight and land in Jaipur by dawn. The cheetahs will be transferred from Jaipur to Kuno by helicopter.

Each animal has been vaccinated, fitted with a satellite collar and kept in isolation at the CCF Centre in Otjiwarongo. The cheetahs were selected based on an assessment of health, wild disposition, hunting skills and ability to contribute genetics that will result in a strong founder population, the document shared by CCF, said.

The CCF document stated that the Boeing 747 ‘Jumbo Jet’ aircraft that is taking the eight cheetahs to India is a B747-400 passenger jet.

It has been modified to allow cages to be secured in the main cabin while ensuring that veterinarians are able to move up and down in the plane to check up on the animals.

The long-range aircraft will fly directly from Namibia to India without stopping to refuel on the way. This way, the cheetahs will have to spend less time sedated inside the closed cages in the air.

The aircraft is owned by Aquiline International Corp from the United Arab Emirates, which undertakes worldwide charter operations. The logistics of the flight were personally managed by Captain Hamish Harding, chairman of Action Aviation, a global sales company involved in business aviation.

“Conservation of species requires global cooperation. For more than 12 years, I have consulted with the Government of India and their scientists on how to bring cheetahs back to the landscape, and now, it is happening,” Laurie Marker, founder and executive director of CCF, said.

“As a conservationist, I am thrilled, and as CCF’s leader, I am exceptionally proud of the work of our CCF reintroduction team. Without research and dedication to cheetah conservation, this project could not take place,” she added.

She noted: “We are also very fortunate to have supportive colleagues within Namibia’s Erinidi Private Game Reserve and the Ministry of Environment, Forestry and Tourism.”

In August 2022, CCF Cheetah Specialists Eli Walker and Barthelemy Balli had travelled to India to inspect Kuno and help prepare park staff for the cats’ arrival.

CCF team members delivering the cats to India include Laurie Marker, CCF veterinarian Dr Ana Basto, Walker and Balli. The two men will remain at Kuno indefinitely to assist management and staff with the cheetahs through a period of acclimation, the statement said.