Wolf snapped in the Sundarbans for the first time

It is a stray individual that has dispersed nearly 350 km from the nearest wolf population in Purulia, say experts 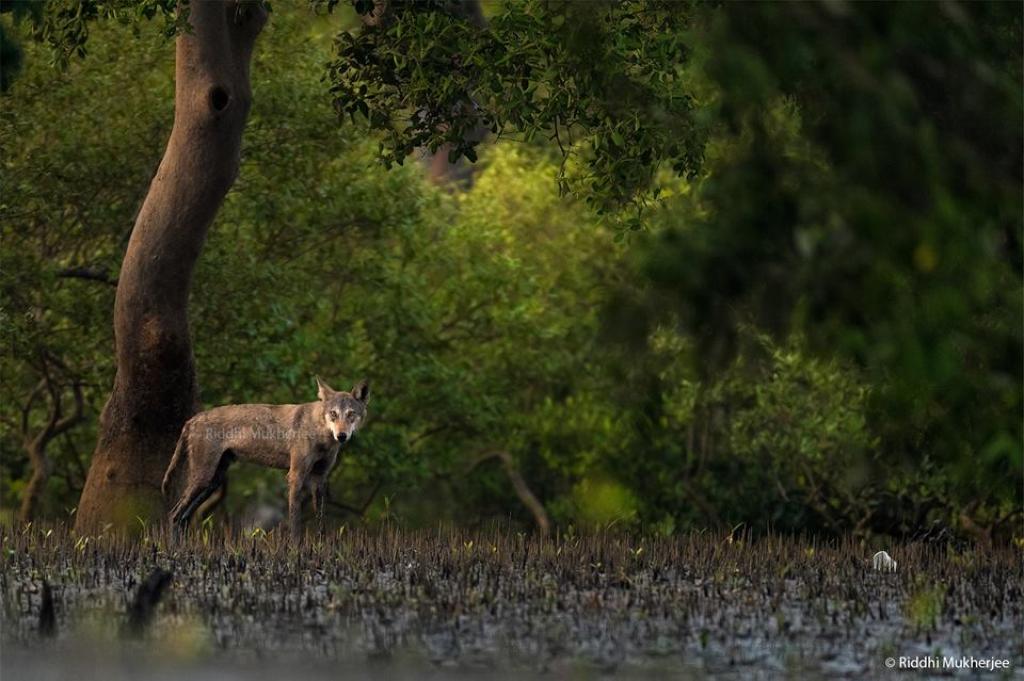 An Indian Wolf (Canis lupus pallipes) has been photographed in the Indian part of the Sundarbans for the first time, sending conservation circles in West Bengal and in other parts of the country into a tizzy.

“We were on a tour on April 14. It was late evening. Since it was already sundown, we could not enter the forest proper. Hence, we went to the buffer zone. I had heard from my local guide, Mrityunjoy Mondol that some villagers had seen an alien-looking animal in the area which resembled a Golden Jackal (Canis aureus). We went to check. While travelling through an area called Jyotirampur, called by locals as “Paakhi jangal” (Bird forest), our guide showed us the animal. We shot a few photos and the creature went back into the forest. Then, it came out again and we clicked some more shots. The whole process went on for about 15 minutes. Because it was sundown, we returned back,” Riddhi Mukherjee, a wildlife photographer who works for a local tour company and shot the wolf, told Down To Earth over the phone from his base camp in the Sundarbans.

“I have never seen or heard about a wolf in the Sundarbans either on the Indian or the Bangladeshi side. I have checked previous records and there has been no sighting previously,” said Mukherjee.

“Wolves travel a long distance when they disperse. They can go for hundreds of kilometres. The closest wolf population from the Sundarbans is about 300-350 kilometres away in Purulia. This animal could have strayed or dispersed into the Sundarbans from there,” Y V Jhala, one of India’s foremost canid (dog family) experts told Down To Earth.

Jhala also discounted any possibility of the wolf having been forcibly introduced into the area, “It is a full-grown adult male. At that age, you cannot introduce it. If it would have been a pup or a juvenile, then introduction would have been possible,” he said.

He added that an Indian Wolf usually used to arid scrub grasslands could survive in a mangrove forest. “It can survive. However, this animal will not live in the mangroves proper but on the outskirts.”

Jhala also said that there was no need to make a hullabaloo about the incident. “This animal has been photographed in the villages on the outskirts of the mangrove forest, in the buffer zone of the Sundarbans National Park. It will live there and come occasionally into the mangroves to scavenge. And this is a single individual. Had there been a breeding population, it would have been a big deal.”