World Snake Day: Snake bites on the rise in Bhitarkanika 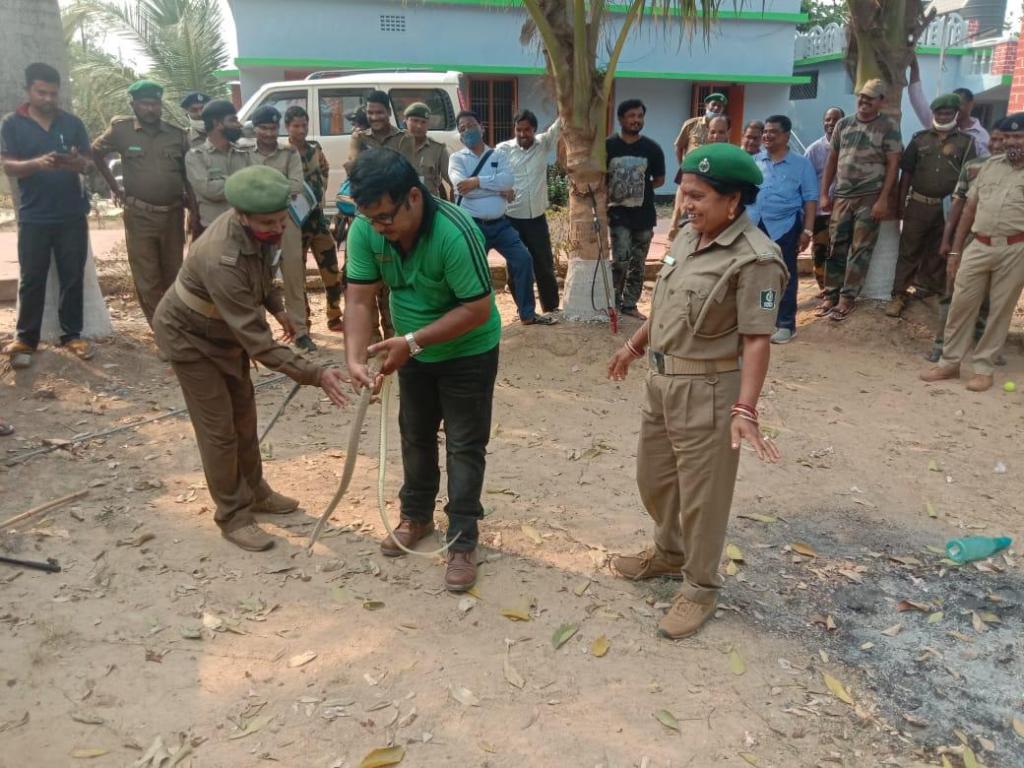 The villages around Odisha’s Bhitarkanika National Park, the country’s second-largest mangrove forests, are increasingly reporting cases of snake bites during this monsoon season: At least eight people have succumbed to snake bites so far.

Ashok Das (26) of Sanaora village was bitten by a snake June 28, 2021 while he was sleeping in his house. He was shifted to the Community Health Center (CHC) at Rajnagar, but later died.

Villagers in Mahakalapada and Rajnagar blocks of Kendrapada district near the national park often succumb to snake bites during the monsoon season.

“Each year on July 16, the World Snake Day, we organise awareness camps on how to save people from snake bites and to protect reptiles. But the novel coronavirus disease (COVID-19) forced us to cancel our awareness meetings this time,” said Hemant Rout, secretary of Gahiramatha Marine Turtle and Mangrove Conservation Society (GMTMCS), Bhitarkanika.

“The snakes crawl into homes in the rainy season as the monsoon is the breeding season for the reptiles. The number of snakes appearing in human habitatations increases during the nesting season,” the forest officer said.

He added that snakes are not our enemies: “Reptiles attack humans when they disturb them. Snakes guard the eggs near the nests. Snakes kill rats as a result the reptiles help farmers. Killing snakes disturbs the balance of the nature’s food chain will be affected.”

“During the one-day long training a few days ago, I informed the villagers about forest and wildlife laws, aspects of snake-catching and handling along with what to do in case of snake bites. All snakes are not venomous,” said Suvendu Mallick, general secretary, Odisha  Snake Helpline.

King cobra and other poisonous snakes, he said, are powerful and need to be held using a hook or a tong, but never caught by the neck.

“We learnt the technique of capturing snakes without hurting them and also to give first-aid to patients bitten by reptiles,” said Kapil Das, a forester of Bhitarkanika.

Pradip Das, a social workerin  Dangamala village near Bhitarkanika said the healthcare system  in remote coastal  pockets has a shortage of medical personnel, and has poor transport facilities and infrastructural inadequacies.

When contacted M Beg, additional district medical officer, Kendrapara, said: “We stocked sufficient anti-venom medicines in hospitals to treat the patients. We have advised villagers not to approach any quacks for treatment”.