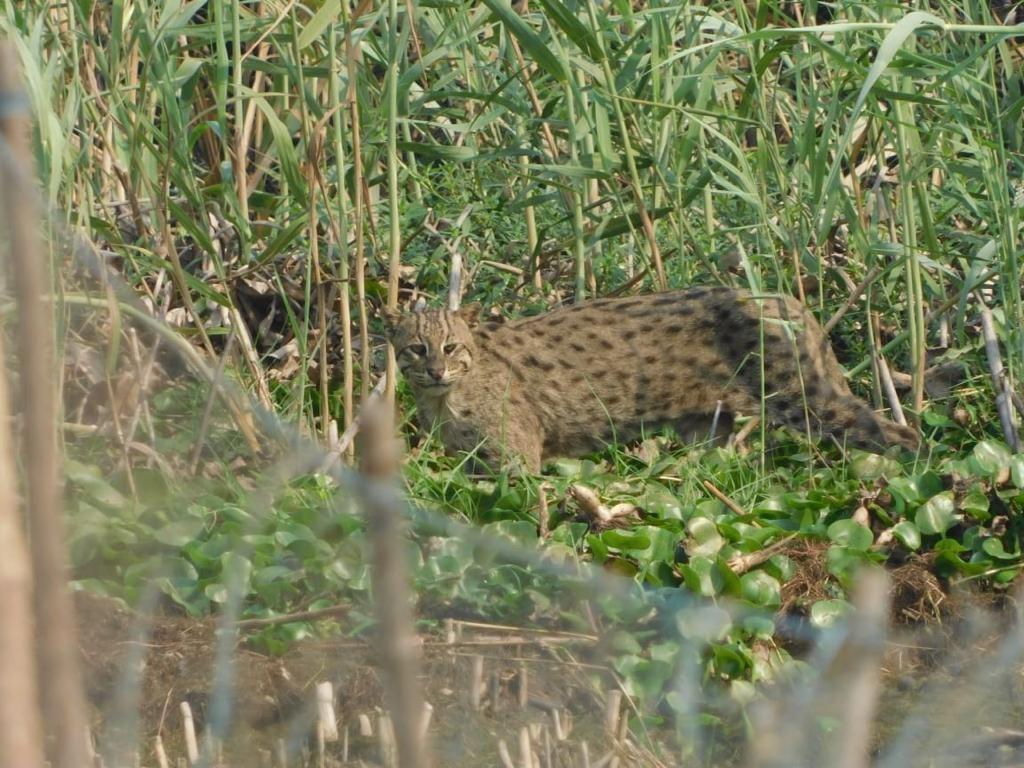 CORRECTION: This article was first published on March 3, 2021. It wrongly noted the Fishing Cat to be both ‘Endangered’ as well as ‘Vulnerable’ according to the IUCN Red List. The current designation is ‘Endangered’. We regret the error.

The first-ever survey of the elusive fishing cat in and around Asia’s biggest brackish water lagoon, the Chilika lake in Odisha, started March 1, 2021, officials said.

The survey to enumerate the animal’s population is being done by the Chilika Development Authority (CDA), the regulatory body for the lake, in collaboration with the Fishing Cat Conservation Alliance (FCCA), a non-profit.

Local fishermen, along with wildlife activists, will assist the CDA in this first-ever maiden survey. “As many as 100 camera traps have been installed on the lake shore and some nearby areas. The areas where the hidden cameras have been installed are those where fishing cats were sighted earlier,” CDA Chief Executive Sushanta Nanda said.

Several fishing cats had already been captured by the hidden cameras in the past two days, he said. The exact number of fishings cat in the lake was not estimated earlier, even though it was sighted frequently in different areas of the vast lake.

The fishing cat is listed as ‘Endangered’ on the International Union for Conservation of Nature (IUCN)’s Red List. The CDA that comes under the Odisha government designated the fishing cat as the ambassador of the Chilika during the celebration of ‘Wildlife Week’ in 2020.

The CDA has also rolled out the fishing cat project in collaboration with the FCCA, after they found the globally endangered species in the blue lagoon, spreading around 1,100 sq km in three districts — Ganjam, Puri and Khorda.

A fishing cat captured in a camera trap at night. Photo: Hrusikesh Mohanty

As a part of the project, awareness will be created among local people and fishermen for the animal’s conservation, official sources said.

The state forest department had already rolled out a two-year project for the conservation of the fishing cat in the Bhitarkanika National Park in 2020.

“It is a welcoming step to create awareness about conservation measures, when this highly endangered species is facing threat from different quarters,” Biswajit Mohanty, secretary of the Wildlife Society of Odisha, a non-profit working for the protection of wild animals, said.

The loss of habitat due to the destruction of wetlands is a major threat to the fishing cat. Besides, the animal is also killed by people under the wrong assumption that it is a juvenile tiger and thus dangerous, he said.

Fishing cats are almost twice the size of the house cat. They are generally found in the marshy wetlands of northern and eastern India and on the mangroves of the east coast, a wildlife activist said.