Yes, there are crocodiles in Iran and they are in trouble due to climate change 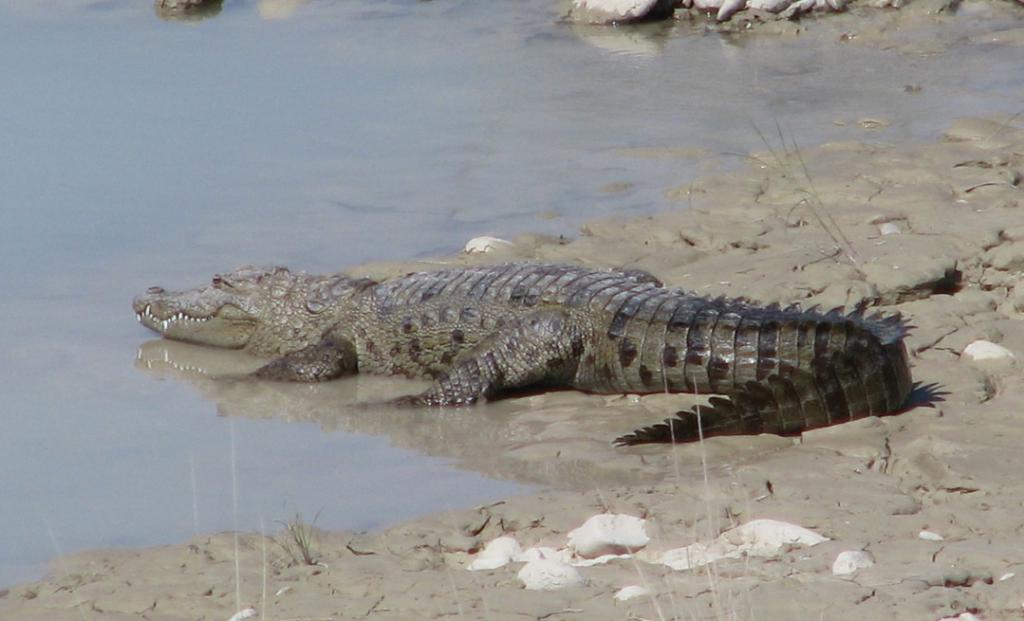 One would not usually associate Iran and its snow-clad mountains, arid deserts, high plateaus, lush green Hyrcanian forests and the Persian Gulf coast with crocodiles. But Sistan and Baluchestan, the country’s second-largest province by area, that borders Pakistan and Afghanistan, is home to the animals. They are in the news for rising attacks on people due to climate change.

The BBC December 28, 2021 described how conflict had increased between crocodiles and humans in Sistan-Baluchestan due to extreme scarcity of water.

The (crocodile) population in southeastern Iran remains severely vulnerable to extreme climatic events, such as periodic droughts and floods. Iranian crocodiles are therefore directly impacted by climate change and are in critical need of immediate study to evaluate this threat.

Do these animals prey on humans?

“They are not large enough to attack humans, so they don’t prey on them. But attacks do happen and increase in the dry and wet season. Since 1979, we have had 4-5 fatal attacks, all on school children. In the past four years, we had two attacks that resulted in the loss of an arm and a hand of two young children,” Mobaraki told Down To Earth.

“In my records, from 2012 to 2022, there were eight attacks with only one fatality. I only have one attack recorded from before 2012 and that one occurred in 2003 (and it was fatal). There were, of course, other attacks prior to 2012 and going much further back, but to the best of my knowledge these were not recorded in official records,” Brandon Sideleau, who manages CrocBITE, a worldwide crocodilian attack database, told DTE.

What should be done to solve human-crocodile conflict in Iran in the light of increasing climate change?

Sideleau said he would “recommend similar measures to what is being done in India and Sri Lanka.”

He noted that CEEs (Crocodile Exclusion Enclosures) could be quite effective in mitigating crocodile attacks in Iran since most attacks occurred on bathers and clothes washers in freshwater areas.

“Community education and outreach is of vital importance since it allows the community to understand crocodile safety and it actively involves them in conservation and management. In Iran, drought is a major issue. So, the lack of available water is bringing people into conflict with crocodiles. CEEs would help a lot here, as would plumbing and safer access to freshwater. However, all these cost money and funding isn’t always available,” Sideleau told DTE.

Indeed, Sistan-Baluchestan is considered among the poorest and most under-developed regions in Iran.

The province is home to the Baloch people, who make up the majority and overlap into the neighbouring Balochistan province of Pakistan. The province is also home to Chabahar on the Persian Gulf, where India is building a huge port.

The Sunni Baloch population in the province has often complained of discrimination by the Shia Persian regime in Tehran.

“The crocodile found in Iran is the same species that is present throughout the Indian subcontinent, the mugger crocodile or Crocodylus palustris. Regional differences are possible, depending on factors such as resource availability,” Sideleau said.

The Iran muggers represent the westernmost population of mugger crocodiles and the westernmost population of crocodiles before you reach the Nile crocodile (Crocodylus niloticus) in Africa. There is a “no man’s land” with no crocodilian species from Iran to Egypt, where Nile crocodiles are currently found in Lake Nasser, the reservoir created by the Aswan High Dam. This “no man’s land” is almost certainly due to the aridity of the region and the lack of habitat.

“Crocodiles in Sistan-Baluchestan are known by the Balochi term ‘Gando’, meaning ‘moving on a belly’,” Mobaraki told DTE.

“We estimated that there are 500 gandos in Iran currently, almost all of them in Sistan-Baluchestan,” Mobaraki said.

He agreed with Sideleau’s view that the gandos of Iran were scientifically considered to be the same as the muggers of the Indian subcontinent.

“But the Iranian populations are in an extreme habitat. Hence, they seem to be a bit polymorphically different. They are smaller than their Indian relatives,” Mobaraki said.

Iran had been in the news over climate change in November 2021, when the residents of Isfahan, the country’s third-largest city, had clashed with authorities over the ‘disappearance’ of the city’s river, the Zayandeh-Roud.

The protestors alleged that the river’s water was being diverted to neighbouring Yazd province even as extreme drought had affected most of the country.

Indeed, the problem of drought caused by human-induced climate change is a nagging one for Iran. It has increased in the years since the 1979 Islamic Revolution. Critics have alleged that the issue has been exacerbated because of ‘mismanagement’ by the regime.

The Iran Meteorological Organization has estimated that some 97 per cent of the country is dealing with drought at some level, according to media reports.