Yes, there were lions in Haryana till the early 1800s and the British wiped them out

Between 1809 and 1823, hundreds of Asiatic lions were killed in today’s Haryana by British officers, soldiers and Indian princes aligned with them 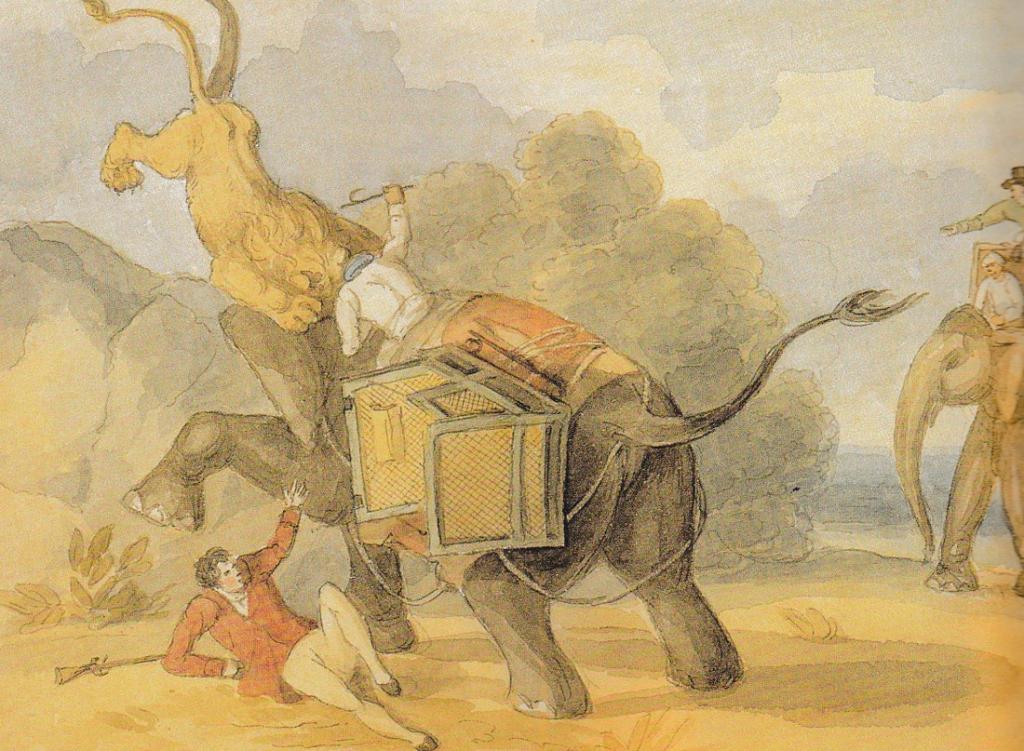 Today, the Asiatic lion (Panthera Leo persica) is singularly identified with the Gir forest of Kathiawar and is the symbol of ‘Gujarati Asmita’. But history was very different. These lions ranged across the western, central and northwestern part of the Indian subcontinent, including the present-day state of Haryana, reveals a recent academic paper.

Haryana today is a primarily agrarian landscape between the Sutlej and Yamuna rivers and the Aravalli hill range. But in the first three decades of the nineteenth century, the state was home to arid savannahs and dense scrub jungle where lions, leopards and tigers cohabited, the paper notes.

The last hurrah of the ‘Hurrianah’ lion Panthera Leo persica – Part 1: A chronological record of hitherto unknown references to lion hunting in present-day Haryana and relates reports has been authored by wildlife historian Raza Kazmi.

It was published December 29, 2021 in the Journal of the Bombay Natural History Society.

Kazmi has pored over a plethora of British colonial records from 1809 onwards to show how British officers, soldiers, hunters and Indian princes wiped out the lions of the region wantonly, in the name of ‘sport’.

The area known as Haryana came under British control as a result of a treaty signed in 1809 between the East India Company and the Sikh Empire of Maharaja Ranjit Singh.

The Sutlej river was declared the border between the two sides, which they were expected to respect and not cross.

The British-era Hurrianah territories today cover the state of Haryana and the regions of Malwa and Puadh in southern Punjab (between the Sutlej and Ghaggar rivers). At the time, these also included the Cis-Sutlej princely states of Patiala, Nabha, Jind, Kaithal and Thanesar.

Kazmi’s paper is the first part of a two-part series which examines the lions of Haryana in detail.

He notes that the British, who were advancing westward into India after gaining the Diwani rights of Bengal, Bihar and Odisha in 1765, had first erroneously doubted that the existence of lions in ‘Hindoostan’.

“In 1809, Aleck Fraser, younger brother of British army officer William Fraser, recorded the existence of two lion cubs captured from the wild and kept in the British Residency in Delhi,” Kazmi writes.

The British administration first officially confirmed  the presence of lions in India through a military dispatch titled Lions Extant in India published in 1810.

The note, says Kazmi, was sent from the military station of Hansi March 8, 1810.

It “gave an account of five horsemen from the Hansi cantonment rousing a lion and lioness from their grass cover, near a village about “14 coss” (kos or 3.08 km) while the pair was consuming a kill (pig). The grass was set on fire to drive the lions out, and while the lioness fled, the large male lion marched towards the soldiers “with his mane and tail erect” and was subsequently killed, but only after severely wounding one individual.”

The male’s mane was found by the British to be similar to the mane of an African lion, except that it was lighter, Kazmi writes.

Kazmi has compiled a table in the paper which enumerates the number, sex and location of lions killed by the British between 1809 and 1823.

Kazmi says that the actual number of lions killed during this time may have been much higher. “This is so because the sources I have consulted are only British hunting records, and even those pre-1857 British records are mere snippets and glimpses of the actual scale of shikar being undertaken at the time, as the tradition of producing detailed faunal studies, gazetteer writing, and shikar literature would only appear post 1857,” he writes.

The author has mentioned locations that one would today not consider as wildlife habitat, much less lion range:

Kazmi notes the wanton destruction of the lion population at the hands of the British.

For instance, he cites A journal from the year 1811 till the year 1815, including a voyage to and residence in India, with a tour to the north-western parts of the British possessions in that country, under the Bengal government.

This document was based on the private travel diary of Maria Nugent (nee Skinner), the wife of Sir George Nugent, the Commander-in-Chief of India (1811–1813). It was published posthumously in 1839.

In a period of less than one month (December 1812 to early January 1813), Lady Nugent’s diaries reveal killing of at least 22 lions (and sighting of at least 29 lions, seven escaping being killed).

In another section he says: “One of the most critical findings of this research was that often during such shoots, entire prides were wiped out by hunters, including cubs that were killed or captured.”

The paper gives multiple hunting accounts to illustrate this destruction of entire prides during a single shoot.

So why were lions killed so easily? Kazmi says “the hunting of lions was much easier and swifter (compared to tigers in the jungles) because of their gregarious nature, and more importantly the kind of open habitat they dwelled in where, as Lady Nugent recorded, “the instant they make their appearance in the plain, they are followed and destroyed.”

It was not just the British. Indian princes too were hunting lions and other wildlife, says Kazmi. He writes:

The next day (January 5, 1813), Lady Nugent recounts discussing lions with the Raja of Jheend (Jind) while camping at the village of Khalwah (most probably present day Kalwa village in Pillu Khera tehsil of Jind district, Haryana) which she describes as a “wild country, covered with jungle and low wood”, where “the young Rajah yesterday told us he had killed four lions himself, in this neighbourhood, in one day.

The lions were also depicted in British paintings.

“The second of these two albums has a fascinating sequence of illustrations depicting a hunt for a lion and a tiger taking place in the same beat, in what looks like an open savannah woodland or scrub forest … This album, now housed with the British Library, is perhaps the only existing colonial-era visual depiction of a lion and tiger cohabiting the same patch of forest,” he writes.

The sympatric existence of lions and tigers in Haryana has been shown by Kazmi by citing a number of instances from colonial documents. His paper not just establishes lions and tigers cohabiting the same habitat but in some cases even “the same patch of jungle”. An interesting shooting account presented in the paper describes “the two big cats being shot in the same patch of forest during the same hunt barely an hour apart.”

Kazmi hopes to provide even more details on this topic in the second part of his paper. He hopes to use the historical information to examine the current controversy regarding shifting lions from Gir to Kuno-Palpur Wildlife Sanctuary.

Critics of lion reintroduction have said Kuno can’t be suitable for lions since tigers from nearby Ranthambhore Tiger Reserve also frequent it. Kazmi says he hopes to shed more light on this with evidence from the past that lions and tigers not just cohabited the same larger landscapes but in some cases carved out niche habitats in specific jungles as well.