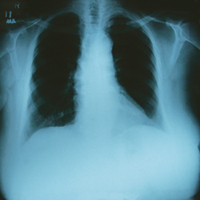 World Health Organization (who) says over 3 billion people use solid fuels, including biomass--wood, dung and crop residues--and coal for cooking

About 54 per cent of the people in the developing countries lack access to modern energy sources. They depend on traditional fuels. Indoor smoke from solid fuels is the 4th leading high mortality risk there

who says dependence on solid fuels is one of the 10 most serious threats to public health, causing premature deaths

In terms of environmental risks, indoor air pollution is the second most important risk factor, after unsafe water. It accounts for twice the number of deaths reported from urban outdoor air pollution

Women spend 3-7 hours in the kitchen everyday and breathe in smoke equivalent to consuming two packs of cigarettes. This causes acute and chronic respiratory and cardiovascular diseases

In 21 countries, indoor air pollution accounts for about 5 per cent of the total deaths and diseases

Use of biogas, liquefied petroleum gas and kerosene can minimise the health risk, preventing 1.5 million deaths per year