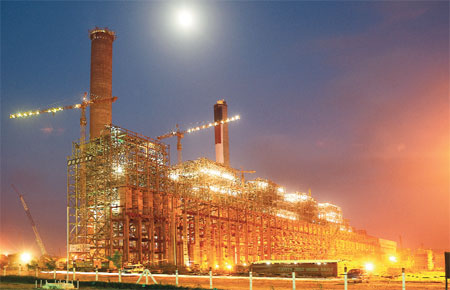 AFTER two years, voices of more than a thousand fisher families along the Mundra coast in Gujarat have been heard. A grievance mechanism of the World Bank has accepted their complaint that a soon-to-be commissioned coal power plant funded by the bank will affect the environment and their livelihood. The World Bank is extending a loan of US $450 million to the project, which is 25 km from the port in Kachchh district.

The fishing community, which contributes to Mundra’s annual fish harvest of 12,000 tonnes, says the US $4.2 billion project by the Tata group will lead to economic displacement of residents. In their complaint to the Compliance Advisor Ombudsman (CAO) the fishermen say the project threatens fish catch. The industrial discharges will kill fish in two harbours.

The fly ash from the plant will make the catch, laid out to dry, unfit for sale. The plants’ fences will prevent them from using their old routes to reach the sea and they will have to walk an extra seven to 14 km, they say. The complaint was accepted on June 30.

Bharat Patel, one of the leaders of Machimar Adhikar Sangharsh Sangathan, an organisation working for fishers’ rights, says fishers were excluded from the list of those impacted by the project, and the potential loss of livelihood was overlooked. “But now that CAO has accepted the complaint, we hope the seriousness of the issue will be exposed,” Patel adds. CAO’s acceptance of a complaint does not entail any judgement on the merits of the concerns raised in the complaint. The Ombudsman has confirmed that an assessment by its team is under way. This means CAO will facilitate negotiations between the company and the fishers. In case that fails, an audit may be initiated, says Emily Horgan, programme officer in the Washington office of CAO.

A company spokesperson says, “Financing from the World Bank will not be affected unless CAO says the company has violated the terms of financing which, in our view, is untrue.” The Ministry of Power had awarded the Tata group contract for a 4,000 megaWatt power station on 1,200-hectare site in 2006. The plant is expected to be commissioned by the end of 2012. Once operational, it will demand 12 million tonnes of coal per year from Indonesia and other countries, for which it will use the Mundra port. According to the company, the greenhouse gas emissions generated by the project will be about 750 grammes of carbon per kWh. The Indian average is 1,110 grammes per kWh, while the world average is 919 grammes per kWh. The company spokesperson says the marine impact assessment studies show the plant will have minimum impact. “Based on this the project was granted environmental clearance in 2007.” He says, adding “we will continuously monitor the temperature of the water discharged, and the temperature difference between the inlet point and the discharge point will be within the statutory limits”. There will be no obstruction to free flow of the tidal water in the creek area, the spokesperson says.

The CAO assessment can assist local communities. In 2009, a local NGO in Sri Lanka filed a complaint on behalf of the residents of Deniyaya village against an eco-tourism project funded by a private company. The complaint raised concerns over felling of trees and damming of a tributary that threatened the Sinharaja Rainforest, a UNESCO World Heritage Site. The case closed in June 2011 in settlement between the two parties. The claimants accepted the recommendations of CAO assessment report. The recommendations were, public disclosure of environmental permits, and preparation of a community development plan.