Forty years after its project to fight river blindness, World Bank says the disease exists only in conflict-hit African nations 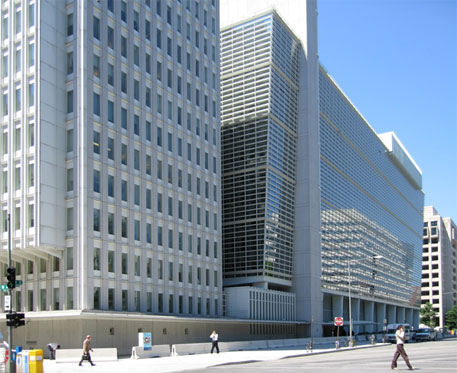 In 1974, the World Bank launched its first health project to fight against river blindness. Forty years later, the project, which protects 100 million people a year from river blindness in 31 African countries, plans to eliminate the disease.

The African Program for Onchocerciasis Control (APOC), which is a partnership between the World Health Organisation, the World Bank, African governments and pharmaceutical firms, took the new pledge during its 40th summit in Washington last month.

River blindness or onchocerciasis is a debilitating neglected tropical disease that causes severe discomfort and eventual blindness among infected people. The flies that spread the disease breed in fast-flowing water. As a result, vast tracts of fertile land in Africa were unsafe for agriculture before 1960s. But today, not a single patient goes blind from the disease in 28 of the 31 African countries where river blindness was endemic before the project was started.

“Although APOC was first set up to control river blindness, it now aims for complete elimination of the disease in Africa. All 47 ministers of health in Sub-Saharan Africa have recently agreed to expand APOC’s mandate over the period 2016-2020,” said Luis Sambo, WHO regional director for Africa, during the 40th anniversary celebration in Washington.

Jim Yong Kim, current president of the World Bank, said that APOC’s river blindness control was often part of the peace dividend when long-running conflicts ended in many countries, such as Liberia and Sierra Leone. “In fact, the only countries in Africa where river blindness still causes loss of sight are those where conflict persists,” he said.

1974: Onchocerciasis Control Program (OCP) started by former World Bank president Robert McNamara to end the “cruel nexus between poverty and disease, and the link between disease and development”. The project began by treating large areas in 11 countries with a larvicide, a chemical used to kill larval pests. The chemical was sprayed over large teracts of land with helicopters. Though initially successful, the process had to be stopped because the larvae were growing immune to the chemical and it was expensive.

1988: A drug called Mectizan developed by pharma company Merck. The company pledges to donate as much Mectizan to control river blindness in Africa as would ever be needed.

2014: APOC aims for complete elimination of the disease in Africa