Dengue poses tough challenge; over 40 per cent of the world population is at risk from dengue, says WHO

The theme of the World Health Day this year is vector-borne diseases (VBDs), which account for 17 percent of the estimated global burden of all infectious diseases.
VBDs are endemic in more than 100 countries, 70 per cent of which are low- and lower middle-income nations. At present, dengue is the world's fastest growing vector-borne disease, with a 30-fold increase in incidence over the last 50 years.

Vectors are organisms that transmit pathogens and parasites from one infected person (or animal) to another, causing serious diseases in human populations. These diseases are commonly found in tropical and sub-tropical regions and places where access to safe drinking-water and sanitation is a problem.

“Most of the VBDs are found in low-income countries and are known to affect more than half of the world population. Death among children due to VBDs is very high in low-income countries. Citing the example of malaria, Asheena Khalakdina, epidemiologist with WHO-India country office, says, “According to the latest WHO estimates, there were about 219 million cases of malaria in 2010 and an estimated 700,000 deaths.” The expert adds that about 90 per cent of all malaria deaths occurred in children under five years of age.

Though there has been considerable improvement in controlling these diseases across the world, dengue still poses a serious challenge. Over 2.5 billion people– 40 per cent of the world population–is at risk from dengue.

Within dengue, severe dengue or dengue haemorrhagic fever has also emerged as a major concern. First discovered in 1950s in Thailand and Philippines, it has now spread all over the globe. According to WHO estimates, nearly 50-100 million people get dengue infection every year. Cases across the Americas, Southeast Asia and Western Pacific exceeded 1.2 million in 2008 and over 2.3 million in 2010. In 2013, 2.35 million cases of dengue were reported in the Americas alone, of which 37,687 cases were of severe dengue (majority being children below 15 years of age).

Apart from poor sanitation and weather conditions, international travel is the leading cause of spread of VBDs across globe. Thus, it is being realised that efforts to control VBDs have to be global in nature. Recently, global health organisations, private foundations, donor and endemic country governments and 13 pharmaceutical companies came together to reduce burden of neglected tropical diseases (NTDs), many of which are VBDs. Chagas disease, dengue and lymphatic filariasis are a few examples of such diseases. On April 1, a new plan to of funding and research was launched by the group. Some gains for VBDs included the World Bank funding of US $120 million for fighting onchocerciasis in Africa. Eisai, an Indian medical products company, has begun supplying free diethylcarbamazine citrate (DEC) tablets, produced at its Visakhapatnam plant in Andhra Pradesh in India, to help eliminate lymphatic filariasis in targeted countries.

For research, German company Merck KGaA is leading a partnership to develop a paediatric formulation to treat schistosomiasis for which clinical trials will begin this year. 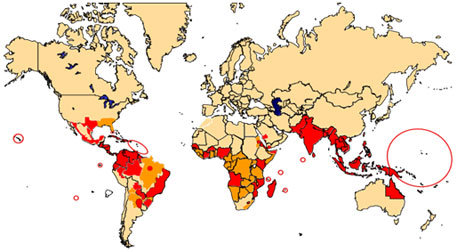 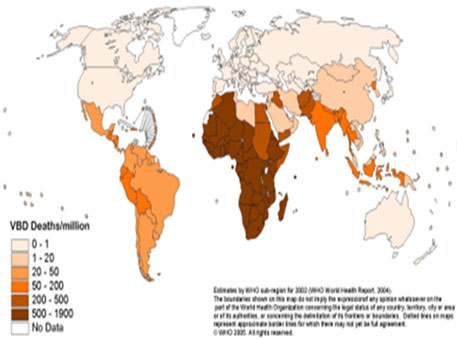