Australian government given time to improve reef’s health; not to be included in list of ‘in danger’ sites yet 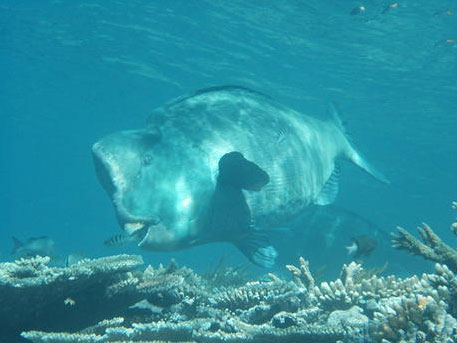 The World Heritage Committee has decided to defer its decision on whether to include Australia’s Great Barrier Reef in the list of protected ‘in danger’ sites by a year, after the federal government presented a report, indicating improvement in the reef’s health.

The Australian government can breathe easy as this effectively means UNESCO has granted them one year to establish additional environmental protection mechanisms. The reef, which has undergone tremendous deterioration in the past decade due to overfishing, pollution, cyclones, and climate change will join the likes of the Belize barrier reef system in UNESCO’s ‘in danger’ list , if the government doesn’t act immediately.

UNESCO had recommended that the Great Barrier Reef off Queensland should be termed as World Heritage in Danger site following the federal government’s approval of dredging and dumping approximately 3 million cubic metres worth of sludge in the reef’s waters.

UNESCO condemned the approval by stating that the decision was taken without the government undertaking a comprehensive assessment of alternative and less impacting disposal options. The government’s decision taken for the development of new coal ports at Abbot Point, will lead to excessive water pollution and damage to the biodiversity of the reef, due to the dispersal of sludge through ocean currents. This is also seen as a blatant disregard for the environment and privileging business interests over environmental conservation efforts by the Tony Abbott-led government. Queensland’s environment minister, Andrew Powell, representing Australia at the World Heritage Convention, stated that the Committee was being misinformed about the status of the reef and that he was attending the Convention to indicate the “real picture”.

Questions over the devolving of federal environmental approval powers to states, as suggested by the Abbott government, were also raised with the UNESCO deeming this as “premature” before long-term plans for sustainable development are adopted.

Recently, Deutsche Bank refused to fund Adani's coal project as criticism of the Australian government’s approval of the project grew.

The Australian government body that protects the reef, however, approved another project which allows the dumping of 370,000 cubic metres of dredge spoil into the ocean from Hay Point, as reported by the Australian Associated Press. The project, approved months after the one at Abbott Point, will grant easier access for ships to the port and increase capacity.

With this decision, the status of the Great Barrier Reef remains uncertain but the United Nations has made its stance clear towards marine conservation.

Research: The 27–year decline of coral cover on the Great Barrier Reef and its causes

Research: Adaptive management of the Great Barrier Reef: A globally significant demonstration of the benefits of networks of marine reserves