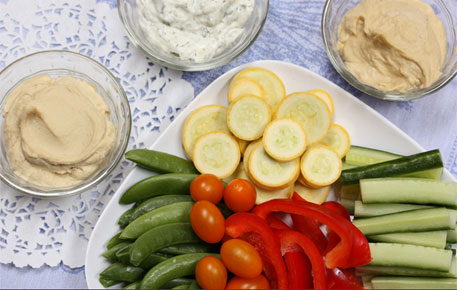 The traditional dietary habit of the Mediterranean is undergoing a “transition”, with people in the region eating more meat and dairy products than plant-based food.

A recent report compiled by the Food and Agriculture Organization (FAO), the United Nations food agency, and the International Centre for Advanced Mediterranean Agronomic Studies (CIHEAM) shows the negative effects of diet change across the region, which was once considered the backbone of sustainability.

The study says that three major factors—globalisation, food marketing and changing lifestyle—are the main drivers behind the changing consumption pattern in the Mediterranean.

“The health benefits of the Mediterranean diet and its effects against chronic diseases have been well established by the scientific community. It (the diet) has been scientifically proved to have markedly reduced the incidence of coronary heart diseases, cardio-vascular events and various types of cancer,” Bhaskar Goswami, policy specialist with FAO India told Down To Earth.

“Countries ought to follow a diet based on locally-appropriate sustainable food production system. Any diet that is healthy and has lower environmental footprints should be followed.”

At present, the Mediterranean region is witnessing the co-existence of under-nutrition, along with obesity and food-related chronic diseases, the report says. The “transition” in dietary habits is having a negative impact on people’s health.

The paper also shows a contrast in the dietary habits between northern and southern Mediterranean nations. Diet in the southern countries is mainly vegetarian. Cereals are the basic ingredients and pulses provide the main source of protein. However, in northern countries, meat forms a considerable part of food intake.

“In many Mediterranean countries, eating habits are changing, following the introduction of Western-style dietary patterns,” the study says.

The Mediterranean diet has been recognised as a healthy dietary habit by FAO because of its several virtues. It is “a diversified dietary pattern, and (if) widely adopted could not only prevent diet-related chronic non-communicable diseases, but also contribute to reduce the environmental impact on agriculture”, Dernini said.

“Given the importance of food consumption ..., urgent steps must be taken in the Mediterranean region, as well in other regions, to promote dietary patterns which can drive food production towards more sustainable patterns,” he told Down To Earth in an email interview from Rome.

FAO estimates that to satisfy the needs of a growing and richer population globally, food production will have to increase by 60 per cent towards 2050.

“Rising incomes and urbanisation are driving a global dietary transition in which traditional diets are being replaced by diets higher in refined sugars, refined fats, oils and meats,” Dernini added.

According to an Intergovernmental Panel on Climate Change (IPCC) report, the Mediterranean is one of the major regions of the world where global warming will threaten the environment and human activities in future.

“The Mediterranean diet is an outstanding resource for sustainable development, as it contributes to promoting local production and consumption of food, encourages sustainable agriculture and safeguards the environment,” Goswami added.

All main stakeholders in the agro-food sector in the Mediterranean region should cooperate towards increasing the sustainability of food consumption and production pattern to achieve food and nutrition security, he said.

Effects of low-carbohydrate and low-fat diets: A randomized trial

Primary prevention of cardiovascular disease with a Mediterranean diet