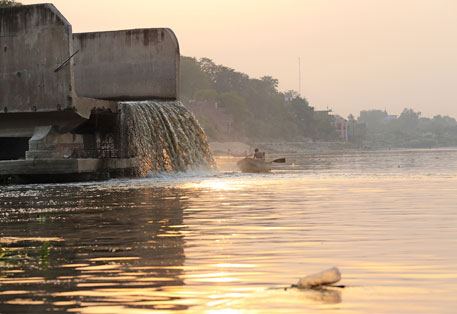 The world has grossly over or underestimated the water demand projections (WDPs) in the past that has resulted in poor water conservation efforts. The Global Water Demand Projections: Past, Present and Future report, after analyising six WDPs conducted before 1990 and seven conducted after 1990, found that “accurate WDPs can reduce waste or scarcity associated with overdevelopment or underdevelopment, respectively, of water resources”.

“The pre-1990 WDPs, which considered population as the main driver of change, over predicted current water use by 20 per cent to 130 per cent,” says the report by the non-profit International Water Management Institute. It blames unrealistic assumptions on the projected water use in different sectors for the large discrepancies.

In contrast, the post-1990 WDPs with their sophisticated modeling frameworks and refined estimation procedures, underestimated water use projections. “Yet, the post-1990 WDPs of the ‘business as usual’ (BAU) scenarios show substantial underestimation globally, and large deviations for sectors and countries, from the current water-use patterns; the sustainable water use scenarios are even more downward biased,” it says. As a result, the average per capita domestic water withdrawals at present already exceed projections made by the BAU scenario for 2025.

The study found that the BAU projections for the agriculture sector are mostly under- or over-estimated (-11 per cent to 3 per cent). “For India, the underestimation ranges from 20 to 90 billion cubic meters (Bm3) or 3 per cent to 14 per cent of the total water withdrawals. For China, they over-estimated the demand by 37-54 Bm3 or 7 to 11 per cent of the total withdrawals… Overall, the value of long-term country-level projections in global WDPs is inadequate for local water resource planning,” it says.

The report, as a result, suggests accuracy and value of global WDPs could be increased, “if past trends, spatial variation across and within countries, and influence of rapidly changing key exogenous and endogenous drivers of water demand in different sectors are taken into account”. It also suggests realistic, short-term predictions are more beneficial to individual countries.