Benefits of speaking more than one language

Half the world’s population is bilingual but what do scientists have to say on the issue? 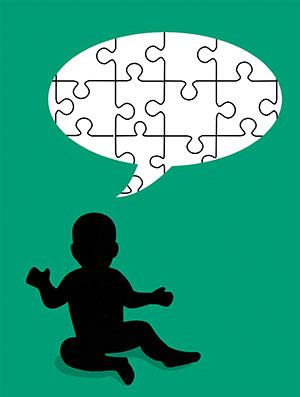 The social benefits of being able to speak two or more tongues are obvious—you get to know other cultures and thereby expand your social base. But does it also somehow make the mind nimbler, if not more intelligent?

For the better part of the last century, most scientists believed that while it was an advantage for a child to speak two languages, it came at a heavy price. To quote one Danish linguist from that period, “First of all the child hardly learns either of the two languages as perfectly as he would have done had he limited himself to one… Secondly, the brain effort required to master the two languages instead of one certainly diminishes the child’s power of learning other things.”

Since the 1960s, this view has been gradually eclipsed as many studies found that kids speaking more than one language enjoy what researchers call the bilingual advantage. Apparently it boosts the brain’s executive function—an omnibus word used to describe a medley of mental faculties such as problem-solving ability, memory, communication, sustained focus, and multi-tasking. Significantly, studies also show that the bilingual brain is more resilient to dementia and Alzheimer’s.

Canadian psychologist Ellen Bialystokput’s 2004 study is major contribution in this regard. Bialystokput put two sets of people—Tamil-English bilinguals from India and English monolinguals from Canada—through a test called the Simon task. The idea was to press a key (say right key for red and left for green) as the colour objects flash on a screen. Expectedly, the reaction time is faster if the position of the keys and objects match (red object on right half of the screen) than if they don’t (red object on left).

Bialystok found the bilingual Indians were quicker and more accurate than the monolingual Canadians when the keys and colours were mismatched. The results of this test made him arrive at the conclusion that the constant switching between two languages alters the brain’s architecture in ways that somehow make the executive function more efficient. Nevertheless, sceptics remain. Without discounting the results of studies that have shown the positive effects of bilingualism, psychologists have countered the bilingual advantage thesis saying it is not as universal and common as claimed.

Advantageous or not, it is a fact that more than half the world is bilingual today–thanks to the globalization of English, albeit sadly, at the expense of many vulnerable languages.