Lack of physical interaction with teachers and peers has stunted socio-emotional development of such children, claim counsellors 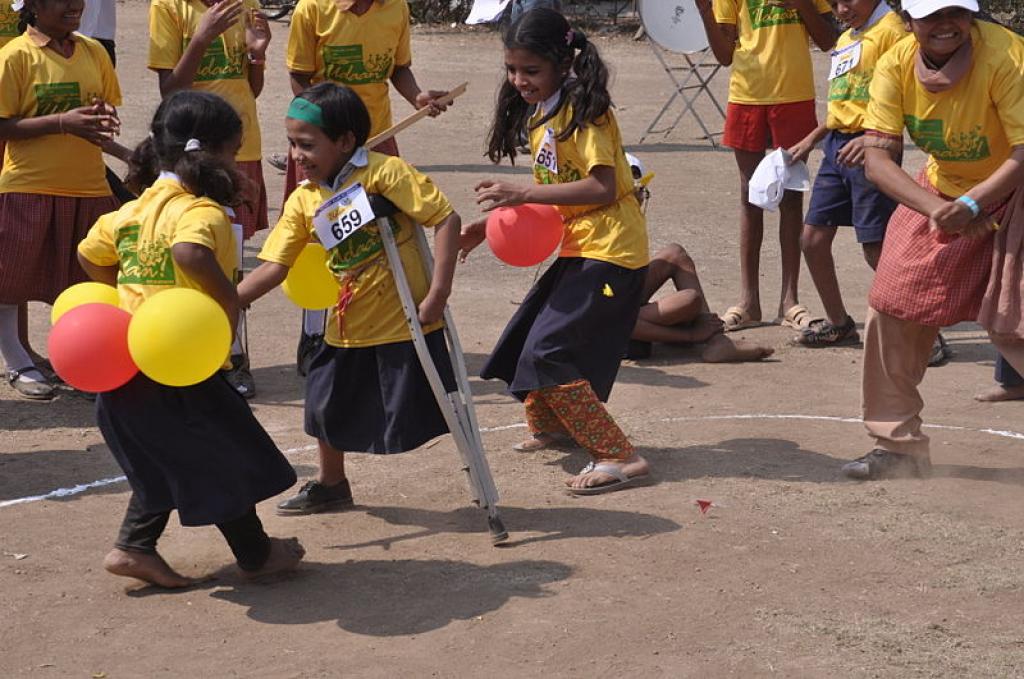 The sudden and nearly complete shift to online education due to closure of schools amid the novel coronavirus disease (COVID-19) pandemic has thrown up many challenges for the differently abled children. Virtual learning has made learning difficult for them.

Specially abled children require routine and emotional support as well as therapy and personal attention for their overall development. Physically attending school before the pandemic helped them learn effectively. But the progress has largely been undone with the online mode, according to experts.

About 2.21 per cent (26,814,994) of India’s population was differently abled, according to the State of the Education Report 2019 for Children with Disabilities by UNESCO based on Census 2011.

There are 7,864,636 such children (up to 19 years of age) in India, which makes up 1.7 per cent of the country’s total child population. Of them, 5,572,336 were up to 14 years at the time of the Census. This is likely to be the group in schools and colleges now, and is directly affected by pandemic-induced educational disruptions.

The report highlighted the existing poor education rates among specially abled children: Of the total 6,572,999 children in the 5-19 age group, only 61.18 per cent (4,021,301) have attended any educational institution. This was well below the national average of 70.97 per cent for children in all categories. 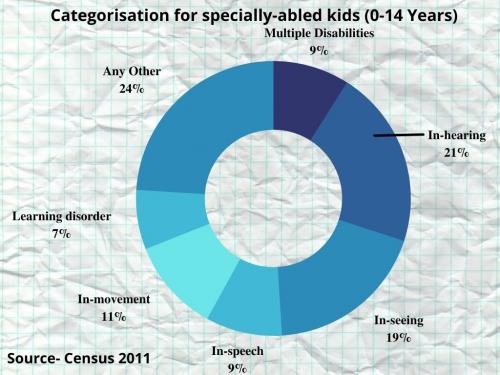 The Rights of Person with Disability Act (RPWD), 2016 recognises the rights of children (aged 6-18 years) with benchmark disabilities to study at a neighbourhood or special school. The Act promotes the idea of inclusivity in mainstream schools.

Thus, differently abled children now study in special and well as mainstream schools, both of which have transitioned online.

Special instructors are appointed to help such children with their education. But the sudden transition to virtual mode has landed a blow on this inclusivity.

Varsha (14), who has a developmental disorder, lives in the national capital Delhi. She has impaired speech and hearing. She has been entirely dependent on her sister, who is class X, for help with studies. When asked about Varsha’s grade or level, her sister had no answer.

“Varsha is doing assigned work at home, but she was happier in school. She misses her school instructors,” her mother said.

“The Delhi government is currently running a home-based intervention plan for such children. We send books with activities over social messaging application, WhatsApp, to students or their parents, siblings and even neighbours,” Shukla added.

Commonly used technology platforms like WhatsApp, Zoom or Google Meet being used in schools are not designed to keep inclusivity in mind. They require assistive technology — products and related services that enhance inclusion for people with special needs — to study online.

Some schools, especially the private ones, have been able to leverage technology to teach them. However, under-resourced schools are unable to leverage these for their students.  They compound the already existing challenges for children with autism or low-vision.

“Virtual classes for children with autism and other behavioural disorders are still a challenge. The child at times just leaves the class. Some of them hate colours and are hypersensitive to sound. They don’t like if music is played,” said Ambika Subramanian, head, Vidyaniketan Academy.

An absence of special instructors has added new challenges to parenting. Parents often lack the understanding required to teach special kids. Not every parent has the luxury of time or the ability to do so, according to experts.

“We have to loop in parents, elder siblings and even neighbours. Sometimes parents are not educated enough to understand our instructions. Most of them go out for menial work,” said Shukla.

On the other hand, some parents invest too much in their child’s education, said Subramanian. “Every special kid is different. Parents get worried when they see other kids making progress in a virtual classroom. Some parents often start advising other parents about what they should do,” she added.

Lack of physical interaction with teachers and peers has stunted the socio-emotional development of such children.

Aman, a visually impaired child in Byrathi, Karnataka, finds reading small letters difficult. He keeps the screen close to his eye during his virtual class: “The offline mode worked better. I would talk, play and dance with my friends.”

Subramanian said virtual space has impeded emotional development of these kids. “Children have become hesitant because their parents sit nect to them at home. In school, they would talk quite freely,” she added.

Surabhi Verma, therapist at Sparsh for Children, a special education school, said online learning has worsened the condition of a few children.

“Children would earlier go to school, therapy sessions, parks, etc. Now they just sit at home. This has led to regression among children,” she added.