What does the Bible say about locusts?

In the Bible, God afflicts ancient Egyptians with ten plagues for their sins. One of them was the plague of locusts 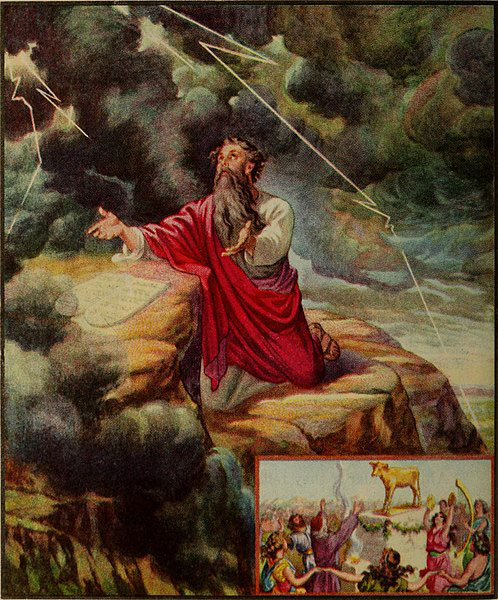 Recently, there have been multiple new reports about locust attacks in Madhya Pradesh, Maharashtra, Rajasthan, Haryana, Punjab and Uttar Pradesh. An alert has been issued in Delhi, the national capital, as well.

Looking at the vivid images of locusts shared by the news channels or across various social media platforms, I was reminded of a story. It was the story of “Moses and the Ten Commandments” as mentioned in the Bible. To be more specific, it was the story of ten plagues inflicted upon ancient Egypt as a divine punishment.

In the Biblical tale, Moses, a prophet and leader of the Hebrews whom the Jewish people consider to be their ancestors, warns the Pharaoh (ruler) of Egypt that his kingdom would be ravaged by plagues if he did not free the Israelites and allow them to go back to Canaan.

As the story goes, the Israelites came to Egypt at the invitation of a Pharaoh. Jacob, one of the patriarchs of the Hebrew Bible (Old Testament), was the leader of the group that migrated to Egypt. At some point, these people lose their status as free people and are enslaved on the orders of a Pharaoh who is jealous of their growing prosperity.

Meanwhile Moses, born to a Hebrew woman, grows up in the royal household of Egypt, not knowing his true identity. In due course of time, he becomes aware of his descent and is ordered by God to lead his people back to their ancestral land– Canaan. This is what bring us to the story of the ten plagues of Egypt.

Now, of the ten plagues, the eighth one was that of locusts. Moses warned the Pharaoh that God will send so many locusts that they will "cover each and every tree of the land and eat all that is there to be eaten". Every time the Pharaoh refused, a fresh plague was inflicted upon his kingdom.

The other plagues were equally scary: The river Nile’s waters turning into blood, frogs, lice, flies, mass livestock die-offs, boils, hailstorm and fire, darkness for three days and finally, the death of every firstborn, human or animal, in ancient Egypt. 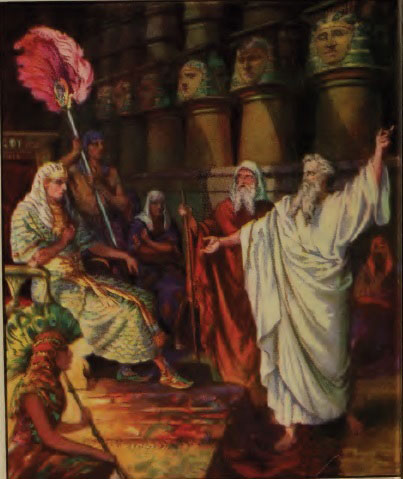 But it’s just a story. Well, what if I say it’s more than that. If we look closely, some eerie examples begin to emerge that reflect a crisis of Biblical proportion! Let me explain. There are the locusts, of course. Interestingly, their route into India has been via Africa. They have travelled with the winds from East Africa over the Red Sea (whose waters Moses parted) to the Arabian Peninsula; and from there over Iran into Afghanistan, Pakistan and India.

Like the river Nile’s waters turning red, the waters of two of the Ecuadorian Amazon’s most important rivers has turned black after two pipelines carrying crude oil burst. This has caused grave hardship to the indigenous people, who are already on a fire-fighting mode due to the novel coronavirus disease (COVID-19).

Ah…yes, how could we forget COVID-19. Just like the pandemic, one of the plagues that afflicted the ancient Egyptians mentioned people developing boils all over their bodies. And then, there was the plague of mass die-offs. The COVID-19 disease has also spread misery and death across the globe. Even the animals including tigers, dogs and cats are threatened by it.

There was also the plague of hailstorm and fire. The world in 2020 has already seen the fires of Australia and the Amazon in 2019. This year, it has seen the cyclone Amphan, which has devastated large parts of India and Bangladesh.

As for the three days of darkness, similar scenes were seen recently in the Sahara Desert in Africa. Niamey, the capital of Niger, turned red recently. Why? Because it is the Harmattan season when dry winds blowing across the Sahara pick up sand and leave behind deposits (of sand) across regions falling on their path. It may be seasonal, but the photographs that emerged from Niamey were nothing short of apocalyptic.

So what do we do now? The religious as well as the superstitious have already shared their version saying these calamities represent the wrath of God over sins committed by humans over the years.

For the rationalists, it is not God but something similar that is taking revenge: Nature. Now this is an explanation that would be agreeable to theists and atheists alike. And there may be some merit to it. How?

Our irrational consumption habits have led to factory farming, a method of raising animals that concentrates large numbers of animals into confined spaces. The illegal wildlife trade is also a consequence of our greed of the forbidden and exotic.

Add to this our never-ending love of fossil fuels, responsible for global warming, desertification, and pollution–all of which in turn lead to cyclones like Amphan, sandstorms like the ones in Niamey and yes, the attacks of locusts that are being attributed to climate change.

So will we also be in the same boat as the ancient Egyptians from Moses’ tale? Fortunately, we still have time to make amends. If we desist from the known ills, may be, God, Nature or whoever is bearing down on us might give us a second chance. But the clock is ticking and we need to hurry.