Only 44 per cent of the over 3 million households in the country are electrified, reveals national energy audit 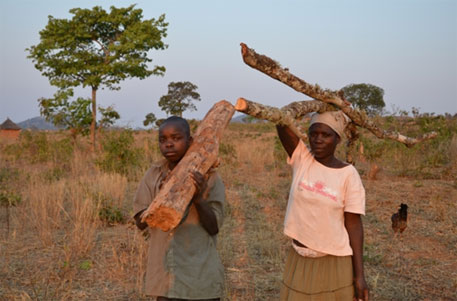 Zimbabwe can save up to 300MW of power per day through energy efficiency, says a national energy audit.

The audit, conducted by consulting firm Sustainable Africa Energy Consortium (SAEC) in partnership with the Scientific and Industrial Research and Development Centre (SIRDC), also revealed that out of the country's slightly more than three million households, only 44 per cent are electrified.

The country currently generates about 1,500 megawatts (MW) of electricity against the national demand of 2,000 MW, forcing power utility, Zimbabwe Electricity Supply Authority (ZESA), to distribute supply judiciously. This has adversely impacted the productive sectors of the economy.

In the energy efficiency audit report, SAEC states that Zimbabwe consumed a total of 2.7 million GWh in 2012 and 2.8 million GWh in 2013. According to SAEC, of the un-electrified households, 62 per cent use wood as the main source of energy for cooking, especially in rural areas where 90 per cent live without access to energy.

A significant gap exists between urban and rural areas in their access to electricity. According to the 2012 National Energy Policy, 83 per cent of households in urban areas have access to electricity compared with 13 per cent in rural areas. Rural communities meet 94 per cent of their cooking energy requirements from traditional fuels, mainly firewood, while 20 per cent of urban households use wood as the main cooking fuel. Coal, charcoal and liquefied petroleum gas are used by less than one percent.

The findings of the report suggest that major inefficiency is due to excessive leakages in irrigation piping system, oversized and under sized water pumps, air leakages in compressed rooms and inefficient lighting system—incandescent light bulbs and lights remaining on during the day. Also, the careless attitude of the residential areas has contributed to loss of energy.

Practical Action, an international non-governmental organisation (NGO) working in developing  countries, says that on current trends, 1.5 billion people globally will still lack electricity in 2030, of whom 650 million will be in Africa. In order to achieve the Millennium Development Goals (MDGs) of the UN, access to electricity is one of the key enabler.