Anthropocene in the Arctic

"But the Arctic tells no lies” — It is with these words that Mark C Serreze closes the last chapter of his book, Brave New Arctic. The words are at once mournful as well as menacing. What makes them truly ominous is that throughout the book, Serreze’s tone remains neutral and matter-of-fact, sometimes painfully so. Soon after discussing the declining population of polar bears—which he takes care to point out is due to a variety of factors—Serreze cheerfully mentions that bowhead whales are actually doing quite well as the loss in seaice has led to a bounty of food supply.

As is evident from the aforementioned example, climate change is a complex phenomenon—one whose effects are still not entirely understood even by those who have spent a lifetime studying it. It is this complexity which drives the book and comes across as its most prominent theme. Serreze is forthright in admitting that throughout the 1990s and early 2000s, the scientific community was not clear on how to best distinguish human footprints of global warming from natural climate variability. This was mostly due to unreliable accounts and records which did not go far back enough to provide sufficient data for mapping climate change. The biggest challenge for scientists, therefore, has been to study a phenomenon that stretches across the entire planet in spatial terms, and has probably been underway before any well-recorded, objective study of climate patterns existed.

It was only around 1996-97 that scientists of various disciplines studying the Arctic started organising in official/unofficial groups to pool their resources and expertise. A prominent example being the “atmospheric reanalysis” efforts, which primarily entailed the collation of all available historical atmospheric information into a numerical weather model—thereby connecting small, isolated instances of climate change to a larger pattern. 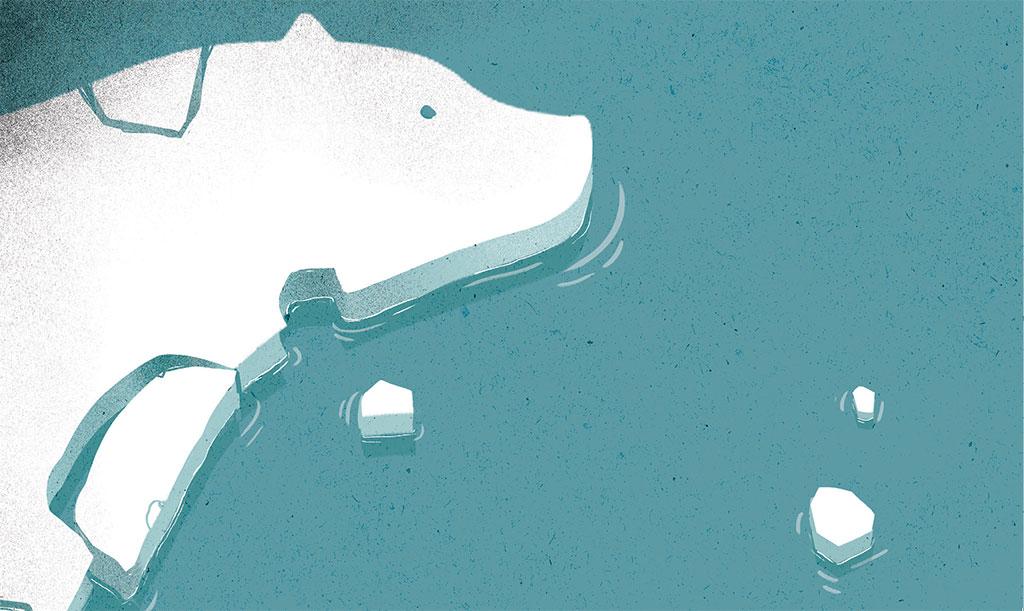 It is through such descriptions that Serreze provides a chronological account of how research on the Arctic—and by extension global warming as a whole—evolved over the last two decades. He discusses important studies and major breakthroughs that have paved the way to our present understanding of the Arctic. In a way, the biggest achievement of the book lies in its ability to showcase the messiness and imperfections of scientific research. It provides a behind the scenes account of how the production of knowledge takes place with each new study building on earlier works until the cumulative weight of research reaches a critical threshold that turns a theory into a widely accepted “fact”. And therein lies the irony too, for it is hard to find any other modern scientific “fact” facing as much denial and backlash as climate change. Perhaps astutely, the author delves into the politics of climate change only briefly towards the end of the book to highlight the significance of public involvement and government support for independent academic research.

At its heart, Brave New Arctic remains a personal narrative of the author as he got over his ambivalence and doubts to take a publicised stand in 2008 about the Arctic seaice cover being in a “death spiral”. Serreze captures his desperation of getting the word out when while testifying to a US Senate Committee, he shed all nuance and doubt to declare that global warming was indeed the culprit behind the decline in seaice cover. A statement he later justified by saying, “When speaking to the hard of hearing, one should speak a little louder.” Given the lukewarm reaction to the recent Intergovernmental Panel on Climate Change’s special report, Global Warming of 1.5°C, one wonders if Serreze was loud enough.