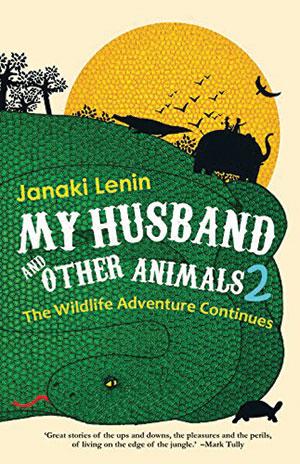 JANAKI LENIN describes her experiences of living with veteran herpetologist, Romulus Whitaker, in this sequel My husband and other animals 2: The wildlife adventure continues. Through these 81 stories, we not only learn about unknown facets about mammals, reptiles, birds, amphibians and fish, but also about what it is to be human. Each story is peppered with astute observations, logical inquiry and deduction, light-hearted humour, serious insights and most of all, overarching curiosity about the world around us and the secrets that it seemingly hides.

For instance, did you know that palm civets are crazy about toddy and coffee? Or that humans can “unlearn” their fear of snakes. One of the names of the King Cobra is the Hamadryad, Greek for “nymph of the woods”, given to it by Danish scientist Theodore Edward Cantor for its extraordinary physical beauty. Donkeys can give humans rabid bites. Bull crocodiles are caring fathers. As are male tigers and leopards, contrary to conventional wisdom. Crocodilians can climb well, with the mugger or the marsh crocodile of the Subcontinent leading the pack. Some carnivores are frugivorous too. And Leatherback turtles, the largest in the world, regularly cross oceans.

Some of these stories may sound bizarre, but are, in fact, proof of the keen observational skills of the author. Take for example the two stories on poop. In one, Lenin writes how many animal species, ranging from lagomorphs like hares to dogs to iguanas and pigs eat their own and other species’ faeces since it gives them nutritional supplements or even gut flora.

Lenin also writes on two topics about the human condition. In “Why do Men Rape?” she examines corresponding examples from other animal species and shows that non-human males also rape; these include drakes, ganders, orangutans and bottle nose dolphins. She compares scientific literature on rape and deliberates on the age-old question: is rape about sex and innate behaviour or is it about power and learnt behaviour? She concludes that we cannot take these two exclusively. Rather, rape is a product of both these two phenomena. 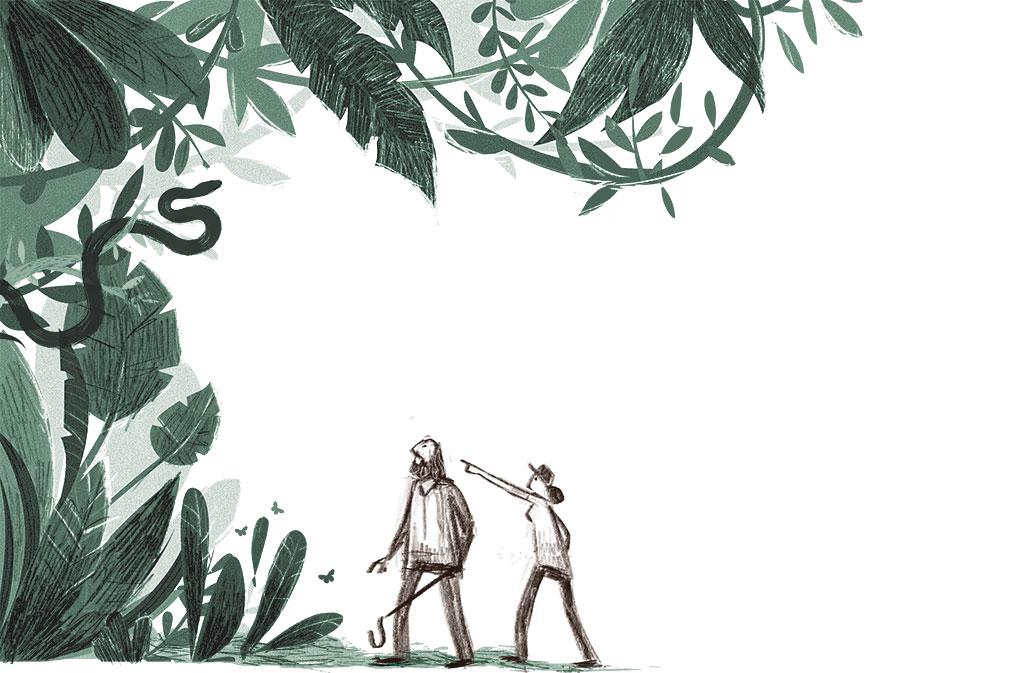 In her two stories about homosexuality, Lenin is very clear: homosexuality cannot be against the order of nature. She concludes that there is no one single explanation yet as to why homosexual behaviour evolved in human and non-human species. Some pieces are very dark. For instance, in “The High Price of Sex”, Lenin writes about a male King Cobra killing and nearly devouring his own mate. King Cobras are snake eaters is well-known. Their very scientific name is testament to that: Ophiophagus Hannah, snake eater. But the fact that they can eat each other came as a dark surprise.

There are essays that also show how dangerous working with animals is. Sample this: “One basking croc suddenly woke up to find a human (Rom) almost nose to nose, taking its picture. When it dove under the coracle (boat), the pointy scales on its back rubbed rat-a-tat against the bamboo ribs.”

In the end though, the book is a homage to Rom Whitaker. The book reveals some hitherto unknown facts about his life. Like when he was bitten by a prairie rattlesnake in Texas in 1966, he had to become a lab rat for an experimental treatment called cryotherapy involving ice. Whitaker consequently lost the use of his right index finger. A few years later, cryotherapy was discredited. Or that he gave up his US citizenship and took up Indian citizenship in 1975 to study the fauna of the Andaman and Nicobar Islands, which were then off-limits to foreign nationals. The book is easy to read, jocular, serious, trivial as well as detailed. Go for it.