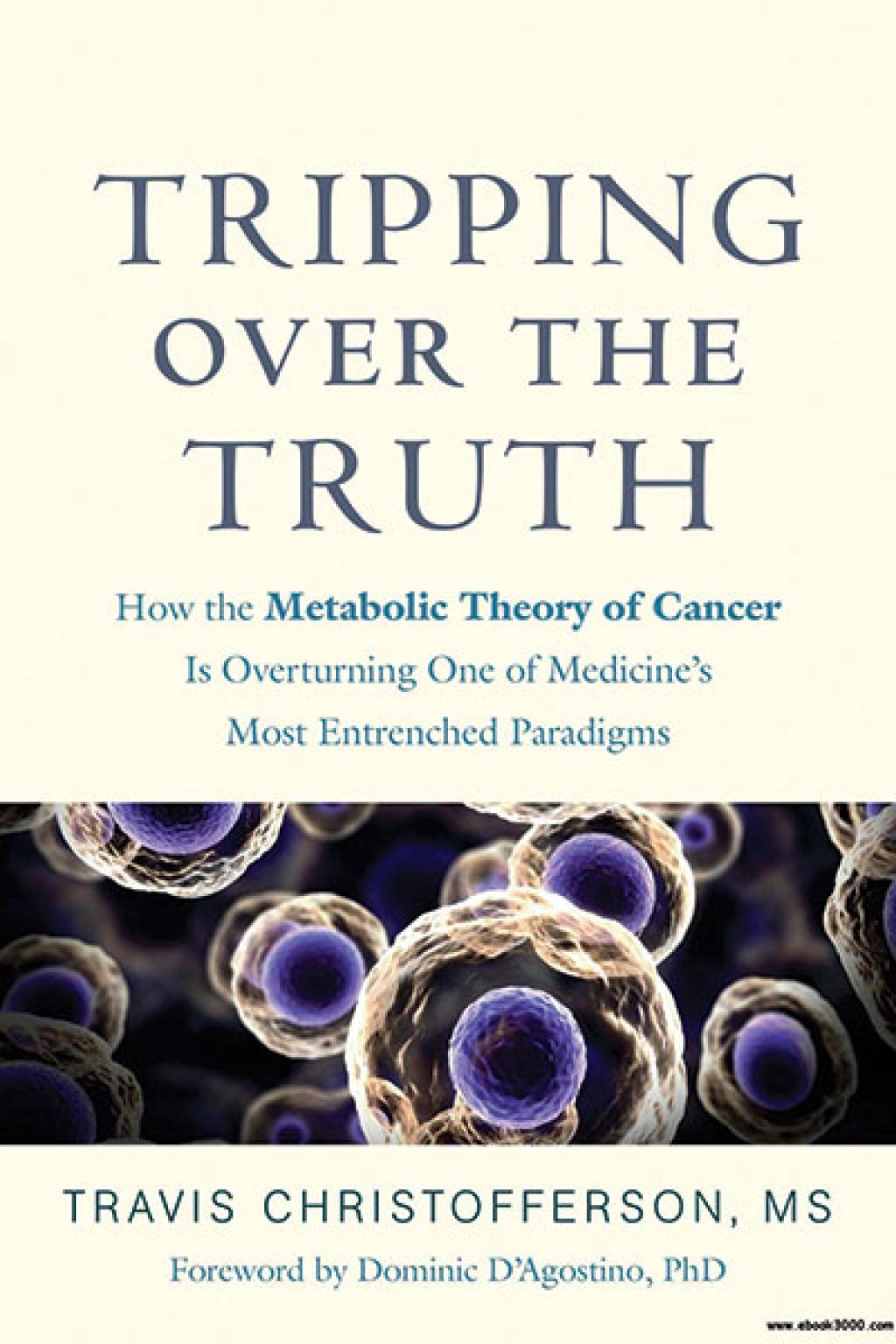 In what reads like a mystery novel, Christofferson proposes the theory of deranged metabolism and not genetic mutation as the likely cause of cancer 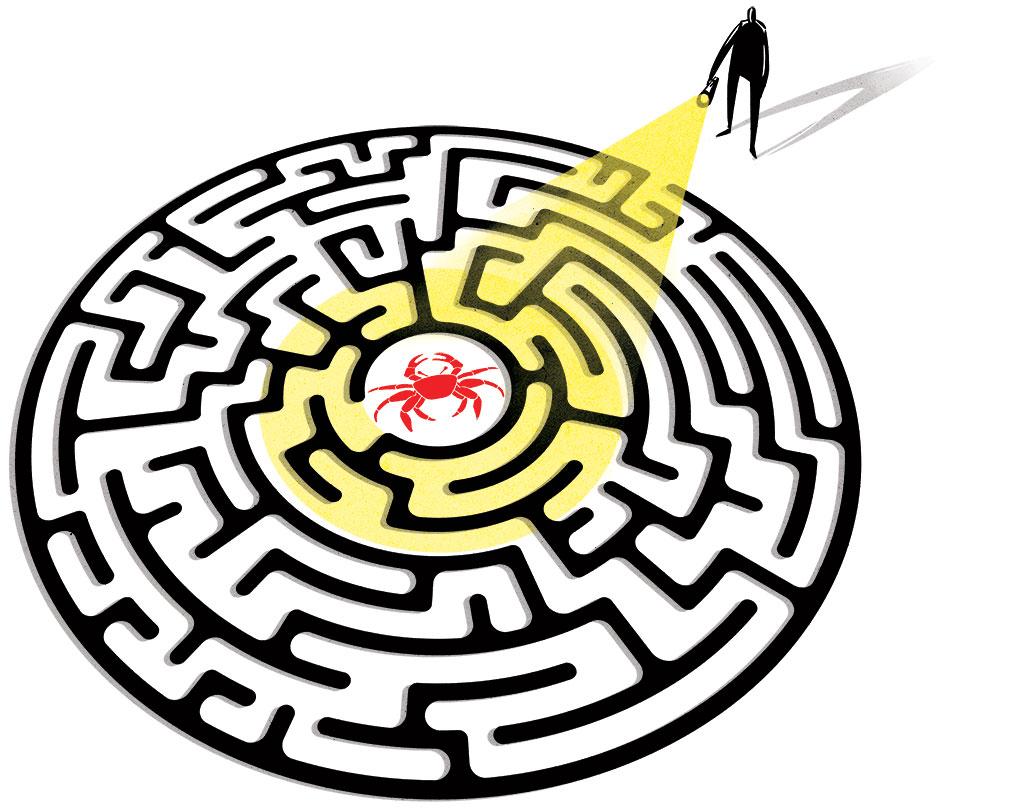 CANCER IS one of the most baffling diseases. It defies being defined. After centuries of investigations, scientists still sum it up in vague phrases like it is “a large group of diseases”, more than a hundred, maybe two hundred! One thing almost everyone appears sure of is that cancer is caused by genetic mutations. It is this bedrock of understanding that science writer Travis Christofferson shakes in Tripping over the Truth.

He is not the first one to do so. In 2012, biology professor Thomas Seyfried, who had accidently plunged into cancer research, wrote a book called Cancer as a Metabolic Disease. In it, Seyfried compiled a formidable body of evidence challenging the established genetic theory of cancer’s origin, and reviving an old theory first proposed by Nobel laureate Otto Warburg in 1924. Warburg was convinced that cancer was caused by deranged metabolism of body cells. In his words “the prime cause of cancer is the replacement of the respiration of oxygen in normal body cells by a fermentation of sugar” to produce energy.

Seyfried dusted off the nearly forgotten theory of Warburg, refurbished it with the work of other scientists and linked the damaged respiration, or metabolism, of the cell to the uncontrolled growth. He proposed that when damaged power plants of the cell called mitochondria are unable to generate enough energy, they send emergency signals to the nucleus, which changes the expression of a number of genes. Most of these genes play a role in cell metabolism as well as other operations such as cell division, changing the profile of the cell to cancerous. Continued distress signal leads to genetic instability, which then results in mutations. Seen in this way, genetic mutations are the side-effects, not the cause of the disease.

But Seyfried did not write the book with the layperson in mind. This is where Christofferson steps in. The latter was so profoundly affected by Seyfried’s work that he felt compelled to write another book to take the alternative view of the origin of cancer to a wider audience. His academic training in molecular biology comes handy in helping readers visualise the battleground of the two competing theories: the cell.

Christofferson takes us back to the late 18th century, when the first carcinogen was identified, and starts showing us how different views on cancer’s origin germinated, how it came to be understood as a genetic disease, how with greater evidence the metabolic theory makes even more sense today. Like a master storyteller, he brings scientists alive with copious biographical details, builds suspense and tension as he takes the reader through lab discoveries, case studies and clinical trials. For most part the book reads like a mystery novel as the veil over the metabolic view of the disease is lifted only a bit at a time.

At one place, the author himself compares the eclipsing of the metabolic view by the genetic one to a murder mystery, where the prime suspect is a man found at the crime scene covered in blood and holding a knife but on investigation no evidence links him to the murder, forcing the detective to consider other possibilities. Such a moment of reconsideration in cancer research came in the beginning of this century when The Cancer Genome Atlas kicked off. Scientists were forced to look beyond mutations to explain the “emperor of all maladies”, when they started decoding cancer genomes in the beginning of this century. As the results started pouring in, the scientific community was in for a shock. No distinctive sequence of mutations was found that could explain how a particular type of cancer is caused. Mutations for a single kind of cancer varied not only from person to person but also from cell to cell within a single tumour.

“Maybe we have mischaracterized the origin of cancer,” Christofferson writes. He gives no conspiracy angle. Instead, he blames large-scale group thinking, institutional inertia and Mother Nature. “With exquisite deception, she (Nature) covered one theory with the other, artfully disguising them so that one looks like the other.” He deftly shows how a large body of evidence points in both the directions—genetic as well as metabolic origin. For example, carcinogens can damage both nuclear DNA and mitochondria, the site of energy generation.

The real importance of the book, however, lies not in catapulting an obscured view of cancer into public imagination, but in highlighting the therapeutic implications of it. If cancer is seen as a genetic disease, the target for developing cures becomes random since mutations vary from person to person and cell to cell. But when viewed as a metabolic disease, the target is constant as metabolic defects are same in most cancer cells.

Over the past decade, a number of therapies exploiting cancer metabolism have been developed but their true potential can only be known when they go through clinical trials. In the second, updated edition of the book released in 2017, Christofferson gives us a glimpse of several metabolic-based therapies, most of them in the pre-clinical stage. The author, however, does not talk about one dimension of cancer research that throws new light on the disease: the role of insulin and insulin-like growth factors.

At present, very few scientists entertain the metabolic view of cancer; many are not even aware of it. It may not even turn out to be an exact explanation of the elusive disease. But if the genetic line of approach has led to a sort of dead end in developing complete cures, the metabolic approach, the author argues, is the best place to turn to.