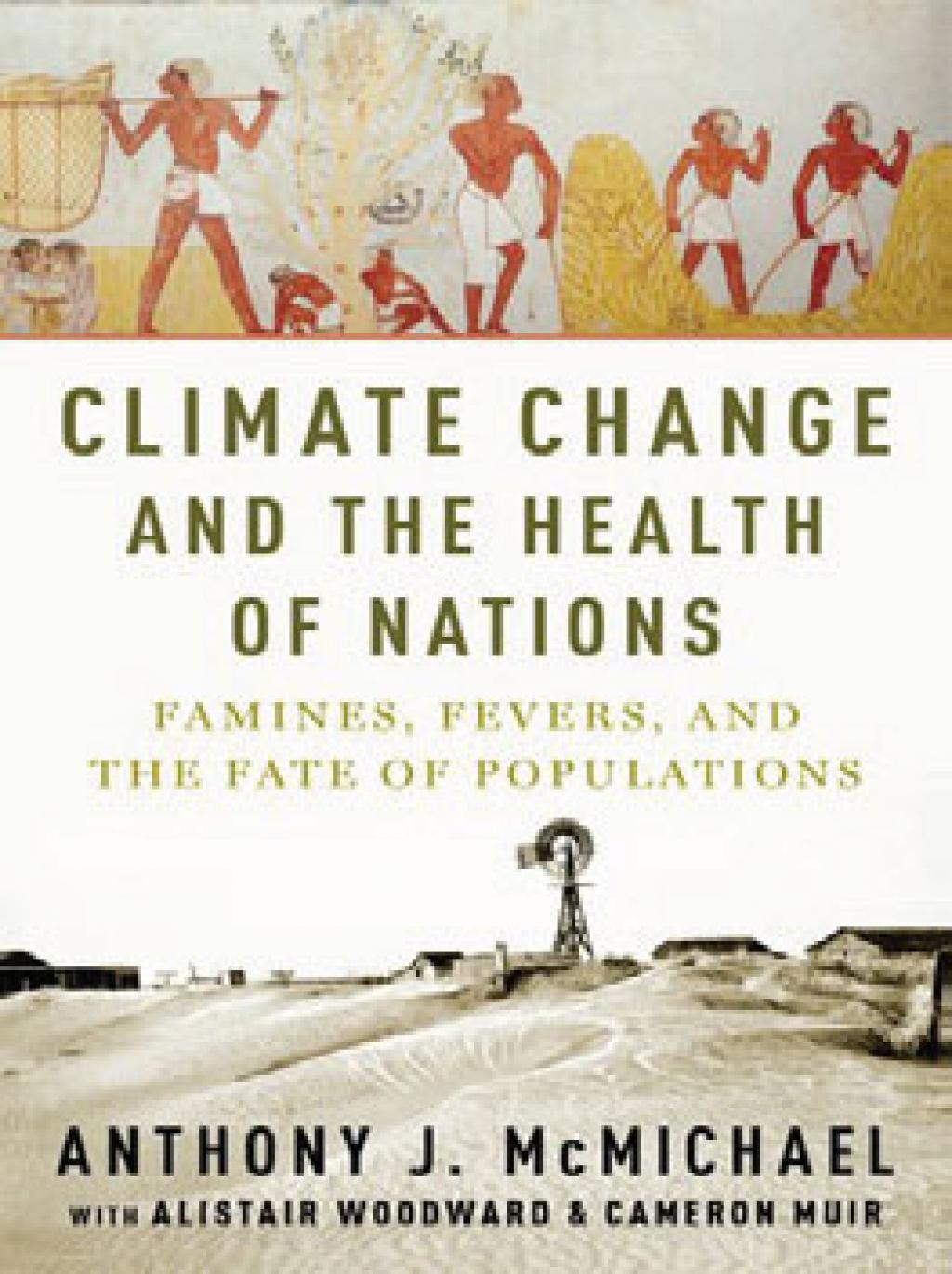 Anthony McMichael takes us on a tour across epochs, showing how collapse of civilisations has roots in climate change 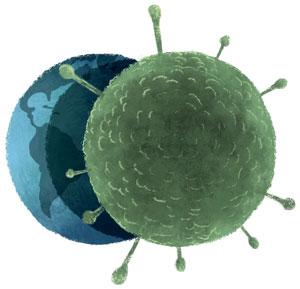 Climate change not only killed 18th-century composer Wolfgang Mozart, but also Frederic Chopin and Felix Mendelssohn, who succumbed to tuberculosis in their late 30s after having spent “their susceptible early childhood years in unusually cold conditions” in the second decade of 19th century. While climate catastrophe tested societies in the past, it will act as a multiplier of crisis in the 21st century, observes Climate Change and the Health of Nations—a posthumous publication by renowned epidemiologist Anthony J McMichael.

Serious in a way only a scientific narrative can be the book deals in facts and analyses to back its arguments. The author holds the “super-colossal” 1815 eruption of Mount Tambora responsible for the death of Chopin and Mendelssohn. It ushered in a phase of global climate cooling and erratic weather patterns.

McMichael, (who passed away while writing the book, which was then completed by Alistair Woodward and Cameron Muir—his colleagues at the Australian National University, Canberra), in 388-odd pages, establishes the cause-effect relationship between the changing climate and the rise and fall of civilisations.

The author observes, “Novel infectious diseases could appear if cross-species microbial traffic (transfer of infectious agents) increases in response to the (climatic) changes.” He gives example of bats, which are responsible for Nipah virus transmission, and explains how climate change can make them change their roosting sites. He recounts that Nipah virus outbreak was first reported from Malaysia in 1998 “during a severe El Niño event when the forests were damaged by extreme fires, heat and smoke that reduced fruit yields.” In the absence of food, bats took to fruit orchards in the adjoining commercial pig farms, thus, infecting pigs with their half-eaten fruits. The humans were next in line.

Change in wind pattern due to climate change could increase the geographical range of Kawasaki disease, McMichael warns. The disease, which impairs the supply of blood to heart in children, occurs 20 times more frequently in Japan due to strong westerly winds coming from southeast Russia and Mongolia. The disease-causing microbes travel by attaching themselves to tiny dust particles in the wind. 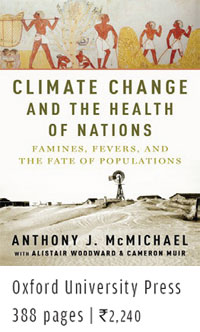 The book approaches this relationship between climate change and the “health of nations” from different angles. It talks of the rise in diseases, crises in food production and wars and invasions—all with climate change as a backdrop.

While the climate change favoured the inception of humanity, it has not been so benevolent at other times. The change in global climate led to the collapse of the three Bronze Age civilisations—Mesopotamia, Egypt and upper Indian subcontinent. Situated between 23°N and 33°N latitude, their climatic pattern was influenced by dry subtropical ridge—a high-pressure belt in northern hemisphere (centred on 30°N). During 3300-2300 BC, this ridge shifted northward, disrupting the monsoons in Mesopotamia and Harappa. This disruption, accompanied by global cooling, led to serious food crisis, finally culminating in the collapse of these civilisations.

The fate of the Romans was much more gruesome. The growth of the Roman Empire started from 300 BC, during a phase of global warming known as “The Roman Warm”. The empire collapsed around 300 AD, the same time when the warming phase ended. Once again, temperature anomaly led to food crisis triggering political instability. The Roman fall was exacerbated by the spread of pestilences. First to strike was the Antonine Plague (166-190 AD) that claimed 7-10 million lives. According to McMichael, the disease was plausibly due to smallpox, a disease that spreads in cool and dry conditions. Much worse was the Plague of Justinian (or bubonic plague) that was the last nail in the Roman coffin. The bubonic plague wiped out half a million people of Constantinople within four days of onset in 542 BC. Here too, climate change set the stage for the spread of pandemic. The sudden 2-3°C decline in global temperature between 536-545 AD helped rats and fleas transport the plague bacterium (Yersinia pestis) to the Mediterranean region.

Just like the Romans, we might one day find ourselves wedged between famine, plague and war. The future can be different and that depends on how the world arrives at a collective understanding of climate change, leading to progressive action.