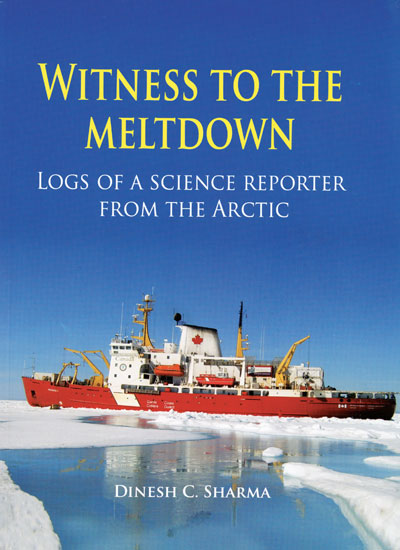 Diving in the Arctic

Dinesh C Sharma is the first Asian journalist to go to the Arctic to report on an ongoing international scientific expedition to study climate change. In this excerpt from his book Witness to Meltdown, he writes about an important means of data collection—scientific diving

Witness to the meltdown: Logs of A science reporter from the Arctic
by Dinesh C Sharma Vigyan Prasar | 83 pages | Rs 200 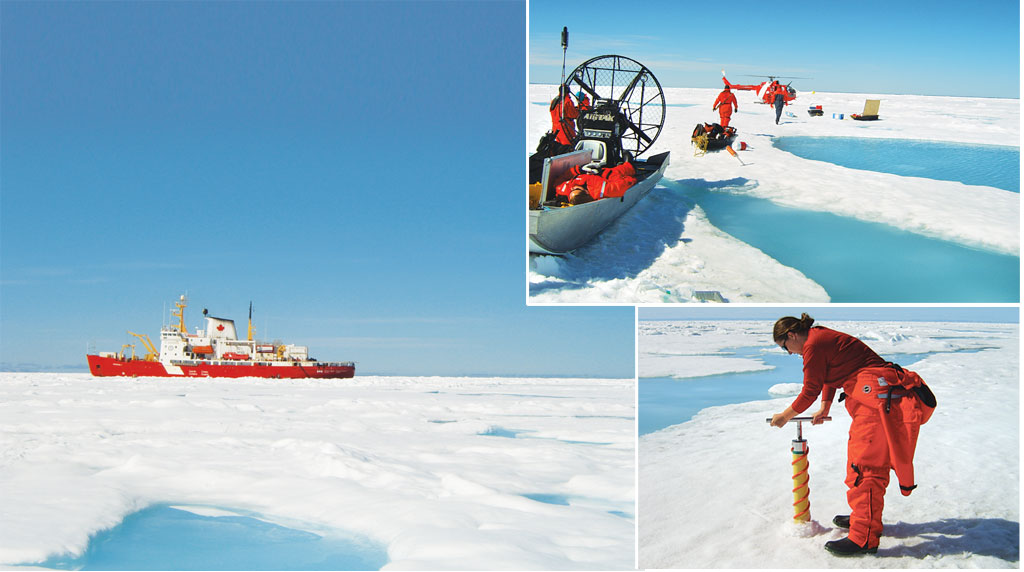 Scientists deployed different methods for data collec-tion, observation and experimentation during the year-long outing. Besides using facilities on the ship, research teams work on temporary ice camps they set up. During my stay, I was witness to another important means of data collection—scientific diving. The best way to study melting and its impact on biological life in the Arctic Ocean is to physically go under this ice and see what’s happening. That’s what a rare breed of scientists and oceanographers called ice divers do.

During its year-long sojourn, Amundsen (the ship) always had a couple of scientific divers on board. Almost every day, divers are out in the field—in ice camps—for diving under the ice. Usually holes in the ice created by seals are used for diving below the ice surface. If such holes are not available, fast ice is cut through to dig dive holes. Divers equipped with a variety of scientific equipment then dive into these holes and move horizontally along the underside of the ice. The interface of ice and marine water is a scientifically important region. Sandwiched between the bottom of the ice and sea water is ‘melt water’—a result of melting of the ice.

The experience of scientific diving is almost surreal. “Above is the ice and below is the deep blue ocean going up to 80 metres. I get a great feeling of being suspended in space, but keep checking my dive line to make sure I am still attached, because there is no way that I can find my way back to the dive hold if I lose the line,” Dr Haakon Hop, senior research scientist at the Norwegian Polar Institute, Tromsø, and a member of the diving team on Amundsen, told me. “I dive with communications, so that I can talk with my ‘line man’ in my full-face dive mask, although it is not that easy to talk with a mouth piece in the way.”

Dr Hop has been diving for almost three decades now, starting with recreational diving. He took to scientific diving in 1995. Besides diving during scientific cruises, Dr Hop pursues his research on marine food chains in the Arctic and the effect of climate change on these marine food chains.

On the day I witnessed the diving expedition, Dr Hop was accompanied by Jeremy Stewart, leader of the diving team. Jeremy coordinates the national dive programme of the Canadian government’s Department of Fisheries and Oceans. He began recreational diving at the age of 12 and has been diving in open seas and in the Arctic region for the past 19 years. “Cold limits our time in the water. We have to carry a lot of extra gear and equipment. When we are diving under ice, we just can’t come straight up if there is a problem. Our dive plan allows us to dive till 20 metres but we typically stay right underneath the ice. Horizontally, we go up to 50 metres,” Stewart explained.

Unlike recreational diving when one is just observing, scientific diving involves collecting samples and taking measurements. The objective of diving missions onboard Amundsen was to collect different types of samples for scientists for under ice measurements. Divers carry light metres connected by a wire which goes along the edge of the ice or dive hold. They hold this instrument for 10 seconds at spots indicated by researchers on the ground. As ice melts, more light is absorbed in the melt ponds and this passes through the ice below. Higher the melting, greater is the absorption of light in the water column, which in turn means faster melting. Divers measure how much light goes through the ice. If there is snow cover on the ice, most of the light is absorbed in the ice. Then it is typically very dark underneath.

“We measure how much light is penetrating through the ice. This can tell researchers how fast the ice is melting. We collect data on algae cover on the underside of the ice. But here we have not seen any algae in this region but just a thick melt water layer 50 to 20 cm below the ice. There are some pretty big ice crystals sticking out from this melt water layer, indicating very rapid melting. So we determine the thickness of the ice in the melt ponds and also light levels,” Dr Hop said. For collecting biological samples, divers use underwater vacuum cleaners like suction pumps through which water samples are collected. For sampling water just at the interface of the ice and the water column, a ‘slurp gun’ is used.

Watching both Hop and Jeremy in action makes one realise that scientific diving is a tough job. Even with thick diving suits, it can get very cold under ice where temperatures go below zero. “Diving into —1.7 degrees Celsius cold water seems easy but at the end of a one hour dive it can be quite chilly, particularly on the fingers,” said Hop. Are ice divers a rare breed? Perhaps yes, he says. “It is not for everybody, you have to be able to sustain yourself certain level of freezing. It is a matter of how well you can cope with cold. Yesterday I had three dives, today had two dives. Each dive could be one hour each or more.”