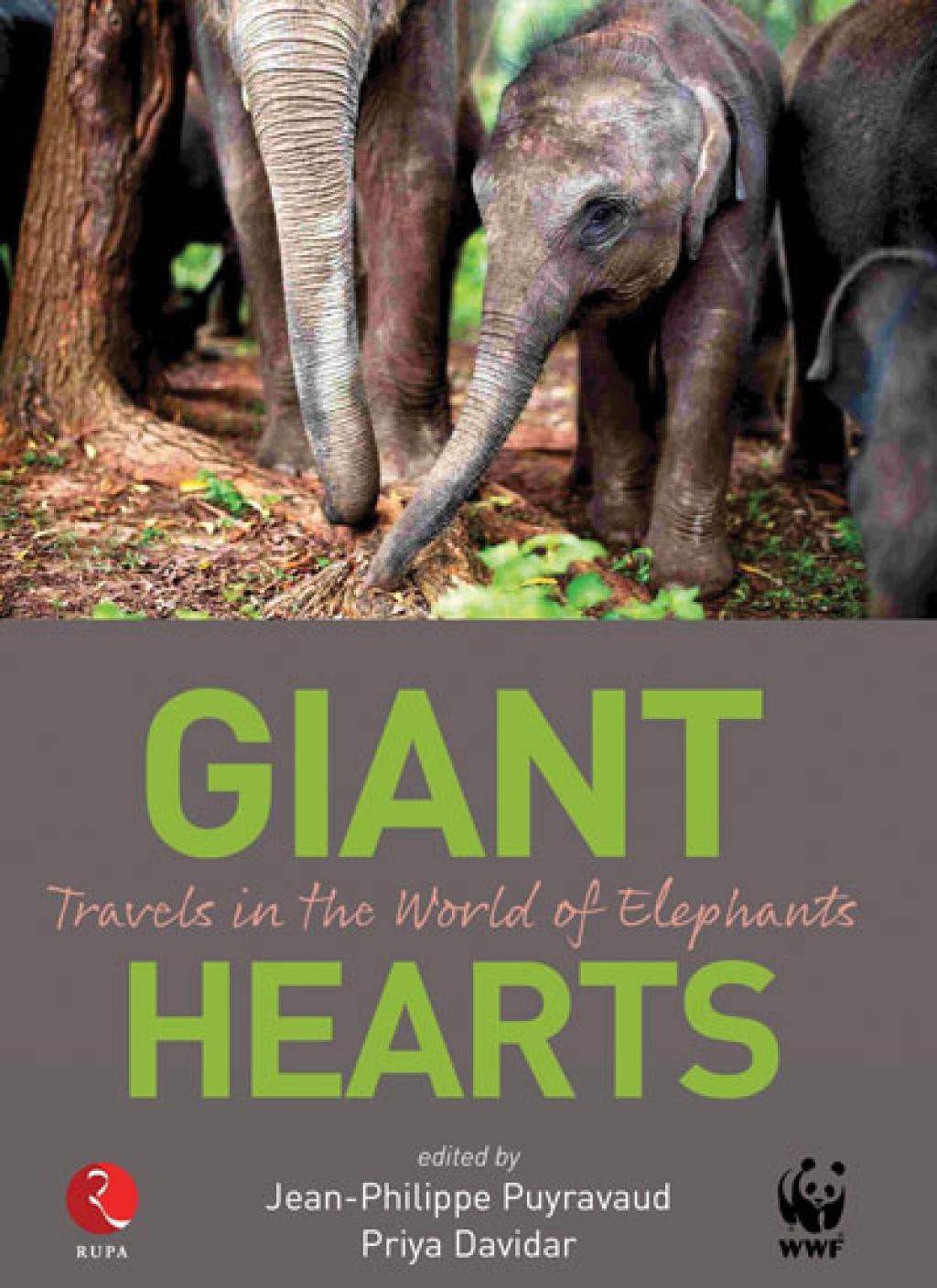 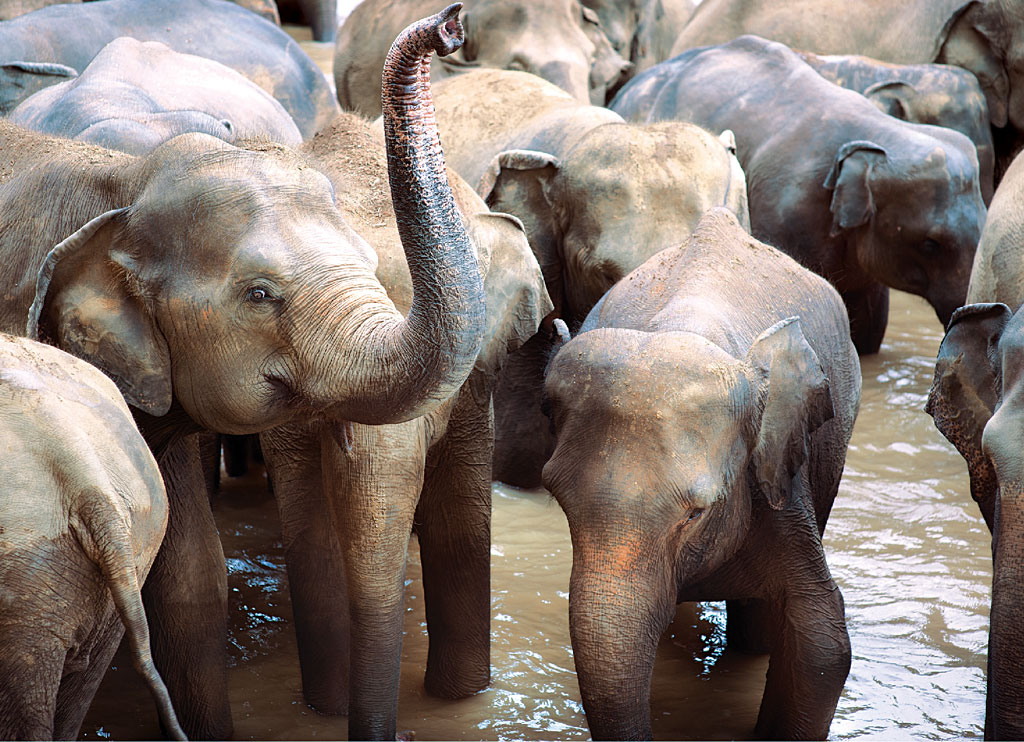 The similarities between elephants and humans are far reaching and call for an attitude of human-elephant coexistence. We, in the absence of medical advances, share a similar lifespan of around 60-70 years. Like humans, their mammary glands are located between the forelegs which enable the nursing young to be constantly reassured by the prehensile trunk. As a mother can stroke or even groom her suckling baby in a dexterous way, elephant cows ensure strong bonds with their infants right from the start by making extensive use of their tactile and flexible trunks.

At birth, an elephant’s brain is 35 per cent of the adult weight which is comparable to 26 per cent in man as opposed to 90 per cent of the adult weight in most other mammals. Hence elephants and humans both share a prolonged period of learning and flexibility in behaviour as they slowly develop into adulthood. Elephants’ brains have a relatively large hippocampus (a comp-onent of the brain that is involved in storing memory) compared to primates which may explain their long social and chemical memories. Consequently they keep track spatially of where other individuals are relative to themselves, and it has even been shown that elephants can recognise groups of humans that pose different degrees of danger.

Elephants are known to be “hypersensitive”, being able to pick up, feel and react to a broader range of stimuli than we can. Sadly, this state of “hypersensitivity” is often negatively perceived and even described as “abnormal” or excessive in its psychological or physical response—particularly in societies that regard reason and logic as the fundamental ways to apprehend life. However,

I would argue that the idea of hypersensitivity should be regarded as a positive state, enabling living beings to pick up on and respond to one another’s emotions with greater sensitivity, from which there could be so many benefits. For example, a heightened sense of sensitivity and self and others would allow us to be aware of how we affect one another, and how we feel about situations as they unfold. This has the potential to reduce conflicts and help us to lead richer and more connected lives.

The author is a freelance photographer studying in Germany

My staff wanted to finish all the formalities of postmortem but I stopped them. I sat on a boulder, as a helpless soul for hours, also mourning, letting the elephants alone. But my responsibilities were to lead a team and establish facts, as per the law.

The Range Officer and staff tried different methods to chase the mother away by making noise and creating smoke, but in vain. She turned frantic and chased the staff. Suddenly she looked around and saw a pine tree that was leaning across the road. She placed her feet gently on the leaning pine tree and pushed it in front of her baby. After forming this barricade she stopped for a few minutes in silence, to give a last look sadly at her dead child and then quietly left the place. The veterinary doctor conducted the postmortem and gave a report that the calf died by asphyxiation due to a fire set a few days ago. 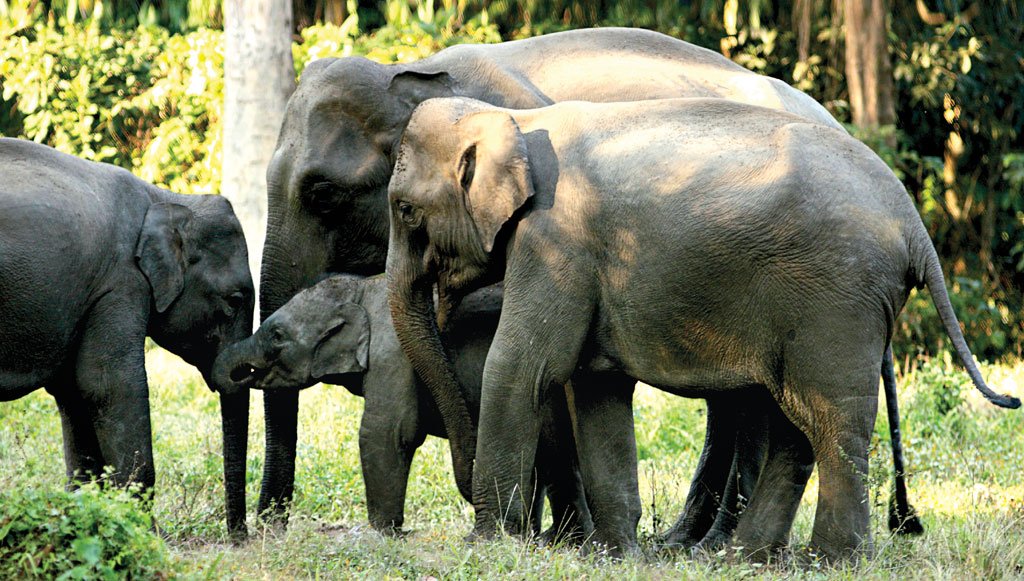 It is a common sight to see captive elephants begging on roads, standing for hours in a temple, taking tourists for rides, being used in weddings, garlanding politicians and a host of unnatural activities that contribute to their stress and torture. There is no institution in the country, apart from the Forest Departments, that can afford to keep elephants without using them for commercial

purposes. Elephants, with their unique emotional and physical needs, are worst suited to captivity. They suffer from severe isolation and depression with stress related diseases in temples, circuses and tourism industries.

Elephant calves are smuggled, trucked and walked after being illegally captured from the dense forests of north-east India. They are distributed through illegal networks to the urban ghettos of Rajasthan and garbage dumps under flyovers in Punjab. They are sent for begging alms to mathas (monastic establishments) and temples of central and south India, and used and exploited as eco-tourism props in shady tourist camps of Goa. Relentless torture in festivals in Kerala is the worst that could befall these magnificent animals. For many, as we can see, the elephant remains an insensitive beast. Is it because of ignorance, insensitivity, greed or simply because the law is not clear enough?

Ganguly wrote Gods in Chains, a book on the plight of captive elephants in India

Expert opinions differ on the meaning of musth. Modern biologist would call it “rut”, a period with enlarged testicles, increased levels of male sex hormones and active skin glands. Tribal elephant people would agree, since they know that during his musth period, which lasts a maximum of three to four weeks, an adult bull spends most of his time in search or in company of estrus females. Later he will defend his mating partners against potential competitors and will scent-mark his respective position with urine drips

and the secretion of his temporal glands and communicate with infrasonic signals. However, elephant trainers and keepers in a traditional circus or zoo would consider musth as a sign of mental disease or malfunction of the liver. And the priests in Buddhist and Hindu temples would quote age old wisdom of the relation between duration of musth and wealth of the kingdom and its ruler. Such extreme discrepancies in interpretation of a biological phenomenon reflect different sources of knowledge for the respective expert and/or different keeping systems for the respective elephants. As a matter of fact, keeping system differs extremely.