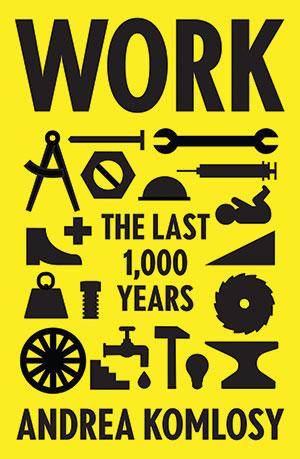 IN THE 19th century, when Karl Marx was expounding social theories based on labour relations, his son-in-law, Paul Lafargue, who was a political writer, wrote The Right to be Lazy in 1883. It was a critique of the importance placed by Marx on work. Lafargue’s treatise on the importance of idleness were pronounced as absurd at that time, his ideas are now seen as the first ones proscribing consumerism and encouraging de-growth. Ideas from The Right to be Lazy were later picked up by alternative social movements in the developed countries in the 1970s questioning consumption and the need for gainful employment, so much as that a conference called the Tunix Congress (from the German word, tu’nichts meaning “do nothing”) was organised at the Technical University of Berlin in January 1978.

Andrea Komlosy, in her book, Work: The last 1,000 years, traces developments such as Lafargue’s right to be lazy and places them in long history of the evolution of work over the years. The book gives readers a glimpse of what it meant to be a “worker” in different periods of history, based on the social status one enjoyed then.

The book is written in well-defined thematic sections that give the reader a thorough understanding of how labour as well as labour profiles have changed over the ages. For example, if one were a citizen in a Greek polis in the 4th century BC, life would have been one of pursuit of knowledge, or praxis as the Greeks called it. But if one were a slave, he/she would have to do only menial work. Komlosy says that in Greek society, manual or paid labour, including trade, was looked down upon. In Greek society, Komlosy writes, “Free citizens distinguished themselves by the fact that they neither worked nor engaged in business, but rather dedicated themselves to education and taking part in political life.” This utter disdain towards labour continued in the Roman Empire, though in a watered down form—the Romans liked their peasants and craftmakers. However, such happy times were to soon become a thing of the past with the coming of Christianity.

While the pain and suffering associated with the idea of work remained, the Judaeo-Christian notions of work gave it a cosmic spin. For them, work and its associated hardships, was something “that people had to bear, constituting a form of heavenly punishment as part of their ‘expulsion from Paradise’ ”. Gone were the days when idleness was idealised, from the 1st century onwards; only the clergy and the nobility could escape the pangs of manual labour necessary for survival. 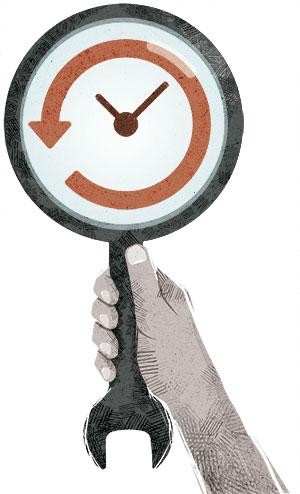 Komlosy’s book divides humanity’s attitude towards work in three contrasting trends: overcoming, idealising and transformative. The first two being prevalent in the Greco-Roman and the Christian periods respectively and the last trend emerging in the second half of the 19th century with the emergence of social reforms, unions and women’s movements.

The book also divides work in terms of categories like organised/unorganised, shadow work (the time spent in queues, searching for commodities while shopping online) and unpaid/invaluable work. Komlosy also talks about caste in the Indian context and how it is a category of its own, which she calls, “dishonourable, dishonest or unclean” work. She points out how a section of the populace is relegated to doing work that others do not find fit to perform. Although she hasn’t used the words in her book, but in essence her critique of dishonourable work and its manifestation through caste is similar to the explanation of caste as a division of labourers, rather than labour.

The book, which has been translated from German, describes how work has come to be in the present times. In what the author calls the post-industrial, post-Fordist industrial world marked by globalism and a decline of labour organisations, the notions of work and workers has changed significantly.

An unequal world, devoid of social security especially in the newly industrialised countries coupled by the advance of digital technologies and changes in the employment contracts, has given rise to a new class of “social climbers”—well-educated, masters of digital working processes and communication—who have internalised new career demands and show no interest in union organisations.

Komlosy says that these “climbers” are very loyal and show flexibility and strong commitment, and for that they are well paid, which is a “compensation for the lack of social security due to short term contracts and frequent chants of employers”. Komlosy here is talking about the new “gig economy” consisting of the teeming millions of freelancers, short-term contractual employees who aren’t covered by any social security scheme by their employer, and can be hired and fired at the latter’s will. What Komlosy describes is a phenomenon that has started gaining some attention at least in the US. Analysts have predicted that in the US, around 7 million people will be working in the gig economy by the end of 2018, which is 26 per cent higher than in 2017. It’s not a surprise when nearly 30 per cent of Americans, half of them millennial, are freelancers.

Komlosy’s work points towards a crisis that is swelling. She stresses on the flaws in the policies of emerging countries which solely rely on wage restraints and low consumption to speed through their phase of “catch-up development.” The solution, according to her, is to take measures to integrate migrant workers, the landless and day labourers into the social security systems and facilitate social mobility for the middle-classes.