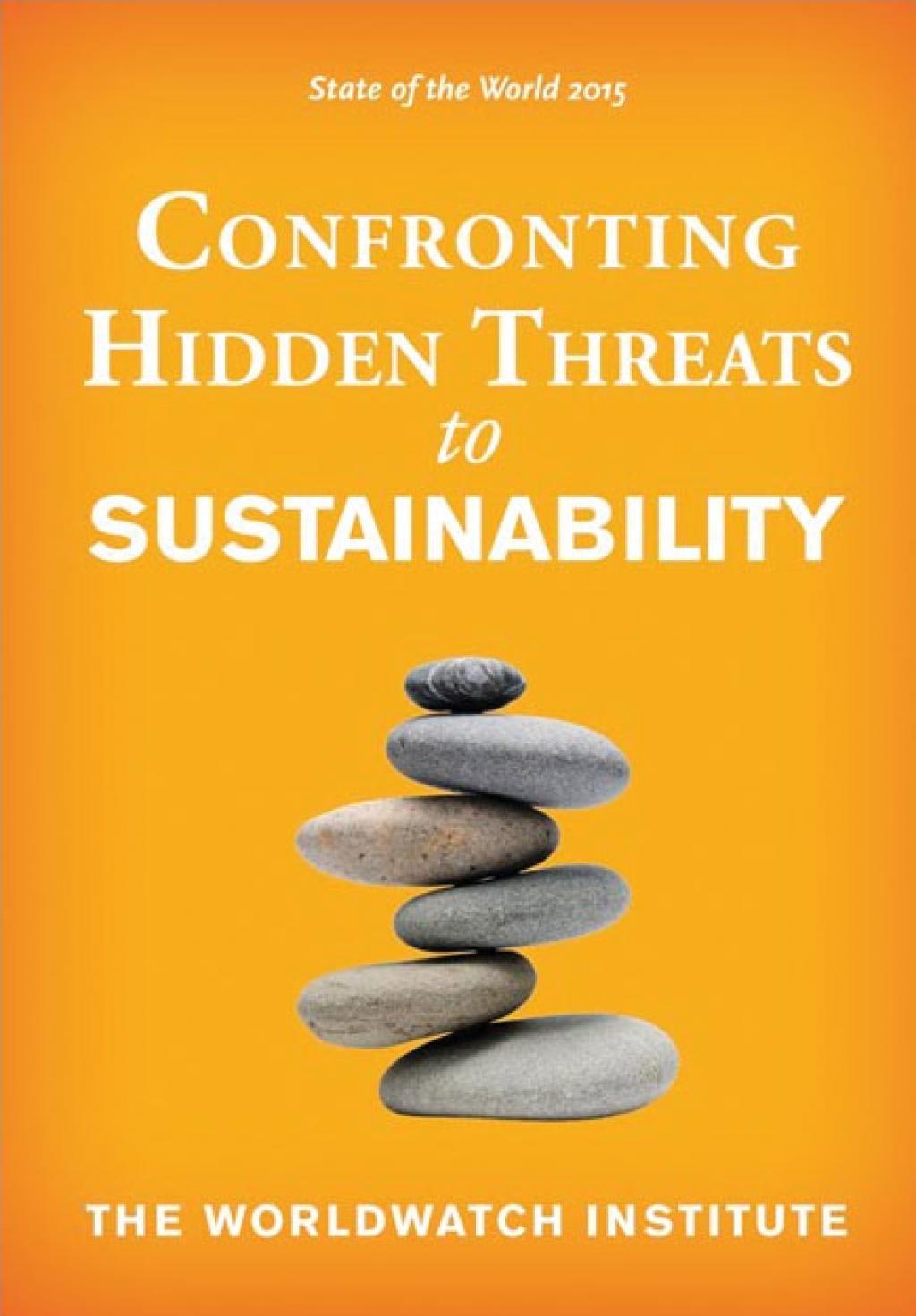 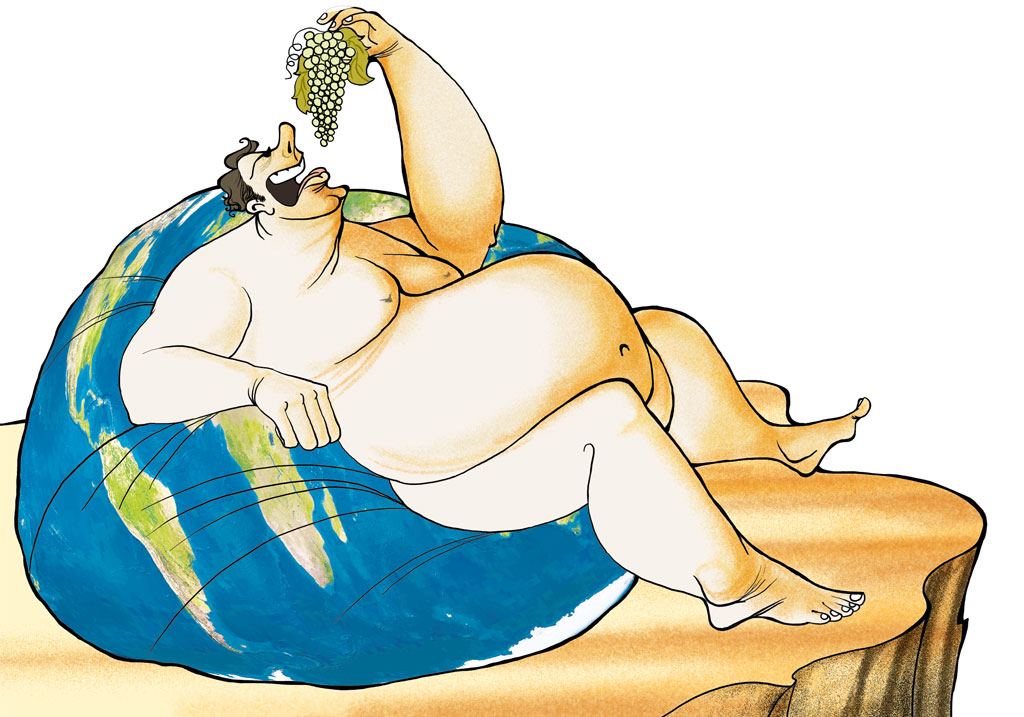 Terrorism is perceived globally as a major threat to security, but there is a more basic and pervasive source of insecurity made up of a combination of trends that characterise today’s global scenario-the fanatical pursuit of GDP growth as the sole measure of development, ignoring the qualitative dimensions of ‘wellbeing’ that cannot be quantified but are nevertheless vitally important, and the rapacious use of natural resources. Together, these trends spawn as much violence and insecurities as armed conflicts. Using convincing arguments, buttressed by incontrovertible data, State of the World 2015: Confronting Hidden Threats to Sustainability issues a warning signal that no country, developed or developing, can afford to ignore.

If the GDP rises, but the vital parameters that go into making up of a “better life” witness a decline (social, environmental), then pursuing GDP growth alone is not a sustainable option. Because worsening of a quality of life leads to reduced productivity, and ultimately impairs GDP growth. We need a more realistic measure of progress that factors in social, environmental, cultural, and psychological dimensions of the “good life”, along with economic improvement, like the Index of Sustainable Economic Welfare (ISEW) or the “Genuine Progress Indicator” that add a dimension of social justice to economic indices.

Under today’s pervasive model of development, inequalities between the rich and the poor are widening (the top one per cent of the world’s population now owns 99 per cent of assets). Farms and forestlands, and commons, get appropriated in the name of industrialisation, causing migration of rural populations to cities in search of a living, leading to a decline in the parameters of their lives-more illness caused by pollution, crowding, lack of basic facilities in slums, loss of community support systems, rootlessness, alienation-all of which add up to insecurities that money earnings cannot offset. This kind of ‘development’ becomes a threat in the long run, by shredding the social fabric and promoting violence.

We need to move away from a model of development that measures only money incomes, disregarding other dimensions of ‘wellbeing’ (social, cultural and environmental). Disparities and deprivation drive people to desperation. Terrorism will not disappear as long as the roots of extremist violence-marginalisation, increasing social deprivation and disgruntlement-are not addressed. Growth without distributive justice creates insecurities, for the elite as well as for the deprived sections.

Instead of questioning the use of automobiles as a measure of progress, we are diverting foodgrains to produce ethanol as a “green option”! Does it make sense to use 35 per cent of corn produce to feed cars when 805 million people go hungry worldwide? Corn crops diverted to ethanol cause price rises, making imports costlier for developing nations-one-third of the world’s countries now import grains to feed their populations. The poor who cannot afford higher prices, become worse off in such a scenario. Growing dependence on imports also increases national insecurities and domination by suppliers. We develop land, not societies, and resort to indiscriminate use of chemicals to extract more from the land, feeding antibiotics and hormones to farm animals, leading to antibiotic resistance as a growing threat to humans (14,000 US citizens die annually from drug-resistant microbes, which is more than the casualties at the World Trade Centre) and the emergence of new diseases such as SARS, H1N1, mad cow disease, Ebola and HIV/AIDS etc. Thanks to globalisation, such diseases travel swiftly across countries, claiming more victims, and yet, we do not see these neoteric threats as dangerous or destabilising.

The report lists some suggestions. We can reduce food waste (high-income countries waste a whopping 220 million tonnes of food annually, enough to feed all of sub-Saharan Africa), instead of turning to contentious GM crops or over-harvesting from sea and land. We need to abandon the frenetic pursuit of “more”-more oil, more incomes, more appurtenances, more cars and more demand for energy. Periodic ballot box exercises alone do not constitute real democracy; we need what the report calls “deliberative democracy”, involving active, grassroots participation by citizens in political decisions that affect their lives and raising their voices against exclusion and iniquitous enrichment (which means non-profits and activists need to be encouraged, not muzzled).

In short, we need to adopt an inter-disciplinary perspective, covering economic, political, social, environmental, and cultural dimensions to ensure sustainable and meaningful progress.

The report also mentions “ethical stewardship” of resources to replace consumerist greed-which is what Mahatma Gandhi advocated when he spoke of “trusteeship” of resources, eschewing greed and minimising wants, putting people, rather than mega industrial projects, at the centre of all developmental decisions.

The author is a senior journalist